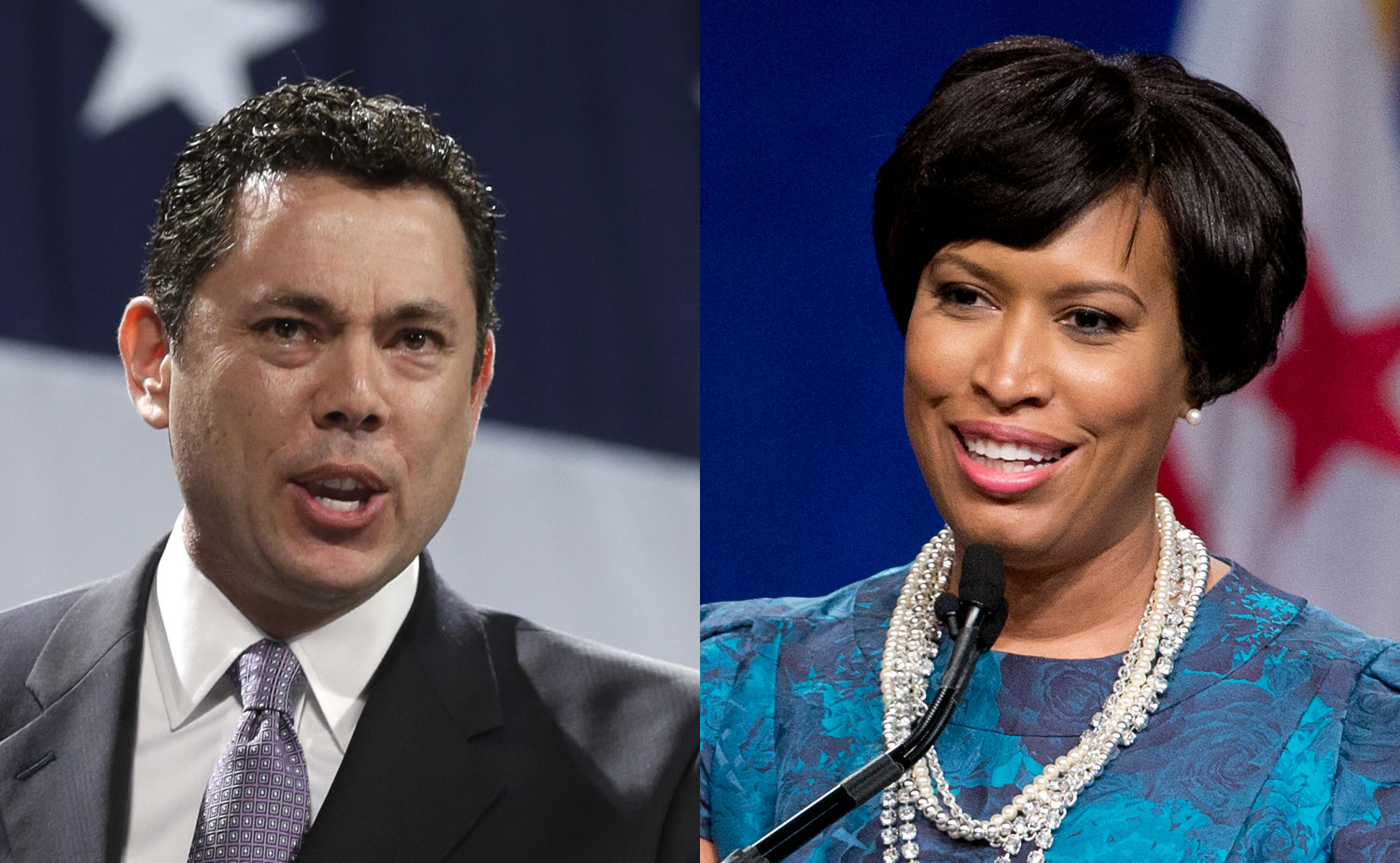 Come Thursday, city officials in the nation’s capital will allow residents to grow and possess small amounts of marijuana. But a handful of Republicans in Congress are desperate keep the drug illegal in DC—so desperate that they’ve resorted to intimidation.

“You can go to prison for this. We’re not playing a little game here,” Utah Representative Jason Chaffetz warned in an interview Tuesday with The Washington Post, referring to DC mayor Muriel Bowser and other city officials. “We’re putting them on notice.”

Bowser and the District’s police chief announced earlier in the day that the city would move on the legalization measure, despite Congress’s disapproval. Voters approved Initiative 71 by a huge margin in November, but a month later federal lawmakers inserted a rider into the budget bill intended to prevent the city from using any funds to implement it or to set up a system for taxing and regulating marijuana sales. Doing so would be a violation of the Anti-Deficiency Act, which forbids DC from spending money that was not appropriated by Congress.

City officials, including Attorney General Karl Racine, argue that the rider doesn’t actually bar them from implementing Initiative 71, because the ballot measure was already certified by the time Congress voted. According to their interpretation, the rider does prevent the District from loosing drug laws any further. Based on this understanding, the City council canceled a hearing on taxing and regulating marijuana earlier in February, after Racine warned that council members and their staff could face fines and jail time if they took part.

Chaffetz’s threat, on the other hand, is hot air. Violating the Anti-Deficiency Act does carry civil and criminal penalties but, sadly for them, lawmakers like Chaffetz have little power to enforce it. (Chaffetz’s office did not return a request to clarify how implementing Initiative 71 could lead to jail time for city officials.) The Obama administration—specifically, the Department of Justice—would have to initiate prosecution. That’s hard to imagine, in light of the president’s statements in support of the legalization initiative—although it’s possible that a anti-marijuana presidential candidate could be elected in 2016 and initiate legal action against the city at that point. Chaffetz played coy when asked if he might sue the city— “It’s in the law; it’s crystal clear,” is all he told the Post— but Representative Mark Meadows, one of the other Republicans trying to block the measure, said “there’s no talk of litigation.” Instead, he issued a vague threat having to do with the District’s ability to get congressional approval for future, unrelated measures.

Chaffetz, who chairs the House Oversight and Government Reform Committee, and Meadows, who leads the subcommittee that oversees the District’s budget, also sent a letter to Mayor Bowser on Tuesday to inform her that the committee would “be investigating” the plans to proceed with legalization on Thursday. They also requested that her office turn over all related documents and a list of all employees “who participated in any way in any action related to enactment of Initiative 71.”

Bowser has not responded to the letter, but other city leaders called on the mayor to ignore it. It’s possible that Congress could hold her in contempt if her administration fails to turn over the requested documents. But otherwise, the “very severe consequences” Chaffetz’s warned about are just hypothetical. And unless Bowser caves in to his bullying, weed will be legal in DC in less than twenty-four hours. (Although it will still be illegal to sell or to buy it; to smoke outdoors; or to possess it in any government-controlled space, including public housing.)