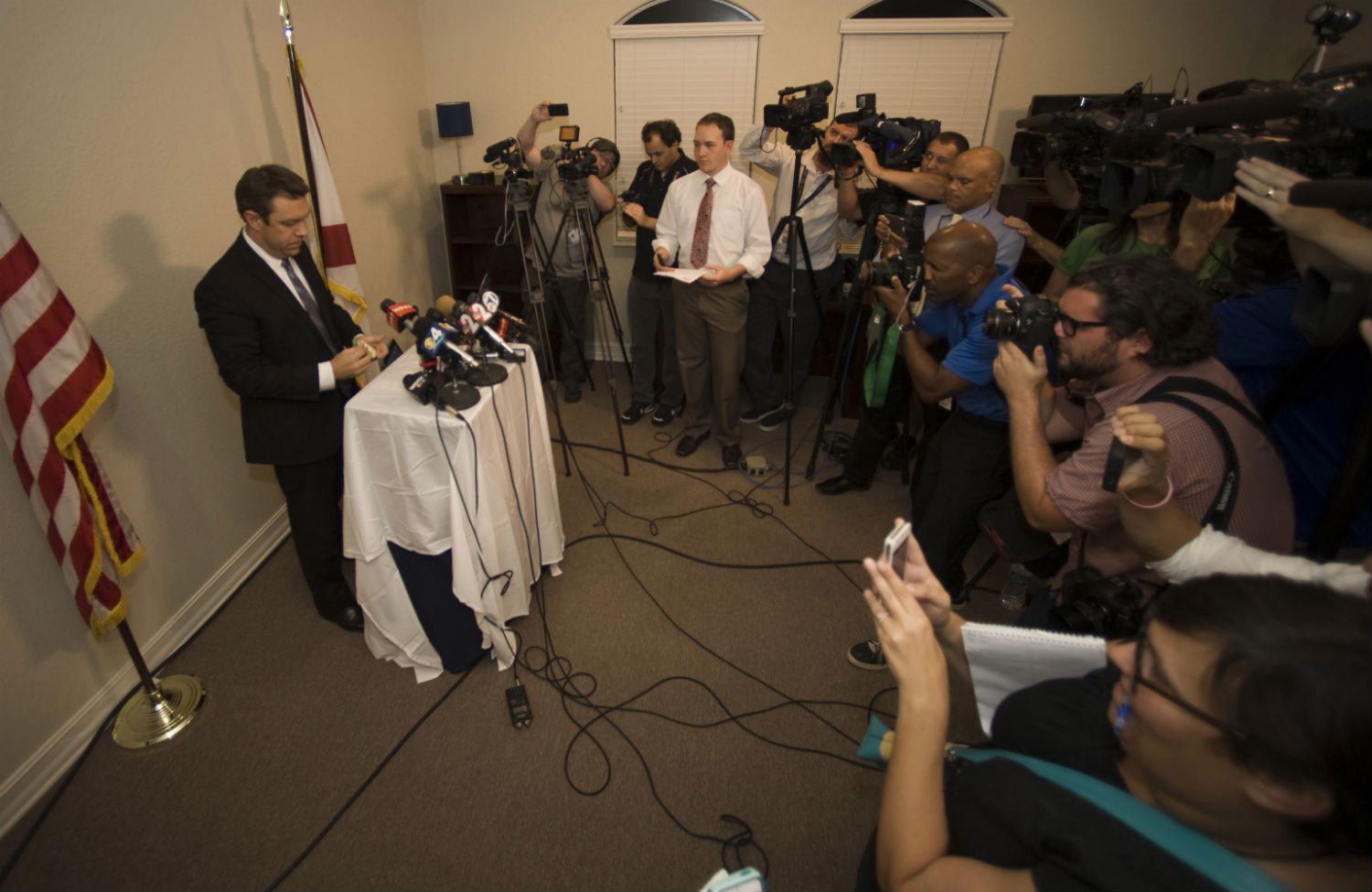 Florida Congressman Trey Radel, who has wisely determined that he does not want to become an American version of Toronto Mayor Rob Ford, says he will take a leave of absence from the US House of Representatives to address his penchant for cocaine.

“I’m struggling with this disease, but I know that I can overcome it,” explains the conservative Republican.

Fair enough. The congressman wants to finally deal with an addiction problem he says he’s struggled with “on and off for years.” And there is every reason to wish him well as he does so.

But it would be good for Radel and his colleagues to note that he has identified his challenge as a disease, not a bad habit.

That’s a very different line than was taken by the House Republicans Caucus (of which Radel has been an enthusiastic member) when the chamber this year gave voice-vote approval to an amendment that allows states to require drug-testing of food stamp recipients. Why would they seek to penalize victims of what the congressman says is a disease? Why would they go after the neediest Americans in what Congressman Jim McGovern—the House’s most ardent advocate for nutrition programs—with a “degrading and mean-spirited” approach?

Why, in general, is there a rush to penalize Americans who are in need far more aggressively than Radel, a former television reporter who was elected to Congress last year with the backing of Tea Party groups that have made it a priority to promote crackdowns on recipients of Supplemental Nutrition Assistance Program benefits.

Radel’s penalty for an admitted purchase of cocaine from an undercover agent will be a year of supervised probation.

He will not lose his job, or the benefits that will allow him to overcome his disease. He even suggests that he wants to “continue to serve.”

Radel seems to be safe from the worst ravages of the drug war. He's getting a chance to "overcome" his problems.

But Americans who are not members of Congress continue to be harmed. Shouldn't they get the same chance that Radel has gotten?

§ The number of people behind bars for drug law violations rose from 50,000 in 1980 to more than a half of a million today—an 1100-percent increase.

§ Arrests and incarceration for drugs—even for first time, low-level violations—can result in debilitating collateral consequences for an individual and their family. A conviction for a drug law violation can result in the loss of employment, property, public housing, food stamp eligibility, financial aid for college, and the right to vote—even after serving time behind bars.

And Radel’s House Republican Caucus just led the fight to make it even harder on people suffering from what the congressman identifies as a disease—or for people who simply engage in recreational marijuana use—to get by.

There are lots of calls for Radel to step down.

But wouldn’t it be better for him to get his treatment and come around to the realization that penalizing and punishing people who use drugs is a bad policy? Wouldn’t it be better if he recognized, as a participant in future policy debates, that this bad policy is too frequently applied in a “new Jim Crow” manner that sees people of color and low-income Americans face far harsher penalties than wealthy and politically connected white folks?

Radel could be a leader in backing legislative proposals would change not just policies but the broader debate about how to end a failed “drug war.” So, too, could more members of a House Republican Caucus that still errs too frequently on the side of punishment of those in need rather than common sense.

Some Republicans have already come around. There’s bipartisan support for some of the soundest legislative proposals. But the support has not been sufficient to get the House moving on what the Drug Policy Alliance identifies as essential reforms, such as:

§ The Safety Valve Act, introduced in the U.S. Senate by Patrick Leahy, D-Vermont, and Rand Paul, R-Kentucky, and in the U.S. House by Representatives Robert “Bobby” Scott, D-Virginia, and Thomas Massie, R-Kentucky. The bills would allow federal judges to sentence nonviolent offenders below the federal mandatory minimum sentence if a lower sentence is warranted. (Notably, Radel is a co-sponsor of this measure. Unfortunately, he’s one of just 18 House members—15 Democrats, 3 Republicans—who are now on board.)

§ The Smarter Sentencing Act, introduced in the US Senate by Senators Dick Durbin, D-Illinois, and Mike Lee, R-Utah, and in the House by Raul Labrador, R-Idaho, and Bobby Scott, which would lower mandatory minimums for certain drug law violations, make the recent reduction in the crack/powder cocaine sentencing disparity retroactive, and give judges more discretion to sentence certain offenders below the mandatory minimum sentence if warranted. (Ten members—7 Democrats and three Republicans, but no Radel—are backing this measure.)

§ The Public Safety Enhancement Act, introduced in the US House by Congressman Jason Chaffetz, R-Utah, and Bobby Scott, which would allow certain federal prisoners to be transferred from prison to community supervision earlier if they take rehabilitation classes, saving taxpayer money while improving public safety.(Seventeen House members—12 Democrats and 5 Republicans, but no Radel—are backing this measure.)

These pieces of legislation represent vital steps in the right direction. Ultimately, however, the first step is to recognize that Richard Nixon’s “war on drugs” has failed and that it is absurd to continue to respond to that failure with an unreasonable and unequal regimen of penalty and punishment.