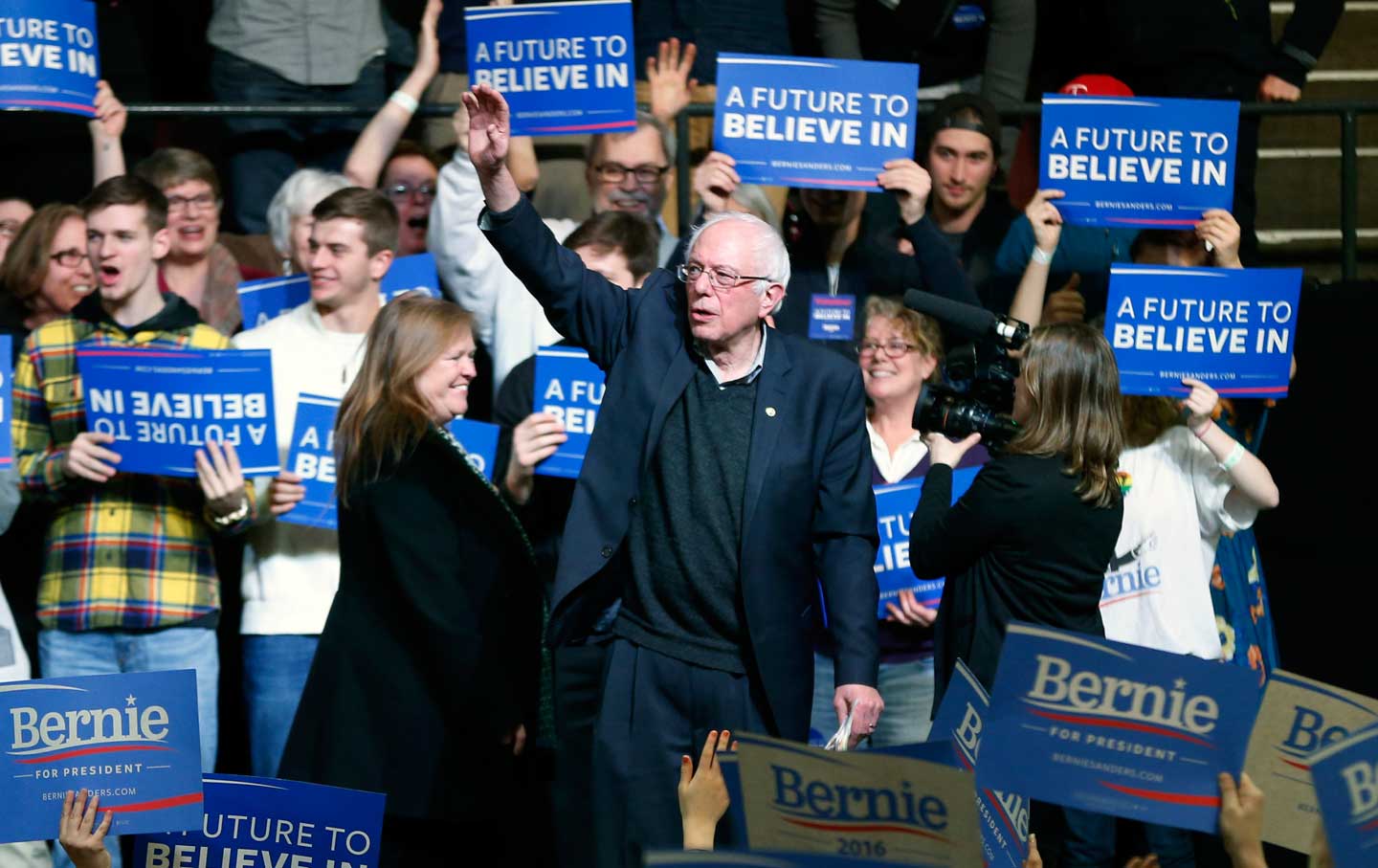 Watching the cable news shows, reading the national papers, and even following social media, you would think that the 2016 presidential campaign will begin in Iowa and end in New Hampshire.

This message is reinforced at every turn by pollsters, pundits, commentators, consultants, and, for the most part, candidates.

But the contests for the 2016 nominations of the Republican and Democratic parties are not going to be finished on February 1 in Iowa or February 9 in New Hampshire. Iowa’s caucuses begin a process that will select 46 pledged delegates to the Democratic National Convention. New Hampshire’s primary will select 24 pledged delegates. In a nomination contest will be decided by 4,764 Democratic delegates, these two states account for less than 2 percent of the total.

That is why, though most media outlets paid little attention to the story, Bernie Sanders was not in Davenport or Dubuque on the Tuesday before the Iowa caucuses. He was in Duluth.

Sanders and Clinton are preparing for a long-haul campaign.

Duluth, up in northern Minnesota, on the western shore of Lake Superior, not far from the Iron Range where the late Senator Paul Wellstone found some of his first and most passionate supporters.

Why Duluth? Because Minnesota will be caucusing on March 1—a day that will see hundreds of delegates selected in 11 states and American Samoa. (Democrats Abroad will also begin a week of voting that day.)

Minnesota’s open caucuses begin the process of identifying 78 pledged delegates to the convention—more than Iowa and New Hampshire combined. (Minnesota will also send 16 unpledged “superdelegates” to the party’s summer conclave in Philadelphia.)

This is the political reality of the evolving 2016 race: while the focus now is on Iowa and New Hampshire (and to a lesser extent on later February contests in Nevada and South Carolina), the road to the convention travels through every state and district, commonwealth and territory. And with polls suggesting that the Democratic race has grown more competitive, front-runner Hillary Clinton and Sanders are both adjusting to the prospects of a longer-haul competition. When and where this contest will finish remains to be seen. It still could be decided quickly, if one candidate posts a steady streak of early wins.

But Sanders is counting on a long run. He just proposed that the Democratic National Committee schedule new debates in March, April, and May.

This understanding of the campaign as a marathon — rather than a quick run through February — took Sanders out of Iowa and up to Duluth Tuesday—and he was not just there on a tarmac-tapping “fly around.”

The senator from Vermont drew a cheering crowd of 6,000 to an afternoon rally at the Duluth Entertainment Convention Center Arena—not an inconsequential number for a city of 86,000. At a point when most candidates are counting their minutes in Iowa, Sanders spoke for more than an hour, decrying “the greed and reckless and illegal behavior of Wall Street” and promising the crowd that “We will not allow a rigged economy to continue.”

“Democracy is the right of the people to determine the future of this country, not a bunch of billionaires,” declared Sanders in a speech that, the Duluth News Tribune noted, featured calls for “a doubled-to-$15 per hour federal minimum wage, universal single-payer healthcare, combating global warming, reforming a broken criminal-justice system, rebuilding the nation’s infrastructure, decriminalizing marijuana, gender equity for pay, free public college, paid family leave for new mothers, same-sex marriage, abortion rights, and an end to ‘endless wars in the Middle East.’”

Sanders, who was on the Minnesota trail with two key backers, former Minnesota Democratic-Farmer-Labor Party state senator and gubernatorial contender Becky Lourey and current DFL Congressman Keith Ellison, then traveled to St. Paul, where a crowd of 10,000 packed the city’s RiverCentre and another 4,500 filled an overflow space. There, Sanders drew more cheers when he demanded “major reform in the way police departments function” and said, “When a police officer breaks the law, that officer must be held accountable.”

Ellison, the congressional Progressive Caucus co-chair who gave the senator rousing introductions Tuesday, suggested that “Minnesota is all about Bernie Sanders.”

Hillary Clinton and her supporters will have something to say about that. Clinton campaigned in Minnesota last month, delivering a major speech on combating terror at the University of Minnesota. She drew loud cheers there, especially when she delivered the line, “If you are too dangerous to fly, you are too dangerous to buy a gun—period.” The former secretary of state is backed by Minnesota Governor Mark Dayton and Senators Amy Klobuchar and Al Franken, and she’s still well ahead in the polls. And her aides say she will be back to Minnesota soon.

But Sanders was not talking much about Clinton Tuesday. His focus was on the Republican front-runner.

Sounding very much like a candidate who is thinking long-term, Sanders said in Duluth: “There’s nothing more in this life that I would look forward to than running against Donald Trump.”