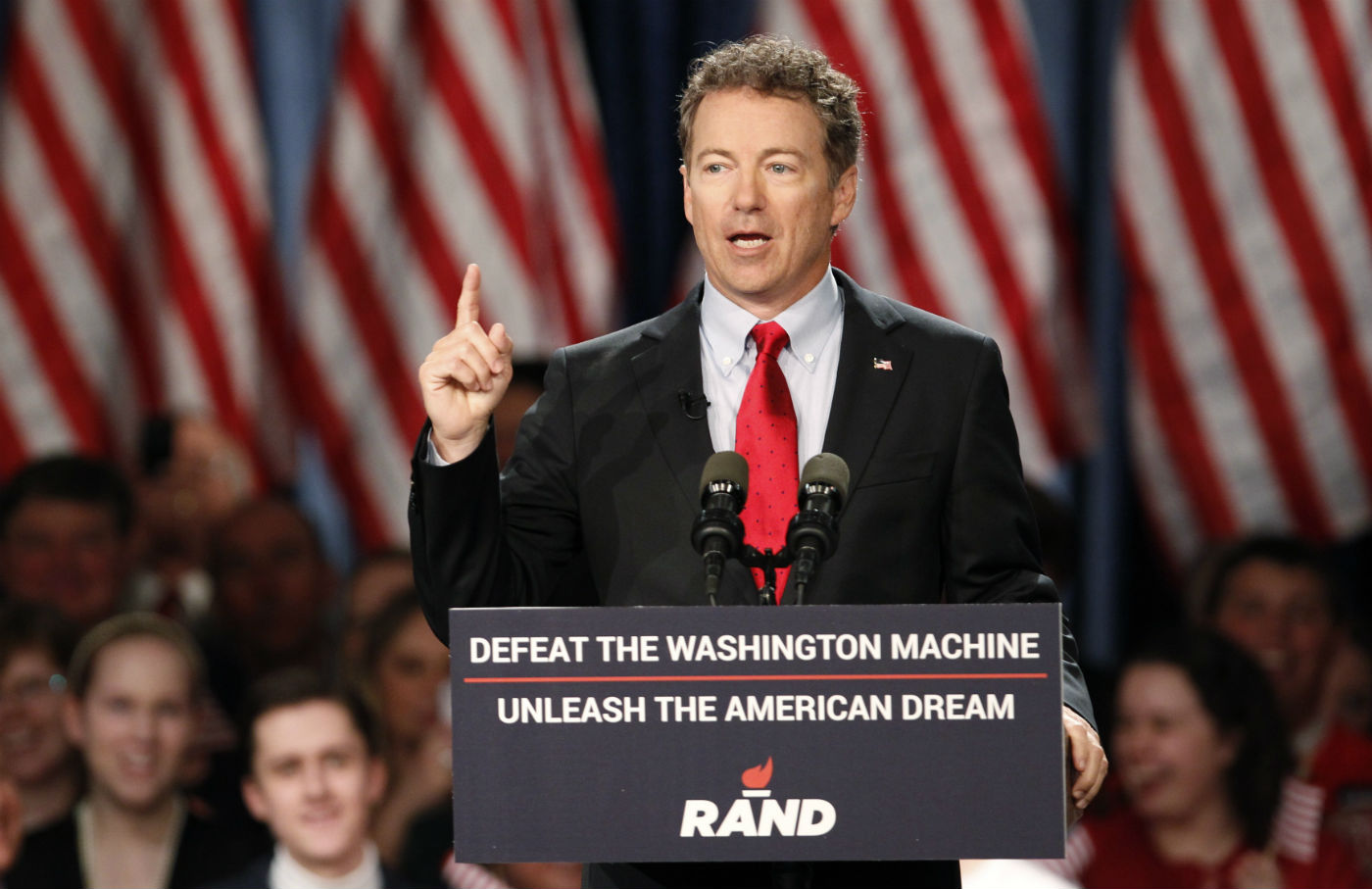 Dick Cheney does not approve of Rand Paul, which is certainly a strong recommendation.

But not strong enough. The senator from Kentucky’s occasionally expressed doubts about the national security state and wars of whim and folly may offend the delicate sensibilities of the former vice president, who has made no secret of his disdain for the Republican presidential prospect. But the truth is that Paul still fits rather too comfortably into the autocratic mainstream of Cheney’s Republican Party.

There is no question that Paul is more interesting than the other Republicans who will join him in the race for the 2016 primary contests. His objections to Cheney’s over-the-top militarism are worthy of note, and even sometimes of praise. And he deserves at least some credit for recognizing that the party has a grumpy-old-man problem. “I think Republicans will not win again in my lifetime for the presidency unless they become a new GOP, a new Republican Party,” said the senator, as he prepared the way for his entry into the race for the party’s nomination. But what makes him genuinely interesting is that he can be rather specific regarding his stylistic concerns with the curse of Cheneyism: declaring that the GOP must undergo “a transformation, not a little tweaking at the edges.” Paul wants the party to start talking about dialing down Ronald Reagan’s “war on drugs,” with an acknowledgement that “it’s disproportionately affected the poor and the black and brown among us.” He reminds his fellow partisans that serious conversations about “big government” must deal with the looming presence of the military-industrial complex.

He even suggests that the party, which has grown increasingly meddlesome when it comes to restricting rights and preempting local democracy, needs to do a better job defending—as opposed to merely talking about—liberty.

Unfortunately, the supposedly “different” Rand Paul talks a better line than he delivers.

When it counts, Paul reveals himself as an rather too predictable contemporary Republican. He is not interested in winning the battle of ideas. He is simply interested in winning—and if that means using the power of big government to thwart the legitimate and honorable democratic aspirations of citizens, so be it.

This inconvenient truth will frustrate Americans who array themselves on various positions along the political spectrum. There were a good many good citizens—on the right and the left—who have entertained the notion that the son of former Congressman Ron Paul (who frequently stood on principle against his fellow Republicans) might get the Republican Party to abandon the authoritarian tendencies that have come to dominate its platforms and political strategies. This prospect has attracted considerable attention for his 2016 bid, which Paul announced Tuesday with an amusingly populist slogan: “Defeat the Washington machine. Unleash the American dream.”

Unfortunately, Rand Paul is on the side of the machine he claims to oppose.

Paul, like so many of his Republican colleagues, has turned out to be the worst sort of big-government man.

While libertarians and many progressives believe in decentralizing power and making sure that the most authority is rested in the hands of the most people, Paul wants the federal government to dictate policies and procedures to Americans—even when that undermines the ability of those Americans to spend tax dollars as they choose.

The senator made this abundantly clear several years ago when he blocked action on the District of Columbia Budget Autonomy Act, a power-to-the-people measure designed to give the voters of Washington, DC, and their elected representatives more authority over the spending of locally raised tax dollars.

Instead of embracing the decentralization plan, the senator used his position to derail it.

The Senate Homeland Security and Government Operations Committee had planned in the summer of 2012 to begin the process of moving the DC Budget Autonomy Act toward passage. But Paul used his senatorial privilege to stall action on the measure with a series of schemes, including proposals for amendments designed to weaken the district’s gun laws and ban local spending for reproductive health services. He even sought to impose anti-labor “right to work” rules to the city with an amendment providing that “membership in a labor organization may not be applied as a precondition for employment” in the District of Columbia.

Paul made no secret of his intention to use the power of the federal government to impose his will on the residents of Washington, DC, a majority-minority city that ought to be a state.

“I think it’s a good way to call attention to some issues that have national implications,” the senator explained to The Washington Post. “We don’t have (authority) over the states but we do for DC”

Even a year later, as Paul was trying to soften his image and suggest that he was flexible, the group DC Vote reminded everyone that, when it mattered, “Rand’s personal agenda on guns and abortion doomed chances for the bill.”

That authority is no small matter for the residents of the District of Columbia.

“Budget autonomy is critical to the District’s future,” explains the Council of the District of Columbia, which notes that “On all but three occasions since 1990, Congress has approved the District’s budget after the fiscal year was already underway. This creates great difficulty and uncertainty in the District’s budgeting process, and increases short-term borrowing costs. Additionally, since our schools’ budget year is tied to that of Congress, we are forced to face the costly and illogical situation of having the all-important ‘back to school’ season fall during the very last weeks of their shared fiscal year.”

“The issue is clear: dollars that are raised locally should be allowed to be spent locally without the need for Congressional involvement (although Congress would retain decision-making on federal funds),” argue the elected leaders of Washington, DC. “The Council, the Mayor, and 83 percent of District voters are on record supporting this view.”

This is a basic local control issue, a basic liberty issue. It is exactly the sort of issue that a different kind of Republican, a “new” Republican (or a very old Republican of the “Party of Lincoln” school) should have gotten right.

Decrying “Sen. Rand Paul’s stunning hypocrisy,” Ilir Zherka, executive director of the group DC Vote, complained, “He preaches about restraining the power of the federal government, but uses that same power to impose his own, narrow political agenda on residents of the District of Columbia.”

But it should not be coming only from DC activists.

It should be coming from everyone who thinks that government—big or small, local or national—is supposed to serve the people, not impose the will of petty politicians on the great mass of citizens.

Rand Paul may claim to believe in the principles of self-government, as outlined by Jefferson and Madison.

But that is not the case.

When it matters, he’s just another top-down, autocratic, big-government Republican.

We Need to Scale Back America's War Machine