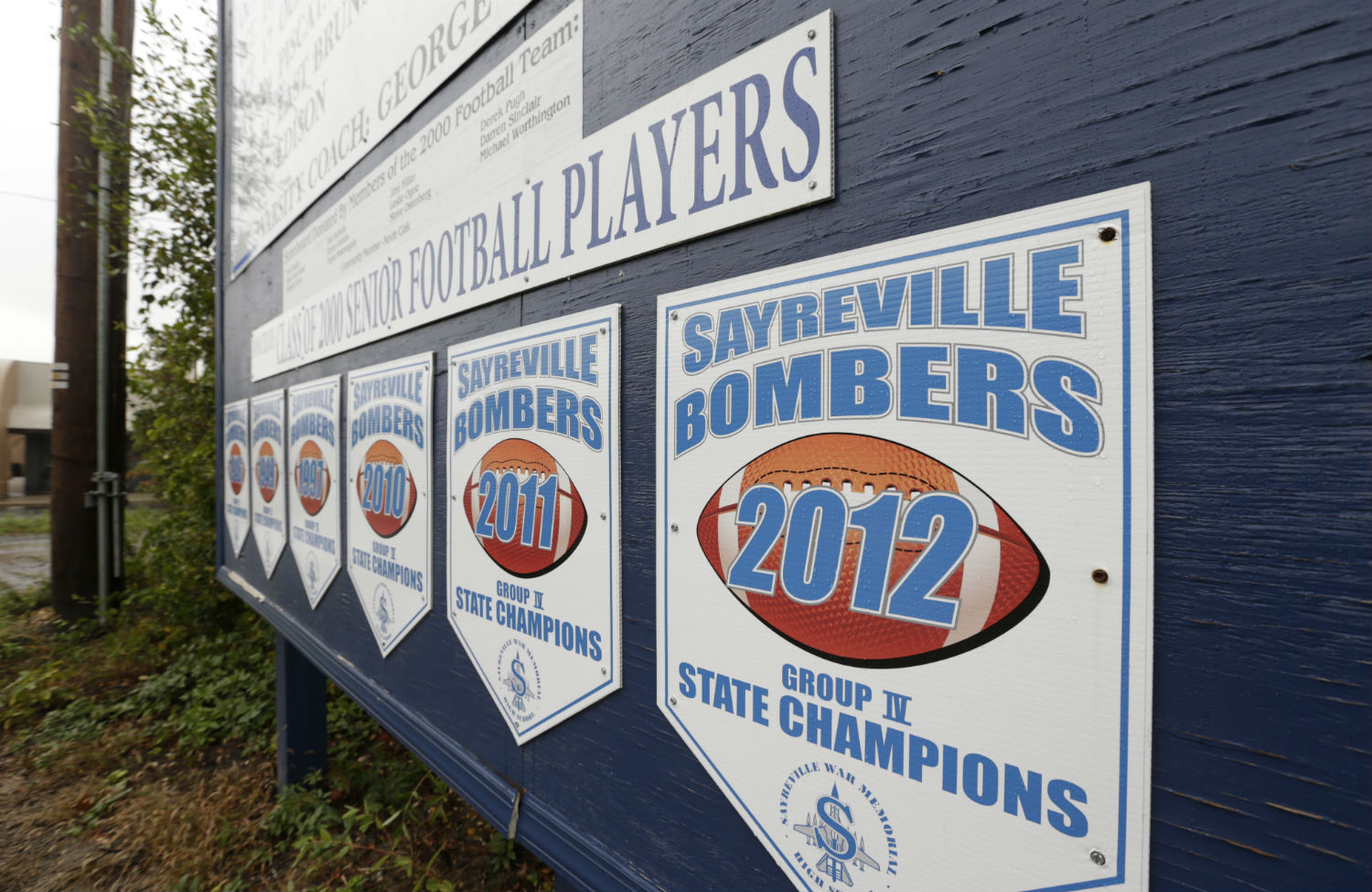 The best young adult sports book that I’ve ever read is Raiders Night, by Robert Lipsyte. It details the dynamics of a big-time New Jersey high school football team, the Nearmont Raiders, and the ways in which a sports hazing culture seamlessly morphs into a sexual assault against a teammate. Raiders Night lays out better than a stack of academic articles how the toxic masculinity embedded in many football teams, when spliced with peer pressure, could lead otherwise good kids to choose silence when faced with a violent crime. I lent this book to a friend in 2010 and I’ll never forget their judgment that it was “just another overly melodramatic attack that demonizes football with an horrible event that wouldn’t really happen.” Tell that to the Sayreville, New Jersey, football team, winner of three state championships in four years, where the reality makes Raiders Night look not only prescient but restrained.

As the report details, “the hazing rituals included younger members of the team were then said to be held down while other members penetrated their rectums with fingers. Those fingers were then placed in the victims’ mouths.”

The season has been canceled and the coach, George Najjir, who has led with the team in two decades of glory, is almost certainly gone.

Like Raiders Night but also like recent events in Steubenville, Ohio; Torrington, Connecticut; and many other towns, where the victims of football team sexual assaults are women, we see the connections between the rape, rape culture and sports. What makes these cases so harrowing—and why the term “rape culture” must be used to describe it—is that they all involve bystanders seeing the assault and choosing to do nothing.

In Sayreville, these rituals were so constant and widely known that freshman boys would be hustling in and out of the locker room to avoid assault. Four survivors have already gone public, and there are more to come.

I contacted Robert Lipsyte for his thoughts about the ways in which his young adult fiction is playing out as a national story, and his words spoke volumes. He said:

”Eight years ago, when I started visiting high schools reading and speaking about Raiders Night, players and even some young, assistant coaches would tell me the book was like a documentary, while coaches and principals (many former football coaches) would have my appearances cancelled. And some were pretty upfront—they thought high school football was where college football had been fifty years ago, ready to break into national TV, sponsorship, and a national tournament. Thus the increasing pressure to win, to get on that national track early, was ramping up the hard-driving ‘rites of inclusion’ like hazing and—because of football’s homosocial nature—sexual dominance. Lots of it stays in the locker room in a jock culture where if you’re not on the team, you’re a girl or a puke. You saw the need to belong to the most powerful gang in school, the team, all that rage and frustration that often goes inward and make the next class go through what you went through to belong.”

This is Sayreville. As one parent described, “It’s sickening, man…. I just think if my son or somebody else’s son wanted to leave … they couldn’t leave because there was somebody at the door there. I could see the kids saying, ‘You’re not going nowhere until this is over.’ It’s just like being in a bad dream, you know?”

There may always be violence. There may always be alpha athletes who are drawn to express their physical power by humiliating those they perceive to be weak. But we can also live in a world where the majority no longer “sit around and witness stuff like this” and instead speak out. We can live in a world where the mere thought of silence in the face of a sexual assault would make a person violently nauseous. Standing up to this then becomes a point of instinctual moral reflex. If they feel like they can’t “stand up” to the 17-year-old muscle-bound seniors blocking the door, then they know that there are adults they can go to and speak about what happened. That’s our job. We have to fight to change this culture so the attackers are the anomalies and the whistleblowers aren’t “snitches” but fighters against a rape culture that has to die. But most importantly, above all else, we have to live in a world where the adults aren’t proudly ignorant, like those Lipsyte described canceling discussions and squelching the truth. We have to make sure that in the future, Raiders Night is seen as a harrowing fictional representation of the past and not a “documentary” of our present.