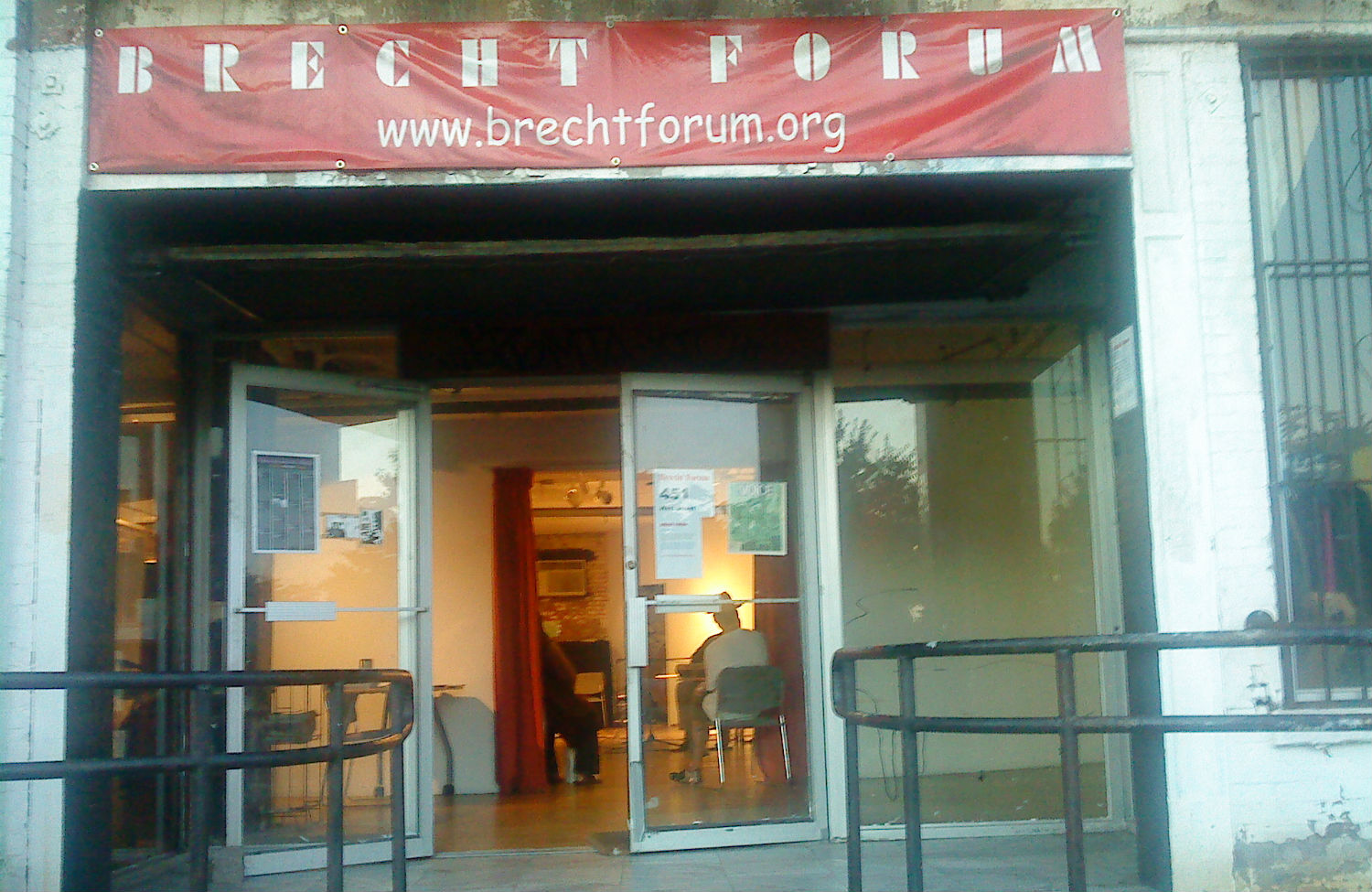 In 1975, the same year President Ford nixed a bailout of New York City, a group of students and labor activists came together to exchange radical ideas about politics. Out of their living rooms in rough-and-tumble lower Manhattan, the New York Marxist School, later renamed the Brecht Forum, was spawned. After thirty-nine years of educational programming, the Brecht announced last month it will close its doors. The organization owes years of back rent on a space it occupied in the Westbeth complex in the West Village until moving to Brooklyn last fall.

Executive director Matt Birkhold says that because of its longevity, “the Brecht Forum community was made up of multiple generations.” Much of the outreach in recent years has been spearheaded by Kazembe Balagun and Max Uhlenbeck, who increased programming in arts and culture. Jahnilli Aka, 25, who came to the Brecht in 2009 after meeting Balagun at an artists’ space in Harlem, says he made it his home away from home for two summers while serving on the Brecht’s art council. “It was a gathering place for all types of radical people,” Aka says. “It was a huge part of my life.”

Even if fighting City Hall wasn’t what the Brecht Forum was known for, it gave space to those who did. Biju Mathew remembers the day sixteen years ago when the New York Taxi Workers Alliance was given a desk next to then–executive director Liz Mestres at the Brecht’s 27th Street location. Six months later, the TWA made national headlines when its workers went on strike against new rules proposed by Mayor Rudy Giuliani. “That moment is so etched in my mind,” says Mathew. “[The Brecht] held us in the most gentle hands.”

As the Brecht Forum’s era comes to a close, young radicals are finding new venues and chasing cheaper space in New York’s outer boroughs. Gino Yarish, a 21-year-old self-described “second-generation Brechter,” has found a like-minded community at the Base in Bushwick, where, he says, “we are trying to develop a free space that is anarchist in principle.”

“I hope all those places last for as long as they’re meant to,” says Birkhold. “Amazingly, the Brecht lasted for thirty-nine years.” As the playwright Bertolt Brecht—the Brecht Forum’s namesake—wrote while in exile from Germany in the 1940s: “Everything changes. You can make / A fresh start with your final breath.”