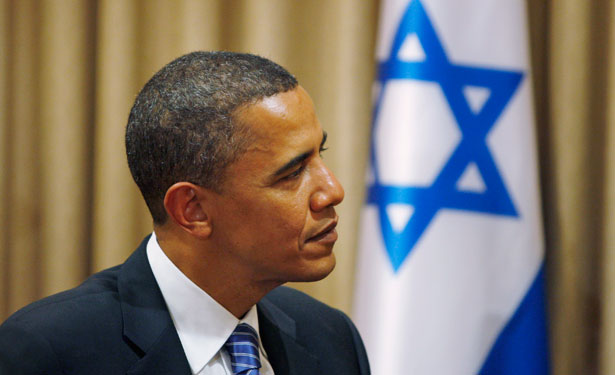 Here is a shocking fact from a poll conducted by the Israel Democracy Institute and reported by the Times of Israel: fully one-third of Israelis say that unlawful, vigilante violence against non-Jewish African immigrants is fine with them.

Equally, 86 percent of Israelis who voted for the right-wing Shas party and 66 percent of Likud voters agree with the statements of far-right Israeli politician Miri Regev that African immigrants, mostly from Sudan and Eritrea, are a “cancer” in the Israeli body politic.

How much support is there for the demonstrations against the presence of Africans by residents of south Tel Aviv? Here we practically found a “national consensus”: an overwhelming majority of 83% of the Jews expressed support for the demonstrations; among the Arabs, the number came to only 25%.

Israel is building refugee camps—let’s not use the loaded term “concentration camps”—for many of the estimated 55,000 Eritrean, Sudanese and other African refugees from civil wars and conflicts who’ve entered Israel, mostly undocumented, over the last decade or so. Reports The Washington Post, “Between 2005 and 2012, African migrants came in a trickle, then a flood, pouring across Israel’s border with Egypt, with a peak of 17,258 in 2011.” The paper adds:

The newly constructed “open facility” is designed to hold up to 3,300 illegal immigrants. It is not a prison, but not exactly a shelter, either. Residents will be required to answer roll call three times a day. They are not allowed to seek work. The facility is surrounded by a fence topped with spools of razor wire, and the migrants will be locked down at night.

Israeli Interior Minister Gideon Sa’ar bluntly links his concerns to the fear of losing the “Jewish” nature of Israel:

“There are currently around 30 million people moving around Africa, people who have left their home countries and are looking for a place to be. We can all understand that pressure, but if we are too liberal, then we will lose the country. We will lose the only Jewish country that exists.”

Israel is seeking to deport the African migrants to Uganda, an ironic notion, since in the early days of Zionism Uganda was once held out as a long-shot possibility to host the creation of a Jewish state for European Jewish refugees.

Tensions and protests by the migrants, along with anti-African violence by vigilante citizens of Israel, has been on the rise. Reports Al Jazeera:

Tensions began on Dec. 10, when the Knesset passed an amendment to the Anti-Infiltration Law, which authorized the detention without trial of approximately 55,000 Africans currently living in Israel. On Dec. 12, Israeli prison officials began transferring Africans from the Saharonim prison to the brand-new Holot facility, which is still under construction only a few hundred meters away in southern Israel. Once the first 1,000 beds are filled with Africans from Saharonim, the government plans to move another 2,000 Africans now in Tel Aviv to the detention center.

Needless to say, Israel exists because millions of Jewish refugees, many of whom entered Israel illegally during and after the Holocaust and World War II, built it. Says Al Jazeera:

Israeli society rejects asylum seekers because they’re new, they’re poor and they’re darker-skinned. But over the decades, successive waves of Jewish immigrants also encountered hostility from native Israelis because of the same prejudices. The asylum seekers from Africa constitute the first large group of immigrants to Israel who are not Jews. That is the real reason the government is trying to drive them out.

Israeli liberals, such as Gideon Levy of Haaretz, the Israeli daily, are aghast at the open racism being exhibited by rightist politicians and much (most?) of the public. He writes:

Israeli public opinion is being shaped by a grotesque Knesset member who has become a joke and a former MK whose party didn’t get enough votes to make it into the legislature. If it weren’t so sad, we’d be laughing until we cried. But now our tears should be over the unbelievable fact that these two marginal characters, these clowns, MK Miri Regev (Likud) and Michael Ben Ari, have, with their hateful incitement, succeeded in dictating the national agenda on the issue of African migrants and asylum seekers. From now on we’ll have to choose: Either you support the refugees, or you support the state (and the longtime residents of south Tel Aviv). Who decided that? Regev and Ben Ari.

In a strong conclusion, Levy says:

It’s Israel that made the African migrants a problem. That’s what incitement does. Since the border is closed and international conventions bar their deportation, the state should allow those already here to work, to rebuild their lives, and offer them the prospect of becoming citizens through a gradual, careful process. That’s how it’s done in normal countries. Israel is too small, too weak to do this? Nonsense, merely too racist.

Watch Next: Max Blumenthal and David Sheen's report on African migrants in Israel