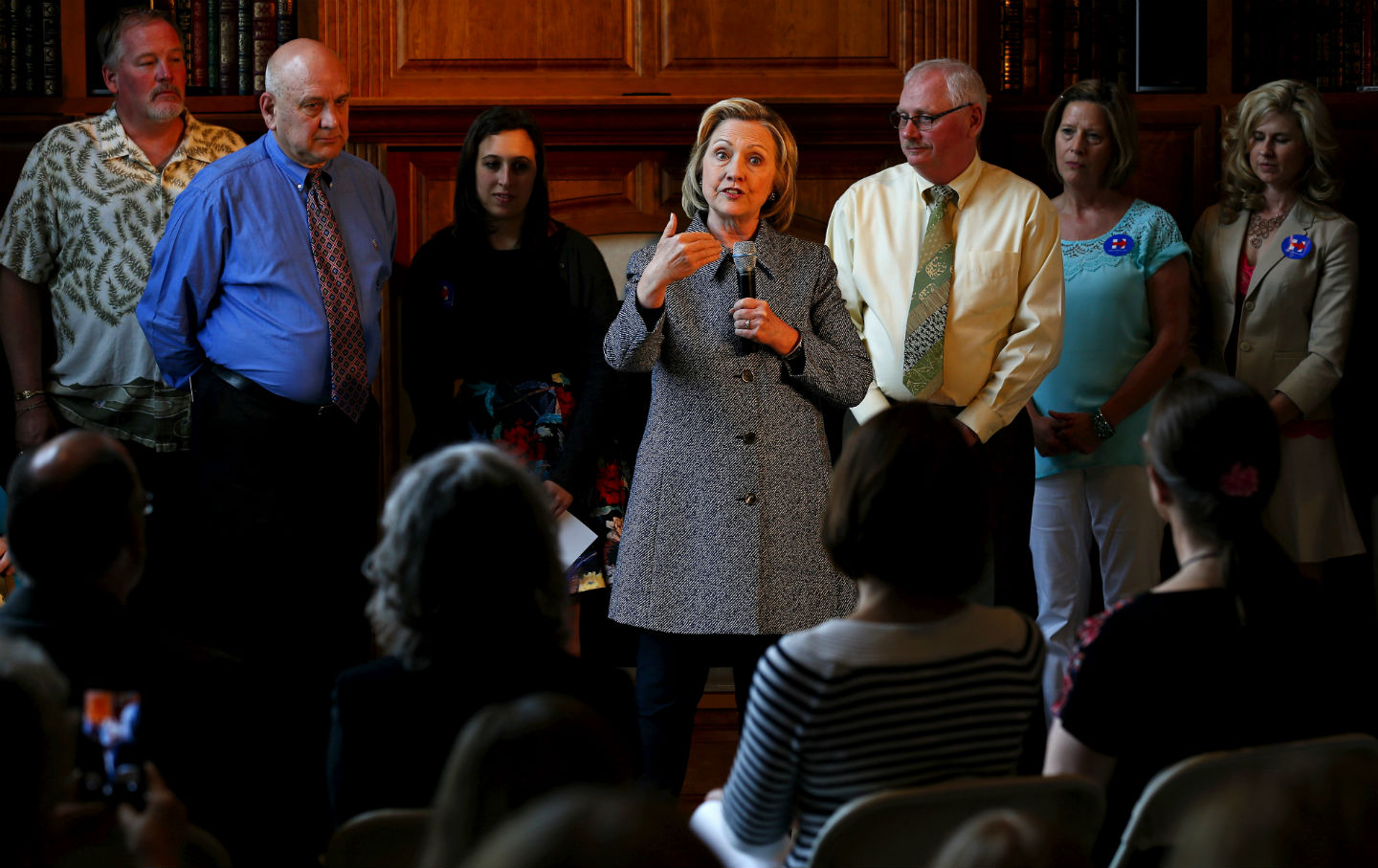 Hillary Clinton says college should be as "debt-free as possible" at a campaign event in Iowa, May 18, 2015. (Reuters/Jim Young)

When we last checked in with the activist push to make debt-free college part of mainstream Democratic politics, a little over one month ago, it was off to an impressive start. Three Democratic Senators and a handful of House members had signed on to bicameral resolutions championing the idea, including high-ranking Democrats like Steve Israel and Chris Van Hollen.

More members signed on in the following weeks, and the Progressive Change Campaign Committee (PCCC), which is spearheading the effort, announced Wednesday that nine more Democratic Senators joined as co-sponsors. This brought the total to twenty in the Senate—close to half the caucus—and sixty overall.

That’s a pretty stunning level of support behind an idea that basically didn’t exist in formal terms six weeks ago.

The Congressional resolutions, and an attendant policy paper from Demos, lays out in in brief terms how more federal aid to states for tuition assistance, expanded Pell Grants, and some smaller-bore tweaks and reforms might produce a debt-free college experience at public universities nationwide.

The proposals need a lot of fleshing out. The level of support, though swift and dramatic, still wouldn’t be enough to pass a Democratic Congress, let alone one controlled by Republicans.

But the tentative goal of the activists pushing the campaign is to get the idea percolating in Democratic circles—until it becomes a mainstream policy plank. “It’s all about encouraging the Democratic Party to lead on big, bold economic populist ideas,” said TJ Helmstetter of the PCCC.

The biggest arena for these ideas, of course, is the upcoming Democratic presidential primaries. The push has gained some ground here, too—former Maryland governor and presumed candidate Martin O’Malley has openly joined the cause.

Hillary Clinton, meanwhile, has appeared to at least be conversant with the idea. Her campaign manager, Robby Mook, dropped the term “debt-free college” in a recent CNBC interview, and Clinton herself hedged closer to calling for it in a recent campaign appearance, where she said college should be “as debt-free as possible.”

Senator Bernie Sanders, however, has not joined the Senate effort nor has he spoken publicly about debt-free college—instead, he has a plan to make four-year public colleges and universities tuition-free, also through federal assistance to states, and paid for by a Wall Street transactions tax. Sanders introduced that bill in the Senate last week. Proponents of the debt-free college plan prefer their approach because it targets all higher education debt held by college students, including housing, books, and transportation.