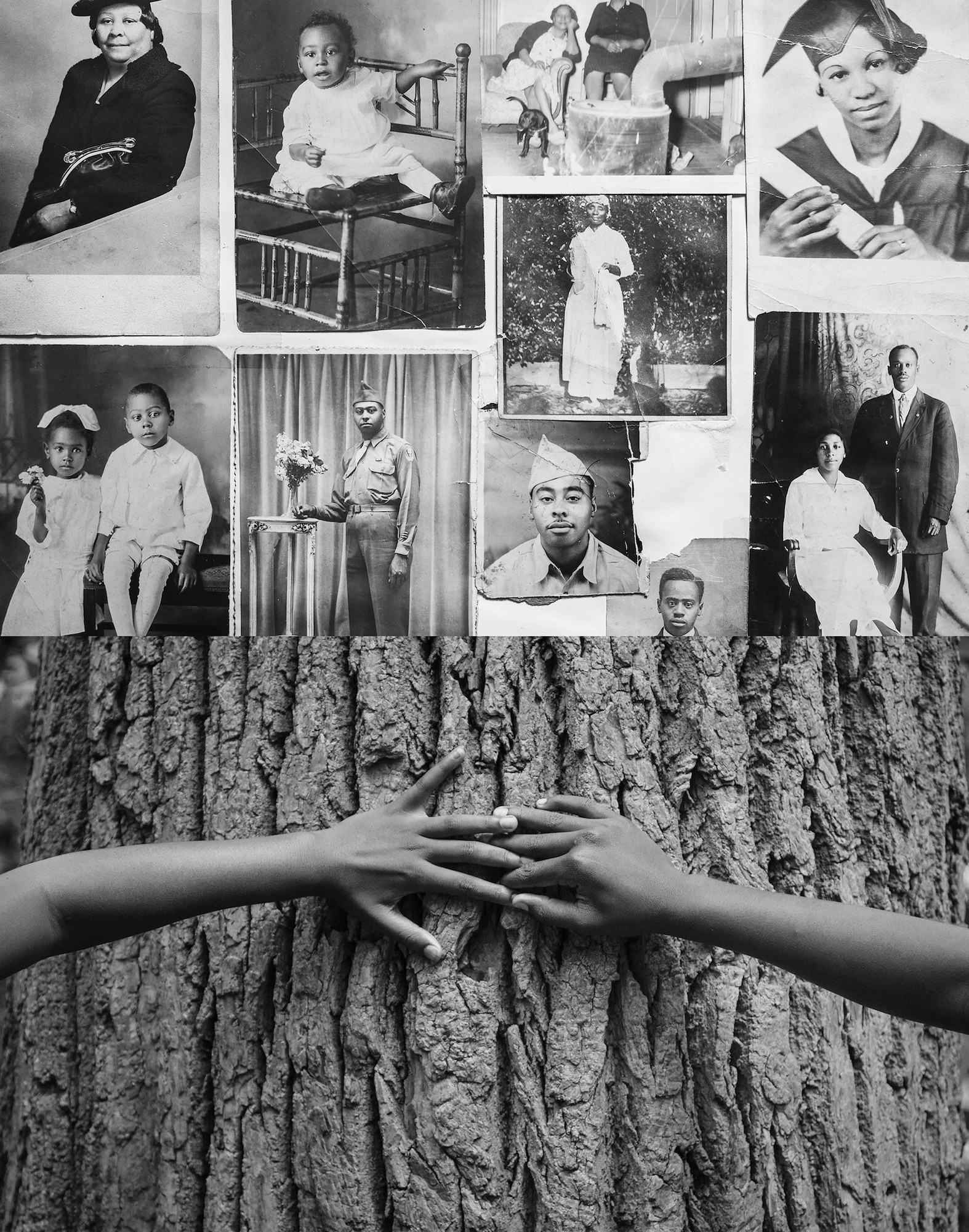 More than 40 years have passed since Arts in Corrections, one of the first prison art programs of its kind, began in a California state penitentiary. Since then, wardens across the country have encouraged America’s incarcerated population—now almost 2.3 million—to take up drawing, painting, and collage as an outlet for expression or as a kind of therapy tool. Celebrities have thrown their support behind the movement; recently, Jane Fonda co-authored an opinion piece for The Washington Post in favor of prison arts-education programs.

Educators say art therapy can save lives, and research suggests that incarcerated people have displayed positive behavioral changes and reduced recidivism after participating in artistic-instruction or free-drawing sessions. Prison reform advocates have taken notice and in recent years have partnered with museums and galleries to showcase art from correctional institutions. Organizations hope that these public exhibitions can help raise awareness for incarcerated populations, but unscrupulous curatorial choices—publicizing the artist’s work alongside their sentences, for one—quarter the incarcerated into harmful caricatures.

What curators forget is the long history of commodifying prison art, which originates from the corrections facilities themselves: Art making, in many states, remains one of the few activities that those on death-row are allowed to do as they await execution. San Quentin State Prison, a half-hour outside San Francisco, has even operated its own gift shop for decades, stocked with artwork made by hundreds of those on death row. However well intentioned, these museum and gallery shows frequently trivialize the brutality of the corrections system by framing artists in the very same social hierarchies they seek to undo.

More to the point, organizers of recent prison-art exhibitions treat galleries and museums as politically neutral ground, despite how the myriad billionaires who help fund those institutions—often with money made from arms, private-prison, pharma, energy, and extractive industries—nullify any progressive political agendas of the artists whom organizers claim to support.

There has been an odd reluctance on the part of curators to discuss how the incarcerated are compensated for their art in recent shows. “On the Inside,” which focuses on approximately 110 portrait drawings by LGBTQ artists who are incarcerated, first appeared at New York’s Abrons Art Center in 2016 and recently debuted at Los Angeles’ Craft Contemporary this summer. Asked if incarcerated artists were being compensated for the upcoming show, a museum spokesperson said artists cannot legally sell anything from prison, which is why curators have made donations to artists’ commissary accounts. Even so, the museum would not specify how much money each participant would receive.

By comparison, none of the incarcerated artists included in the Aldrich Contemporary Art Museum’s “How Art Changed the Prison” exhibition were paid for their work, though the show’s curator, Jeffrey Greene, has said participants previously had the chance to sell their art in an annual benefit show hosted by the Prison Arts Program, an initiative he manages that provides art classes to incarcerated people predominantly in Connecticut. He divvies up the proceeds: 60 percent goes to the artist’s commissary, 25 percent goes toward postage fees to mail artworks to loved ones, and 15 percent is donated to victim services and compensation.

On the flip side, shows that design their prison-art exhibitions around payment and artist compensation risk demeaning their exhibitors’ contributions. This was clear in an exhibition at New York University’s Gallatin Galleries that was organized by Worth Rises, a nonprofit striving to decommodify victims of the carceral system through reform advocacy and community-driven programming. Many of the works in the show explicitly focused on the economics of incarceration and its dehumanizing effects. Which makes it disconcerting that the exhibition divides artists into “gold,” “silver,” and “bronze” categories, indicating the quality of the work, as assessed in a competition that the artists willfully entered. (Exhibitors received $500, $350, and $225, respectively.)

Curators’ urge to categorize and contextualize artworks can have unintended consequences on incarcerated people: Visibility becomes a trap, especially when identifying information can easily cut viewers off from empathizing with the artists. After all, many exhibitors in these shows are serving life sentences, and a quick Google search of their names can provide you with detailed accounts of their crimes.

An exhibition like “Capitalizing on Justice” may reflect prevailing structural inequalities instead of resisting them, but behind its faulty framework there’s important art to see. 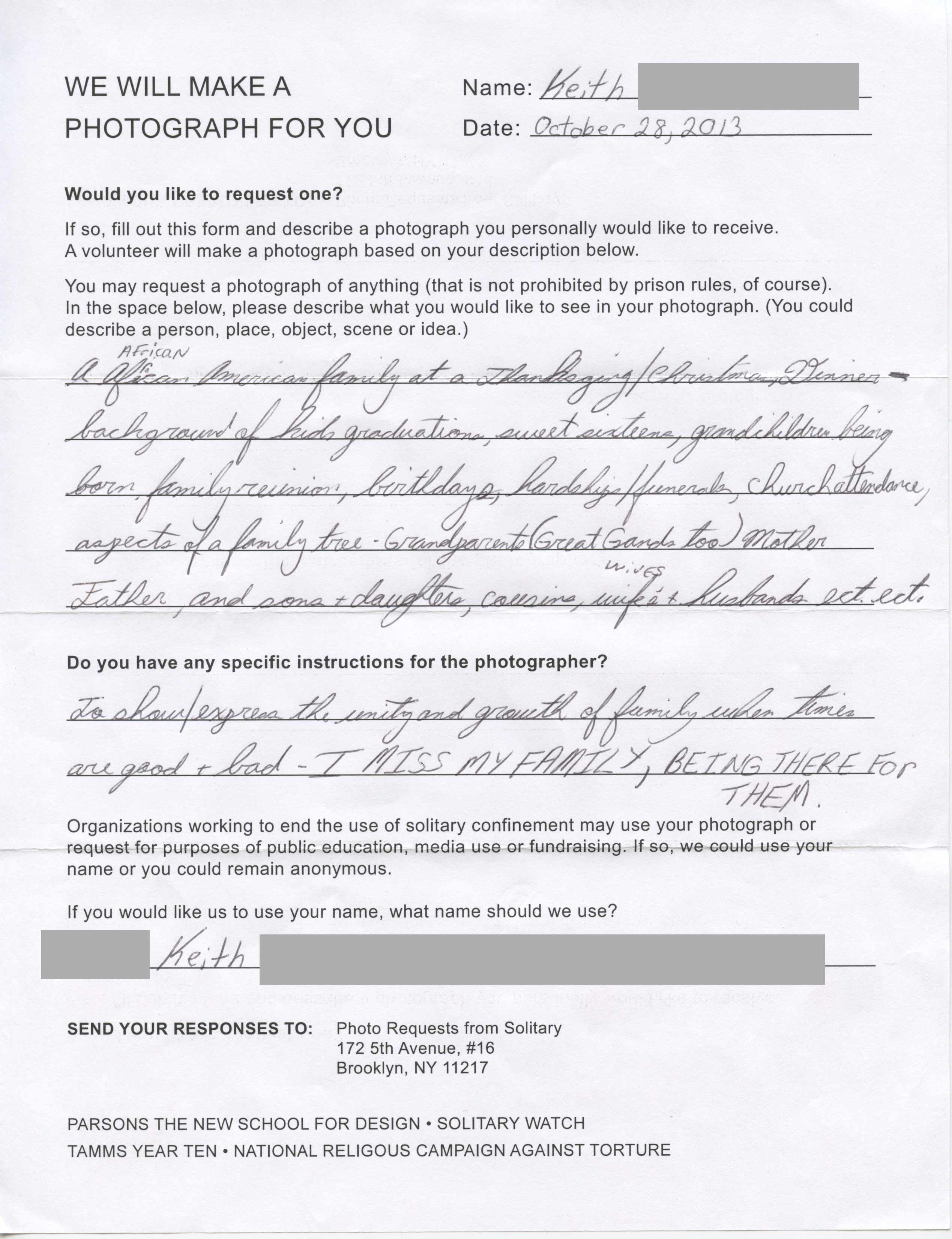 This includes James Yaya Hough’s minimalist watercolors, which envisage prison guards processing the lifeless bodies of black men through enormous industrial shredders, their corpses converted into a blizzard of white pairs of underwear. The imagery makes explicit reference to Pennsylvania Correctional Industries (PCI), which employs more than 1,500 incarcerated people statewide to create domestic goods like underwear and soap for sale back to them. Pay for this work is paltry, from 19 to 42 cents per hour. The wages may be used at the commissary, where those incarcerated can buy the objects they made. (According to Hough’s description of the work, boxer shorts are sold for $3.09, which equates to more than seven hours of work at the top of PCI’s pay scale.)

There’s also George T. Wilkerson’s SubText, a collage similarly attuned to the politics of imprisonment, detailing the exorbitant fees associated with making money transfers to commissary accounts. The artist constructs a ransom note around a deposit form distributed by JPay, a private firm that handles everything from bail payments to commissary deposits. For him, the company’s slogan, “Stay connected,” becomes a haunting refrain across the work; it expresses a fear of losing connections with the outside world as a more sinister network of financial transactions and punitive fees becomes what ties incarcerated people to their friends and family. And that connection is subject to harsh regulation and taxation that varies by state and facility: The company’s processing fee for mobile transactions can be as high as 30 percent, and it incentivizes users to deposit larger sums because lower amounts have proportionally higher fees. (A $20 deposit by phone, for example, comes with a $4.45 charge; a $300 deposit costs $11.65.) It’s a significant tax that further penalizes the families of the incarcerated.

There’s still so much to learn by looking at work made by people behind bars, and some prison-art exhibitions are experimenting with different approaches. “On the Inside”—curated by Tatiana von Furstenberg (the daughter of fashion designer Diane von Furstenberg) in partnership with Black and Pink (a prison abolition organization with an online activist newsletter whose readership includes about 10,000 queer incarcerated people)—omits artists full names and identifying details. While that approach admittedly divorces the artists from their work, it also protects the artists and conveys the exhibition’s overall message of shared humanity.

Another approach is to avoid issues of identity and compensation altogether, shifting those burdens to artists outside the penitentiary. Recently the Brooklyn Public Library opened “Photo Requests From Solitary,” an exhibition that invites individuals from solitary confinement to request images that are then created by volunteer artists. Sometimes the requests are simple. One incarcerated person wants to see a young person holding a flower in an outstretched hand. Others are more complex. “I’ve been in solitary confinement for the past [five] years,” reads a submission. “If you really want to help, why don’t you just try talking to me…‘How’s that picture…’” Ultimately, this program is about collaboration that can forge stronger bonds between the incarcerated community and the art world. Instead of focusing on the merits of an incarcerated artist’s ability, this program reverses course: The public must satisfy their incarcerated collaborator’s desires and not the other way around.

In a 2015 interview with LifeLines, an organization that provides an online platform for people serving life sentences, Hough said, “Art is inseparable from all struggles…. Sadly art isn’t used well enough by the movement, but we’re getting there.” Four years later, that sentiment remains the same as curators have largely fumbled their way through prison art.

Correction: A previous version of this article implied that George T. Wilkerson may have received his prize money for the “Capitalizing on Justice” exhibition through a JPay commissary deposit. He did not. The article also incorrectly stated that compensation for artwork in “Capitalizing on Justice” and similar exhibitions could only be offered through prison commissary accounts. Artists were also given the option to receive compensation via a check or money order to their facility, or have it disbursed by check to a third party. A previous version of this article also incorrectly stated that Worth Rises curated the “Capitalizing on Justice” exhibition. The show was organized by Worth Rises and curated by directly impacted academics, artists, gallerists, and advocates. Every artist was given input in every aspect of their participation in the show. This article was updated to include context for the Gallatin Galleries’ prison art exhibition organized by Worth Rises.
Keep Reading
Ad Policy