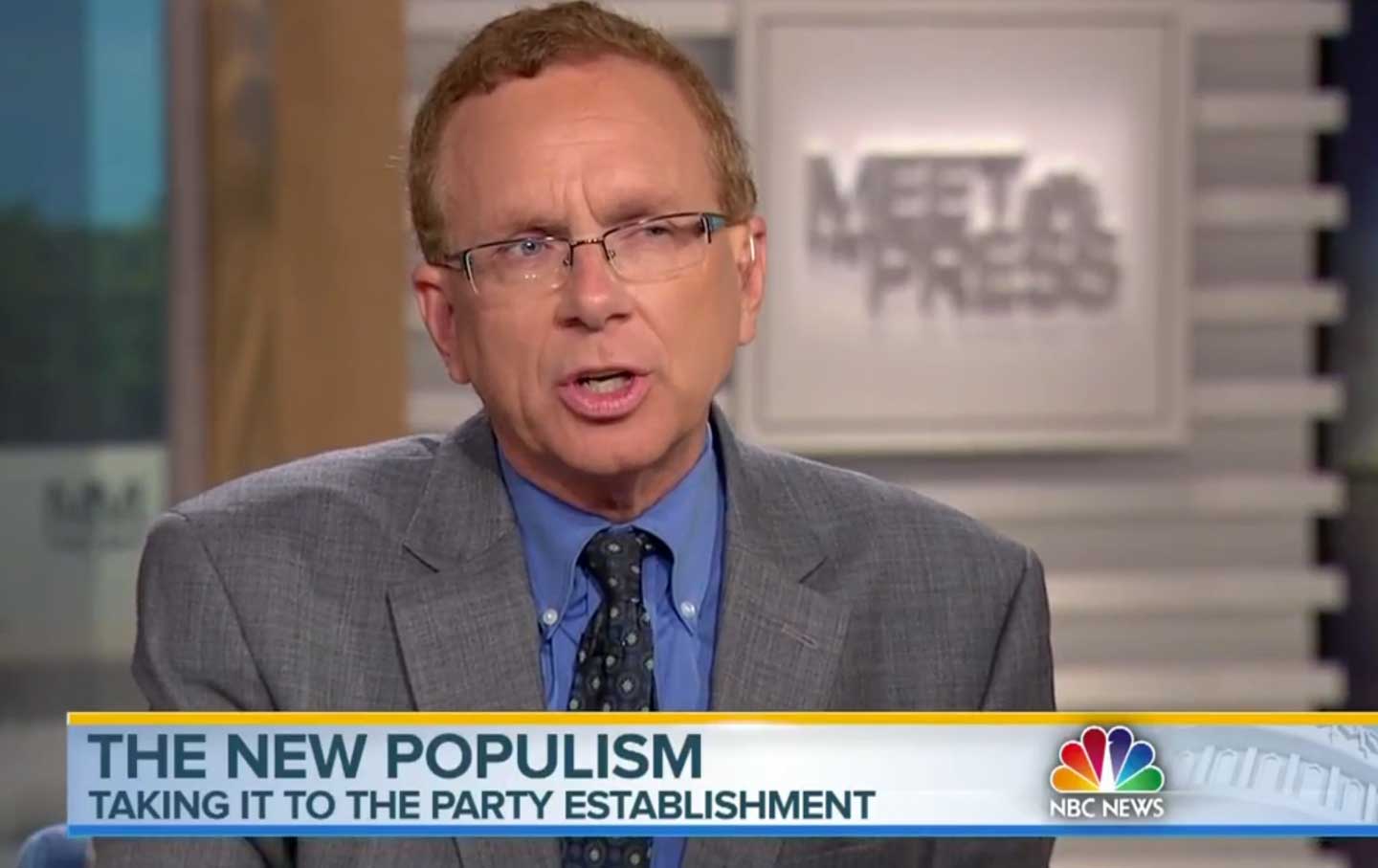 As Donald Trump surges in Republican polls and Bernie Sanders makes waves with progressive activists, the political establishments—on both the right and the left—face growing threats from a new kind of populism.

On July 26, Nation correspondent John Nichols appeared alongside conservative pundit Pat Buchanan on Meet the Press to discuss this trend, and what its impact might be on the 2016 elections. According to Nichols, Sanders increasingly relates with American voters on issues of race, immigration, and economic justice. And his populist message could not be further removed from Trump’s:

“A billionaire beating up on immigrants is not an economic populism that America wants or needs,” said Nichols.