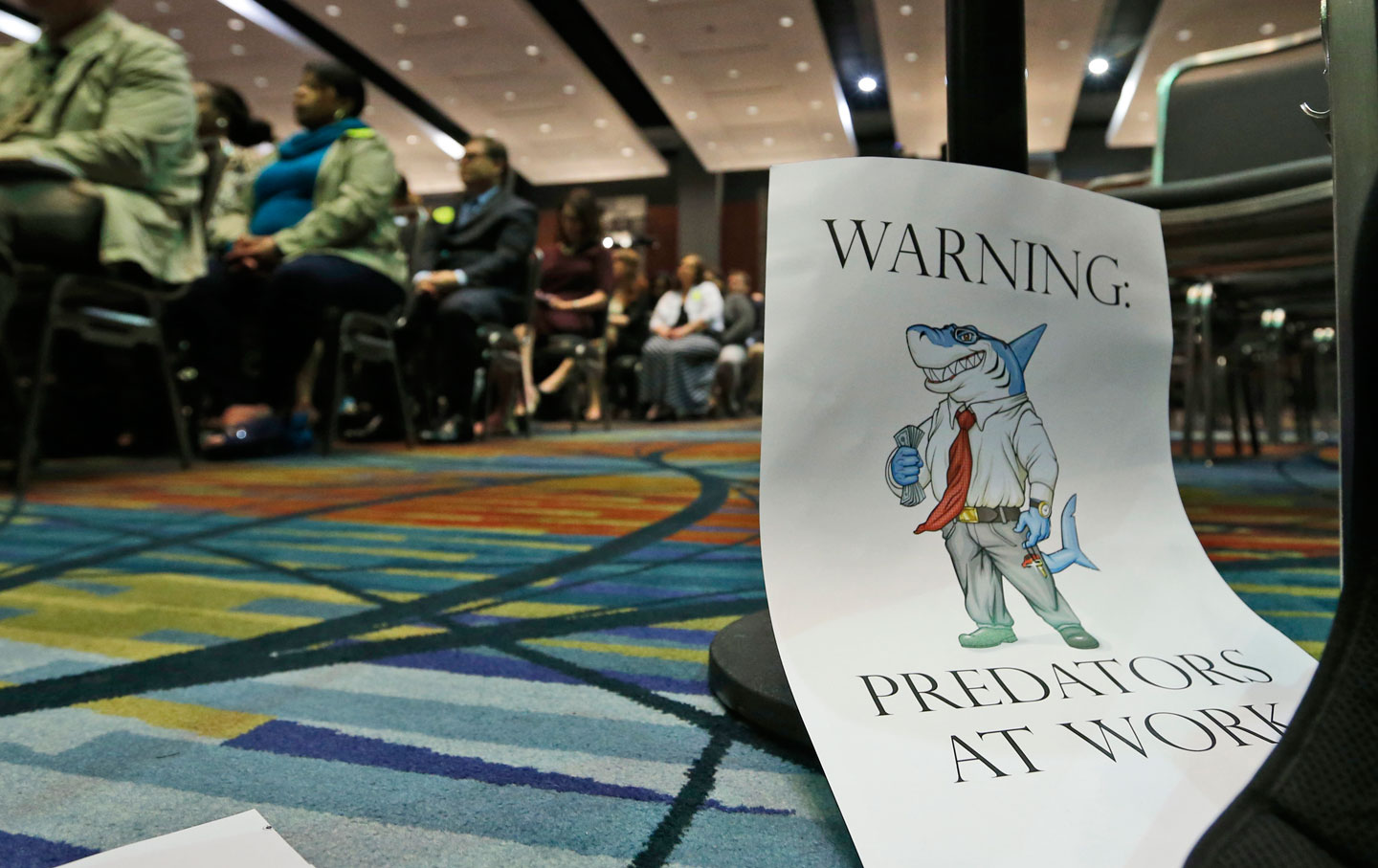 Payday lenders are extremely good at what they do. They present their predatory products as the solution to financial emergencies. They seek out and find low-wage workers through enticing commercials in English and Spanish. And perhaps most ingeniously, they circumvent state laws in order to continue their shady lending practices. A great example of this last tactic comes from Ohio, where payday lenders thrive despite regulations meant to curb them.

In 2008, Ohio passed the Short Term Loan Act, which established a number of protections against predatory payday lending and other small dollar loans, including setting a 28 percent rate cap on payday loans.

Not surprisingly, the Ohio payday industry immediately tried to overturn the law through a ballot initiative. So what did Ohioans decide? They voted overwhelmingly (64 percent) to affirm the Short Term Loan Act, including the 28 percent rate cap. (Fun fact: The Ohio payday industry spent $16 million on the ballot initiative effort, while opponents spent just $265,000).

For the past seven years, however, payday lenders have deliberately defied the will of Ohio voters by continuing to saddle consumers with triple-digit interest rates on loans—some as high as 763 percent. They do this by using two older Ohio laws—the Mortgage Lending Act and Small Loan Act—to take out different lending licenses that allow them to circumvent the protections put in place by the Short Term Loan Act.

There are more payday and auto title lenders in Ohio than there are McDonald's.

There are now 836 payday and auto-title lenders in Ohio—more than the number of McDonald’s in the state. These lenders are so good at bypassing state laws that every year they rake in $502 million in loan fees alone. That’s more than twice the amount they earned in 2005, three years before the 28 percent rate cap was set.

The moral of the story is clear: Even if every state had protections on the books, lenders would find new ways to get around them.

But the good news is that the Consumer Financial Protection Bureau (CFPB) can help to crack down on these abuses.

Earlier this spring, the CFPB released a proposed framework for regulations that would govern the small-dollar lending industry. As currently written, however, it would leave a number of glaring loopholes that are ripe for exploitation by payday lenders.

For starters, the proposal doesn’t address the problem of unscrupulous online lenders. It also fails to address the main cause of payday debt traps: the fact that lenders aren’t required to determine a borrower’s ability to repay a loan, even as they continue to peddle more and more loans to “help” a consumer dig out of a hole.

The CFPB can’t eliminate all the circumvention and abuses by payday lenders, but it can help. To do that, it needs to issue the strongest rules possible—and soon. It’s been eight months since the release of the regulatory framework and the CFPB has yet to offer an official proposal. Low-income Americans across the country need the CFPB to act fast.

That’s why we at CFED launched the Consumers Can’t Wait Campaign—to call on the CFPB to release strong rules on payday lending now. Until the CFPB acts, the profitable practice of ensnaring millions of American consumers in debt traps will continue to thrive unabated.