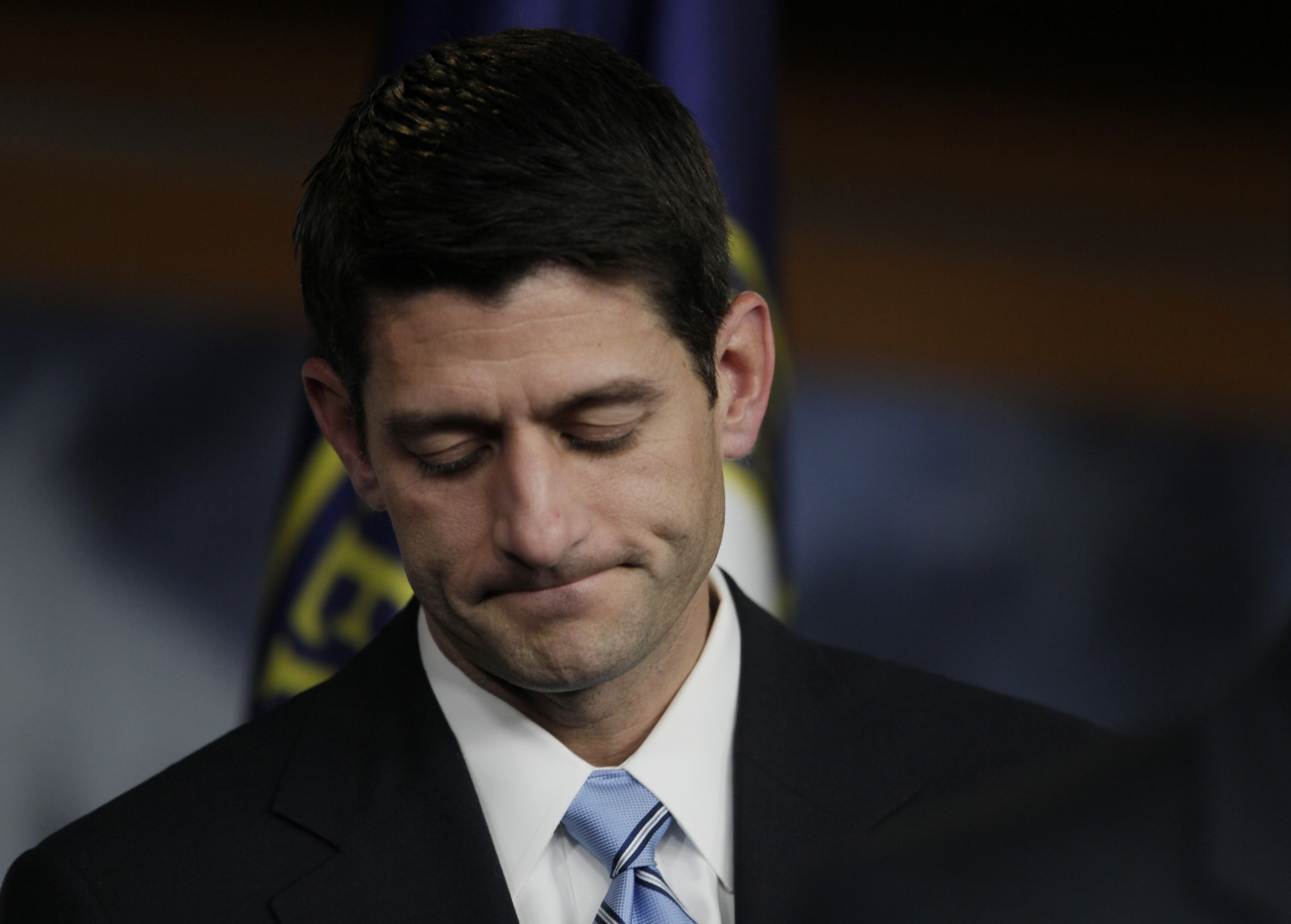 For a little while—a very, very little while—it looked like Paul Ryan was going to lead the GOP away from the reflexive demonization of the poor.

Last November, his office put out word that he intended to essentially revive compassionate conservatism. “Paul Ryan, GOP’s budget architect, sets his sights on fighting poverty and winning minds,” read the headline of a long Washington Post piece. It described Ryan’s “ambitious new project: steering Republicans away from the angry, nativist inclinations of the Tea Party movement and toward the more inclusive vision of his mentor, the late Jack Kemp.”

Now, this softening was never more than rhetorical: He still sought to slash food stamps and other benefits. Nevertheless, it was an improvement on the Republican tendency to openly scorn struggling people as lazy, entitled moochers. As Paul Krugman wrote last week, “Hypocrisy is the tribute vice pays to virtue. So when you see something like the current scramble by Republicans to declare their deep concern for America’s poor, it’s a good sign, indicating a positive change in social norms. Goodbye, sneering at the 47 percent; hello, fake compassion.”

Well, it looks like Krugman’s adieu was premature. Today, Ryan went on Bill Bennett’s Morning in America radio show to preview his legislative proposals for reforming the safety net. There, as Think Progress first reported, he cited Charles Murray to argue that entrenched poverty derives from a culture of indolence among the poor.

“We have got this tailspin of culture, in our inner cities in particular, of men not working, just generations of men not even thinking of working, or learning the value and the culture of work,” said Ryan. “So there’s a real culture problem here that has to be dealt with.” Part of the way Ryan intends to deal with this culture problem is by tightening work requirements. As he wrote in The Wall Street Journal in January, “In 1996, Congress required people on welfare to work, and the results were encouraging. Child-poverty rates fell by double digits. The trouble is, we haven’t applied this principle far enough.”

The culture-of-poverty thesis is like a horror movie villain—it will probably never stop coming back. But it’s particularly perverse to invoke it at a time when welfare been virtually eliminated and huge numbers of those receiving benefits are already working.

“The overwhelming majority of SNAP recipients who can work do so,” says a Center On Budget and Policy Priorities report on the relationship between food stamps and work. “Among SNAP households with at least one working age, non-disabled adult, more than half work while receiving SNAP—and more than 80 percent work in the year prior to or the year after receiving SNAP.” Meanwhile, the black unemployment rate—which counts only those who are actively looking for work—is consistently twice that of whites. We’re in the middle of a jobs crisis and it’s not going to be cured by Calvinist exhortation. If there’s a cultural problem here, it lies in the culture of callousness among conservatives. They might want to move beyond blaming the poor, but they just can’t help themselves.