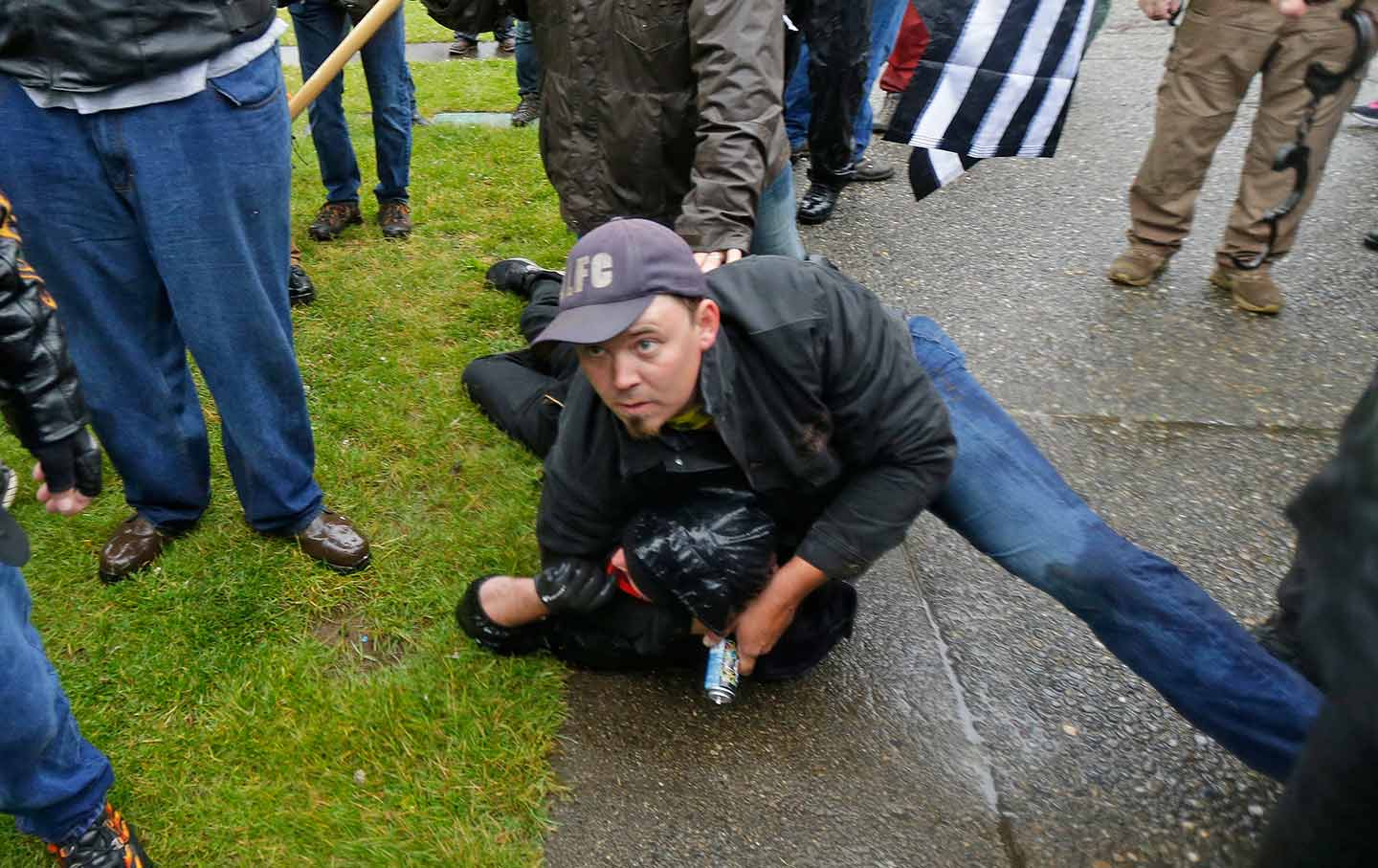 A lady asked Benjamin Franklin, “Well, Doctor, what we got—a republic or a monarchy?” “A republic,” replied the Doctor, “if you can keep it.”
—from the diary of James McHenry, an aide to George Washington

I have been on a book tour for the last six weeks, promoting my new book, Move Fast and Break Things: How Facebook, Google, and Amazon Cornered Culture and Undermined Democracy. Last week I gave a talk in Oakland to a group of young musicians who were trying to eke out a living in the wake of the digital destruction wrought by platforms like YouTube. What disturbed me the most was when the discussion turned to politics. These were young men and women of the left and yet they all expressed a fear of stating their political opinions on social media. Their boldness in stating their deep opposition to Trump during the election led to doxing: Online right-wing vigilantes looking to harass them for their political opinions published their private identifying information on the Internet. As a result, they have retreated into their music, using social media for the sole purpose of promoting their bands.

And then I read the op-ed in The New York Times from a student at Evergreen State College in Olympia, Washington, after one of her professors went on Fox to protest the “political correctness” on campus: “Online vigilantes from 4chan, Reddit, and other forums swarmed to unearth Evergreen students’ contact information. They have harassed us with hundreds of phone calls, anonymous texts and terrifyingly specific threats of violence that show they know where we live and work.”

When Benjamin Franklin expressed concern whether we could maintain our republic, he had just this problem in mind. The founders of our country hoped that a republic, in which citizens express their political preference through elected representatives—as opposed to direct democracy—would lessen the problem of “factions.” As Madison wrote in the seminal Federalist No. 10, “So strong is this propensity of mankind to fall into mutual animosities, that where no substantial occasion presents itself, the most frivolous and fanciful distinctions have been sufficient to kindle their unfriendly passions, and excite their most violent conflicts.”

What I fear is that the violent discourse of social media is exacerbating the very dangers that Franklin and Madison thought would be moderated by the republic—a group of representatives devoted to the public good, and responsive to the interests of the public as a whole—as opposed to a small cohort of powerful individuals and groups. The fear of oligarchy rising in a large republic was ever present in their minds; several of the founders cited the cautionary words of the French philosopher Montesquieu:

In a large republic there are men of large fortunes, and consequently of less moderation; there are trusts too great to be placed in any single subject; he has interests of his own; he soon begins to think that he may be happy, great and glorious, by oppressing his fellow citizens; and that he may raise himself to grandeur on the ruins of his country.

Such autocracy can kill a republic, as Franklin understood, and as any student of the German Weimar Republic understands. Richard J. Evans’s epic history of that time, The Coming of the Third Reich, depicts a “cult of violence” in which the leaders “gave orders couched in rhetoric” so as to avoid responsibility for the actions of their partisan street brawlers. The neo-Nazi mobs that shut down Evergreen’s campus last week are just one indication that we are losing our republic. And of course the anarchist black blocs deployed in the streets of Berkeley have also abandoned the idea of representative democracy. But beyond the 1930s-style street brawls, the more worrisome aspect is the use of the Internet for harassment, bullying, extortion, and other forms of psychic violence, which far outnumber the few incidents of street violence. And of course the ability of “men of large fortunes” to use Facebook and Google as an instrument of propaganda only exacerbates the possibilities of violence and division.

As Professor Jack Balkin of Yale Law School recently noted, “Propaganda attempts to put everything in dispute, so that nothing can be established as true, and everything becomes a matter of personal opinion or partisan belief.” This furthers the alienation of the young who are just engaging in politics for the first time. The kids I talked to in Oakland felt that neither party was addressing the issues of their life: the crushing student debt, the cost of health insurance, the possibility of losing their job to automation. They especially were disappointed by a Democratic Party that seems to hang its whole strategy on the impeachment of Trump instead of putting forth progressive alternatives to Trump’s crony capitalism. And now when young people are afraid to express their opinions online, they don’t turn to elective politics. They turn away from politics completely.

I know how they feel. I was involved with Dr. Martin Luther King’s work while at Princeton in 1967 and volunteered for Bobby Kennedy’s presidential campaign in the spring of ’68. In the course of three months, my two political heroes were murdered and I, like many of my friends, retreated into rock and roll and the counterculture that surrounded it. And that retreat probably led to the election of Richard Nixon. I don’t have the answers, but somehow we all need to reaffirm our faith in the republic by reengaging in electoral politics and reducing the violence and propaganda that is poisoning the Internet. Last November, 96 million eligible voters—many of them under the age of 35—failed to show up at the polls. Unless we change that, Ben Franklin’s awful prophecy will come true.