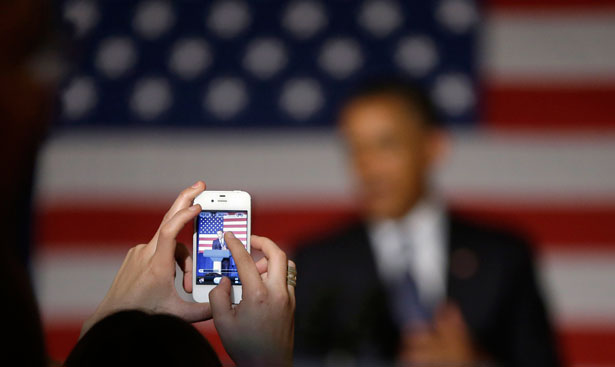 The Fourth Amendment continued its transformation into a twenty-first-century protection on June 25, as the Supreme Court, in one of the most important decisions of the term, ruled unanimously that police officers may not search an arrestee’s cellphone without first obtaining a warrant. The result, a surprise to many Court watchers, is nonetheless in keeping with the Court’s unanimous decision two years ago holding that police must have a warrant to install a global positioning device on a car in order to monitor its movements for an extended period. In both cases, the Court declined the government’s invitation to mechanically apply pre-digital-era precedents to digital technology, which would have given the police the ability to intrude on privacy in previously unimaginable ways.

The Court has long held that when arresting a suspect, the police may automatically—without a warrant, and without further suspicion—search the suspect’s person, and any personal property within reach, to ensure their safety and preclude destruction of evidence. The government argued that cellphones are just another personal effect, and therefore should be subject to the same automatic search as wallets, purses, backpacks or other containers on an arrested person.

Police have found such searches very valuable. Call logs can identify associates, location data can place a perpetrator at a crime scene, and photos and videos can provide incriminating “selfies.” In one of the two searches at issue in Riley v. California, the police, after arresting the defendant for possessing unlawful weapons, found evidence that he had been involved in a gang-related attempted murder by looking through the photos he saved on his phone.

In his opinion for the Court, Chief Justice John Roberts acknowledged the value of cellphone searches but rejected the government’s analogy. As he put it, to suggest that a search of a cellphone is materially indistinguishable from a search of a physical container “is like saying a ride on horseback is materially indistinguishable from a flight to the moon.” The amount and detail of information that Americans routinely carry on cellphones makes it untenable to apply doctrines that predated them to these new devices. Fourth Amendment doctrine must adapt to technological change. “A decade ago,” Roberts wrote, “police officers searching an arrestee might have occasionally stumbled across a highly personal item such as a diary…. Today, by contrast, it is no exaggeration to say that many of the more than 90% of American adults who own a cell phone keep on their person a digital record of nearly every aspect of their lives—from the mundane to the intimate.”

Accordingly, the Court ruled, while police may seize the cellphone of an arrestee, they must obtain a warrant before searching the digital data on it. In many cases, of course, police will be able to obtain such warrants, as there will be probable cause to believe the phone contains evidence of criminal activity. But the warrant process interposes a neutral magistrate between citizens and police and, equally important, sets limits on the scope of searches.

The Court’s recognition that cellphones must be afforded special protection because of the detailed access they afford to a person’s most intimate secrets may have implications for a range of government practices, including the NSA’s collection and inspection of electronic data. There, too, technological advances have made it possible for the government to monitor people’s private lives in ways unimaginable a decade ago, and to use multiple data points to paint a vivid picture of a person’s activities and associations. Rules generated before the Internet, such as the notion that one forfeits one’s privacy regarding any information shared with a third party, will similarly have to be revised in a world where information about practically everything we do—what we read, where we go, whom we communicate with, what we search for—is automatically shared with some corporate third party.

The Riley opinion marks the first time the Court as a whole has recognized that the digital age truly is different, and that Fourth Amendment doctrine must evolve if we are to preserve the privacy that is so essential to a functioning democracy. When considered alongside the global and domestic outcry in response to the disclosures of NSA spying—which have already prompted the House of Representatives to enact new restraints on the NSA’s power to monitor Americans—it appears that reports of privacy’s demise have been greatly exaggerated. David Cole