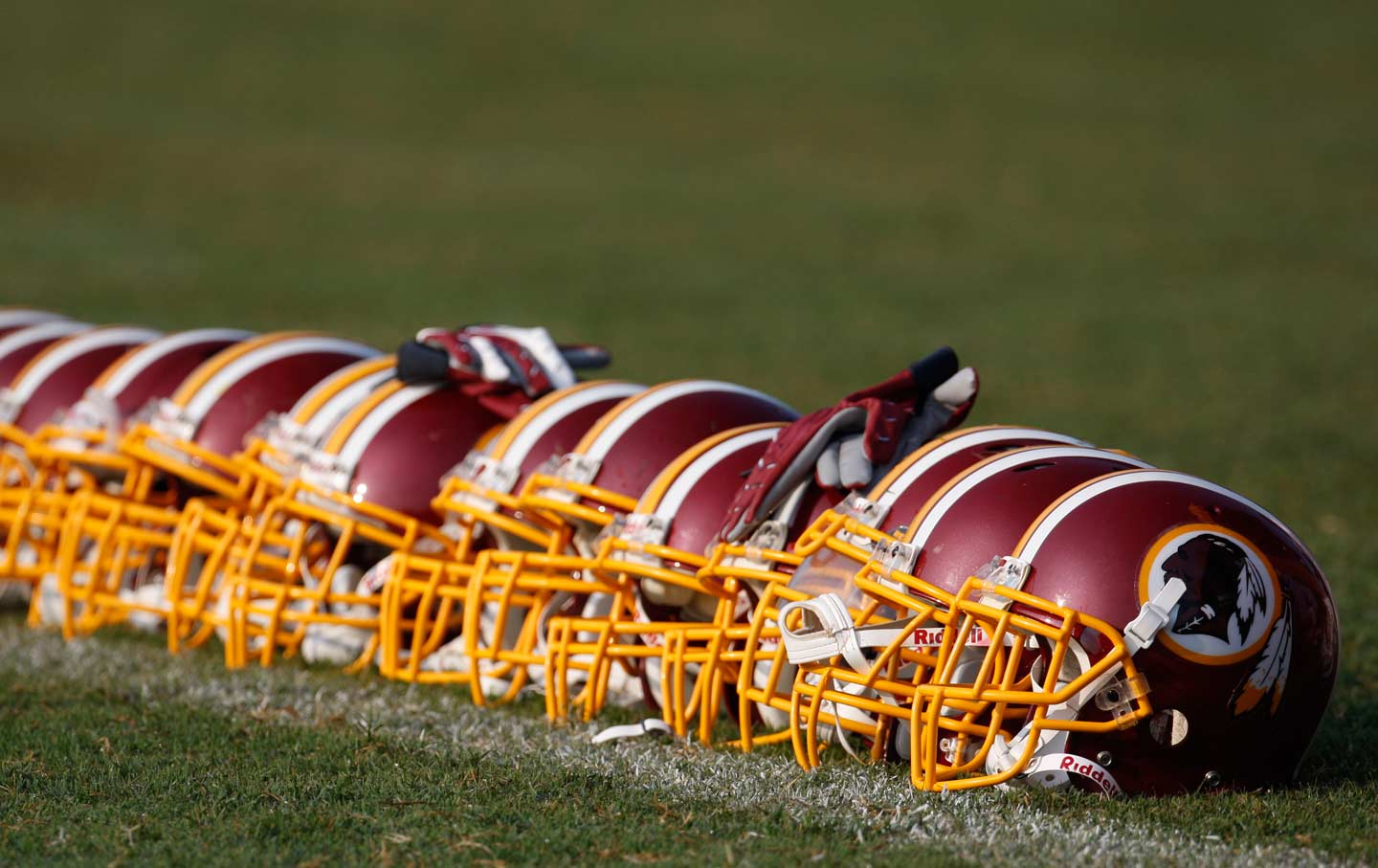 Last Thursday, The Washington Post published a poll on its front page that found that 90 percent of “Native Americans” were “not bothered” by the dictionary-defined ethnic slur “Redskins,” sending shock waves through the sports world and Indian Country. That slur, of course, is also the name of the local NFL franchise that the Post covers.

To get this number, the Post’s polling team questioned 504 self-identified Native Americans from all 50 states. Given that I have 50 first cousins who are enrolled in the Navajo and Yankton Dakota Sioux Nations, none of whom likes the team name, I found the results to be curious. When I looked more closely at the methodology of the poll, I was appalled.

First and foremost, the Post states clearly that they did not verify the actual Native American identity or tribal enrollment of its respondents. Unlike most “minorities,” non-Native Americans have often declared themselves Native American with little or no factual evidence or cultural connection whatsoever. Furthermore, 56 percent of those asked said they were not part of any tribal nation or could not name what tribe their ancestors claimed. Imagine asking 500 white Americans for an opinion about Europe and not caring that more than half had no connection to their ancestors’ place of origin.

When asked about this (via e-mail), Scott Clement, the polling director at the Post responded:

We see little reason to suspect respondents would intentionally misreport their racial identity or tribal status to a confidential survey. The overall poll results suggest respondents understood a distinction between racial identification and tribal membership, given that a majority of self-identified Native Americans said they were not enrolled. The substantive questions about the team’s name came at the end of polls on other subjects and after survey respondents already had self-identified, leaving no motive (or even opportunity) for individuals to self-identify as Native American when they learned that the questions would center on the team’s name.

Leaving aside the issues of “self-identification,” there is also a problem with demographics. More than half, 274, were over the age of 50. Native Americans have a median age of 26—nearly 10 years younger than the general American population. The Post claims that they “weighted” the results to make sure that those over 50 were given just 39 percent of the voice. But even with “weighting,” by speaking primarily to people over 50—and then including their quotes in the piece as representative of the survey—the Post presented an inaccurate portrait of who we are as a people.

Male respondents also outnumbered female ones, which was quite a feat as Native American men have the highest mortality rates in the country. I remember when my dad was in his 50s and he went back to his reservation in South Dakota and was shocked to realize he was the only Yankton Dakota man left from his high-school class.

Furthermore, only 76, or 15 percent, of respondents were under the age of 29—and none of the respondents were under 18. Clement said that the Post never polls people under 18. “Our national surveys typically interview the adult population both for its relevance to voting and political participation and practical difficulties in reaching respondents who are younger than that age, i.e. ethical considerations about obtaining parental permission to participate.”

But not polling this segment of the population means the results exclude the Native American students who attend the 2,000 high schools in this country that mascot Native Americans. The White House Initiative on American Indian and Alaska Native Education report [PDF] recounts firsthand experiences of Native youth facing discrimination in their learning environment caused by mascotting.

Aside from demographics, there was also the geographic distribution of the poll. Very few were from areas of the country where most Native American people reside. Only 12 percent of those polled were from the Mountain region where 18 out of 20 of the most heavily populated Native American reservation communities are, according to the US Census. However, 36 percent of the respondents were from the South, where in 1836 most of the Native American population was forcibly marched out on the Trail of Tears. Now, according to the Census, only 13 percent of the total estimated population of Native Americans lives in the South. Clement said that this did not affect their results, e-mailing, “Respondents in the Mountain region were among the most likely to report enrollment with a tribe (67 percent did so), but the share who said the Washington Redskins’ team name was offensive was little different from the overall results (8 percent).”

Brian Pollard, board member of the Native American Journalists Association and former Cherokee Phoenix editor said to me, “What they’ve created is a piece of data that drives a narrative they desired. This is pretty much frowned upon in the world of journalism to create a story in this way. It would be different if Stanford did a poll and The Washington Post covered it. That to me would be much more ethical from a journalistic standpoint. But this was way beyond that. This was something they manufactured from the beginning.”

Even if the poll was conducted perfectly and even if the results had been completely reversed, The Washington Post did a grave disservice by utterly ignoring studies that clearly demonstrate the harm mascotting causes to Native youth—the most vulnerable population in the country by almost any statistic.

Our young people have a rate of suicide 2.5 times higher than average. According to the American Psychological Association, which has called for the ending of the practice of mascotting, Native youth suffer measurably lower self-esteem after exposure to a Native American mascot. It also found that Native respondents who claim to be okay with Native mascots actually experience a greater drop in self-esteem. This finding is particularly relevant to the Washington Post poll, which has been widely interpreted as proof that there’s no harm in using the slur for a $2 billion NFL franchise in the nation’s capital.

On Friday the Native American Journalist Association in conjunction with UNITY: Journalists of Diversity issued a statement criticizing the poll for violating the tenet to “minimize harm” in reporting.

The reporters and editors behind this story must have known that it would be used as justification for the continued use of these harmful, racist mascots. They were either willfully malicious or dangerously naïve in the process and reporting used in this story, and neither is acceptable from any journalistic institution…. It is NAJA’s position that journalism should only be practiced when it is in the interest of public enlightenment and democracy, and should never be used as a tool of racial oppression or corporate cheerleading.

The Post pursued this poll without any idea as to how it would turn out and had no vested interest in the outcome. When activists argue that Native Americans are offended by the name—and when debate over the name is at the center of a major public-policy debate—it’s entirely appropriate for a news organization to conduct a survey to test any assertions made about the breadth and depth of offense among Native Americans. This is customary for any other public policy issue.”

But is this really customary? Are pollsters judging the “breadth and depth” of how offensive other dictionary-defined slurs are? Tragically, it is only Native Americans who have to suffer this kind of humiliation, especially when the multibillion-dollar brand of the paper’s local football team hangs in the balance.