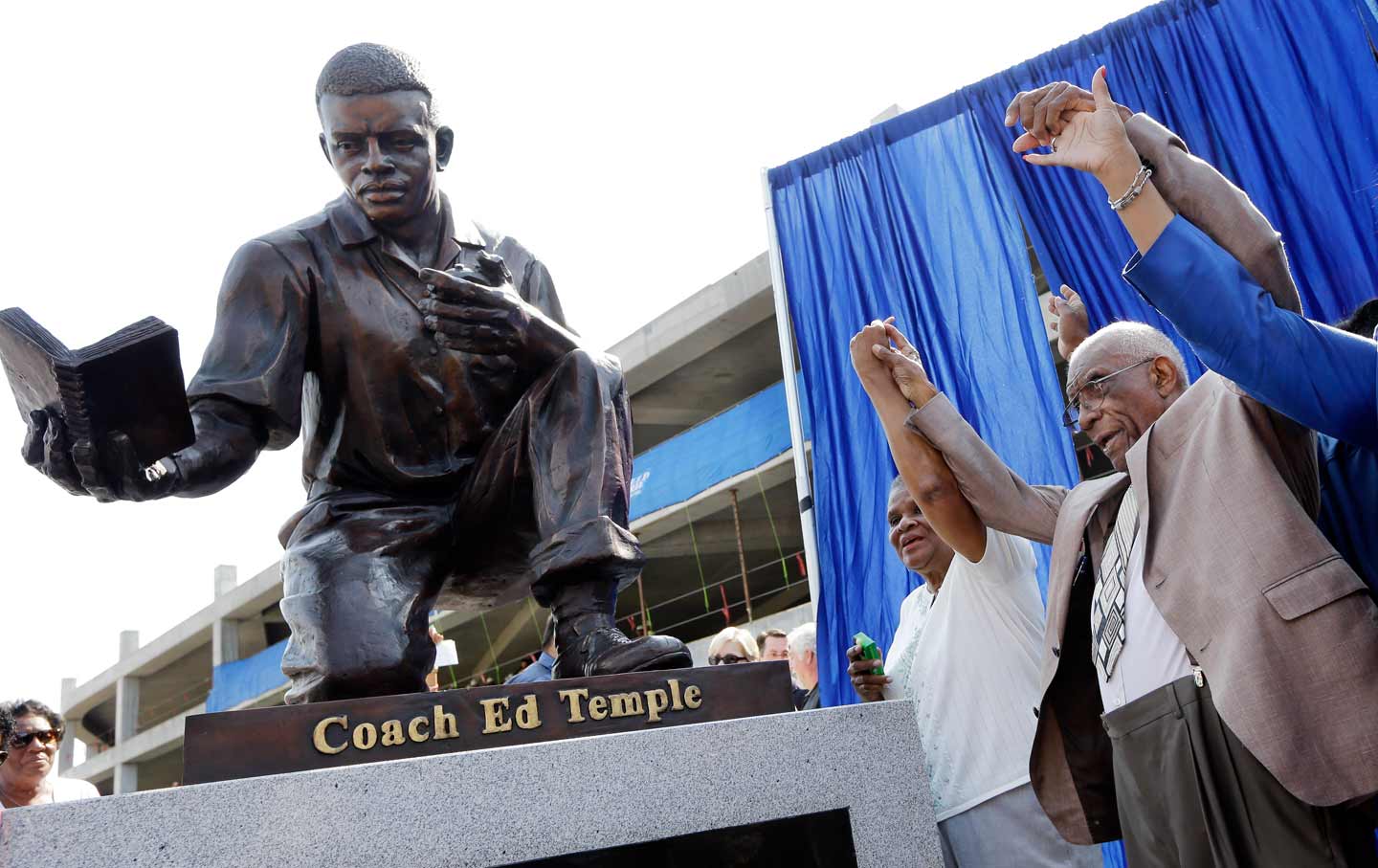 An icon in the world of women’s sports and historically black colleges and universities (HBCUs) passed away last week at the age of 89. Track and field coach Ed Temple touched countless lives and succeeded in the face of unimaginable obstacles. Although his passing has garnered little attention, his life deserves to be recognized and revered.

His accomplishments are the stuff of folklore. Mr. Temple, as he was known, trained Olympic legend Wilma Rudolph and the first back-to-back 100-meter gold-medal winner in Olympic history, Wyomia Tyus. And over the course of his illustrious 44-year career he coached the historically black Tennessee State University Tigerbelles to 34 national championships.

Despite operating for over half of his career in a pre–Title IX era, when the opportunities for female athletes and especially black female athletes were almost nonexistent, Temple trained 40 black woman Olympians, who won 23 Olympic medals, 13 of them gold. His program did not even offer athletic scholarships until 1967, by which time this small, historically black college was the standard of women’s track and field throughout the world.

As Wyomia Tyus told me in an e-mail, “It was the sacrifices and beliefs he had for us, The Tigerbelles. He taught us that that none should quit or give up, because if forty black women could excel during the Jim Crow era…there is nothing we couldn’t do. I’m a better person because of him.”

He was the head coach of the US Olympic Women’s Track and Field Team in 1960 and 1964, at a time when there were very few openings for African-American coaches at the Olympic level. It’s easy to understand why: Seven Tigerbelles were on Team USA at the 1960 Olympics. This is particularly remarkable when you consider that Tennessee State had an enrollment at the time of barely more than a thousand students.

As any of Temple’s charges could tell you, he cared about education even more than about sports. Before reeling off the numbers of Olympians or medals attached to his program, he’d make sure you knew that 39 of his 40 Olympians earned bachelor’s degrees, 28 completed their master’s degrees, and eight became PhDs. One of his famous phrases was, “Athletics opens up doors for you, but education keeps them open.”

I spoke to 1968 Olympian John Carlos, who said, “They talk about Arnold Palmer being a loss to golf, well, Ed Temple is the same status of loss for track and field and even greater for the world of the Olympic movement. Ed Temple produced more gold medals than many countries. If I was to look at the greatness in any coach, I would have to say that Ed Temple would be leading the list in terms of male or female coaches, but he never got the recognition that he deserved while he was alive.”

I also reached out to Dr. Rita Liberti, co-author of the book (Re)presenting Wilma Rudolph. Like Wyomia Tyus, she pointed out to me just how remarkable Ed Temple’s accomplishments were, given the times he was forced to inhabit. She said: “His program was marginalized by the broader society because he trained and worked with black women. In addition TSU pushed the women’s track program to the margins as well—always taking a backseat to football and men’s basketball. One of the threads that is woven so tightly through HBCU sport in the early- to mid-20th century is the crucial role of community and its place in supporting and nurturing female student athletes. I talked about this with my research about 1930s women’s basketball at HBCUs in North Carolina, and I think the same can be said for the Tigerbelles. Educational leaders at HBCUs created and sustained sport programs for women (largely in basketball and track and field) because they understood that black women needed all the tools imaginable to enter a world not eager to greet them. The playing fields upon which women ran and dribbled provided an incredible laboratory of sorts to foster an array of skills. For me, Ed Temple’s contributions to US history extend far beyond gold medals—but more importantly, he was part of a much larger community of folks within HBCUs who understood the strengths and benefits of athletic womanhood—the importance of it—the power of it—and what it meant to individuals, to black communities, and beyond. His efforts, and those of so many other HBCU leaders, were transformative—and so deserving of our attention.”

The current director of men’s and women’s track and field at Tennessee State University is Chandra Cheeseborough-Guice. A Tennessee State grad in 1981, she became the first woman to win gold in both the 4 x 100-meter and 4 x 400-meter relay at the 1984 Los Angeles Summer Olympics.

“I always looked at Coach Temple as a father figure and a man of truth and wisdom,” said Cheeseborough-Guice in a statement given to Runner’s World. “He is one of the finest people I have ever had an opportunity to meet. He really brought out the best in me. He made me realize my potential that had not been tapped.”

Ed Temple was a member of nine different Hall of Fames, and somehow that’s the least important and least impactful part of his towering legacy.