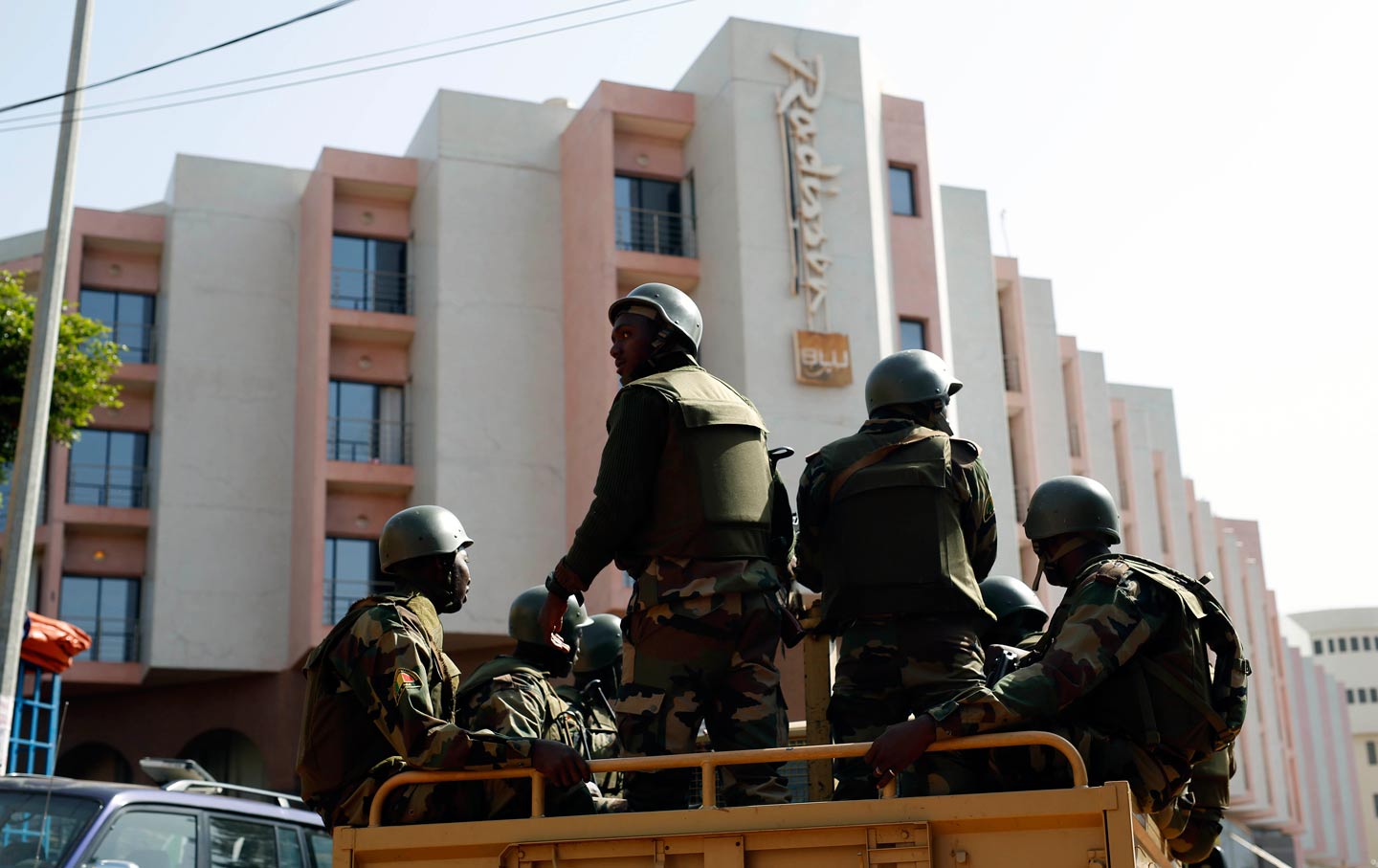 My neighbor Anita Datar was murdered last week, one of 27 to die at the hands of terrorists in Friday’s killings in Mali. Anita’s son Rohan goes to my kid’s public school here in Takoma Park, Maryland. They are in the same grade and are friends. Rohan is kind and generous, which makes sense, because Anita was too. She devoted her labors and her life to making the world more just, particularly for women in the Global South searching for healthcare amid urban poverty. (Learn about the NGO, Tulalens, she founded.) I can’t say I knew her well, but after reading a description of her in a statement released by her brother Sanjeev, she sounds both familiar and emblematic of the best of this community. “Anita was one of the kindest and most generous people we know,” he wrote. “She loved her family and her work tremendously. Everything she did in her life she did to help others—as a mother, public health expert, daughter, sister and friend. And while we are angry and saddened that she has been killed, we know that she would want to promote education and healthcare to prevent violence and poverty at home and abroad, not intolerance.”

That much discussed “gray zone”—the areas of coexistence of Muslims and the West, which fundamentalists on both sides seem intent on destroying—thrives in Takoma Park: a multiracial, multicultural, multi-theological space in a country becoming intoxicated by dreams of walls and barbed wire. Takoma Park is often mocked for its chin-out liberalism, as the sort of place where the two-party system means the Democrats and the Greens, the sort of place where left-sounding speechifying can paper over the class and racial divisions that exist. But as I’ve come to learn, there are more than enough people here who live their politics as more than a rhetorical or Election Day exercise. We have pools of proud people who match their words with deeds and fight to make the world a better place. People like Anita Datar.

In the coming weeks, we are going to see just how strong that fabric of this community actually is, whether we can stand together in the name of what Anita Datar actually believed and against those who are already using her memory to agitate for war and the kinds of institutions of intolerance she devoted her life to dismantling.

But most pressing is that we have a child whose mother died under unthinkable circumstances. We have a class of second graders who are going to need help making sense of what actually happened. We have Muslim students who we are going to need to help feel safe, and not stigmatized. We need to help all of these students carry a weight they didn’t ask for, but which will now be a part of their reality.

Louis C.K. has a bit where he talks about how parents in the United States have the luxury of picking a time to tell kids about war, when in other countries that decision is made for you by daily reality. After a day of explaining to my child what happened to Rohan’s mom, I think Louis has it a little bit wrong. Telling your kids about war is actually the easy part. Explaining to them why vengeance and more war is not the answer is tough, especially when we have politicians who think and speak like spiteful children. Humbly, I’d offer that the best way to make it clear to our kids is to speak about the life of Anita Datar herself. If her brother could say, “We know that she would want to promote education and healthcare to prevent violence and poverty at home and abroad, not intolerance,” then the least we can do is pick up that torch. We can make sure our children know that the enemies of those values, both foreign and domestic, need to be challenged with an undying vigilance.