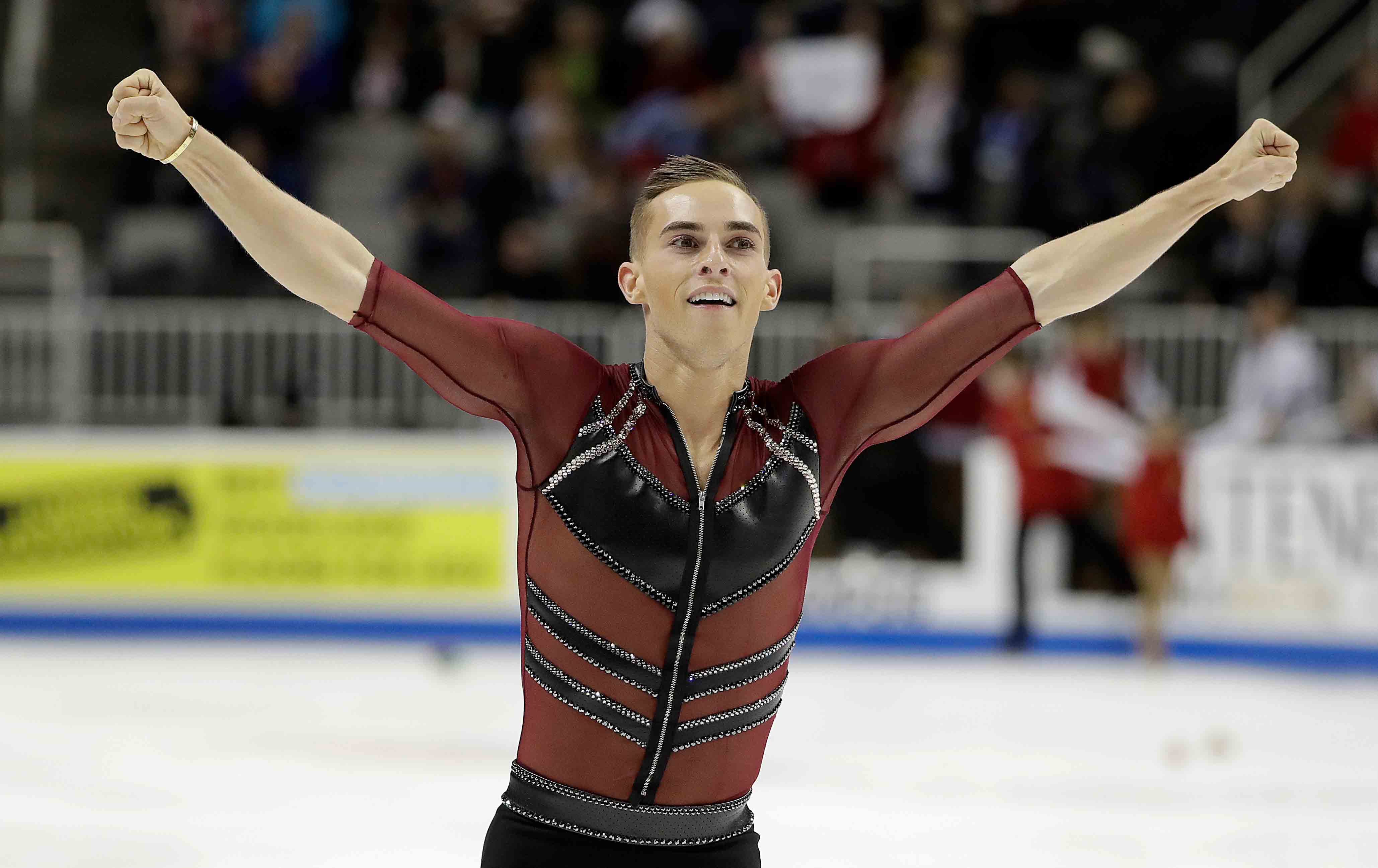 The Olympics has long been a site of not only sports, pageantry, and flag-waving nationalism but also dissent. While most people associate that with the 1968 Games where John Carlos and Tommie Smith raised their fists, this tradition goes back for as long as there has been an Olympics. (Read Activism and the Olympics, by Jules Boykoff, to see how far back it goes.)

In 2018, a chapter has already been added to this history, and it could not have happened soon enough. For the first time, the United States Winter Olympics team has two open LGBT athletes: figure skater Adam Rippon and freestyle skier Gus Kenworthy. For the first time as well, the Olympic delegation is being led by Vice President Mike Pence, a virulent homophobe, who (as Donald Trump likes to joke) “wants to hang” LGBT people.

In addition, these Winter Olympics come on the heels of a dictate by this administration that medical professionals do not have to provide services to trans people. They believe that if you state a religious objection, you can leave a trans person in a life-threatening situation to die. Well, Adam Rippon was not going to partake in this quietly.

Rippon was asked by USA Today what he, as the first openly gay US Winter Olympian, thought about Vice President Mike Pence’s leading the Olympic delegation. He said, “You mean Mike Pence, the same Mike Pence that funded gay conversion therapy? I’m not buying it.” If it were before my event, I would absolutely not go out of my way to meet somebody who I felt has gone out of their way to not only show that they aren’t a friend of a gay person but that they think that they’re sick. I wouldn’t go out of my way to meet somebody like that.”

He also said of Pence, “I don’t think he has a real concept of reality. To stand by some of the things that Donald Trump has said and for Mike Pence to say he’s a devout Christian man is completely contradictory. If he’s okay with what’s being said about people and Americans and foreigners and about different countries that are being called ‘shitholes,’ I think he should really go to church.” Rippon said that he was open to speaking to Pence about his views even if he would not be visiting the White House following the Olympics.

Pence was clearly wounded by the comment, and his office issued an immediate statement saying, “The vice president is proud to lead the U.S. delegation to the Olympics and support America’s incredible athletes. This accusation is totally false and has no basis in fact. Despite these misinformed claims, the vice president will be enthusiastically supporting all the U.S. athletes competing next month in Pyeongchang.”

For a White House that lies as easily as it talks, this was another whopper. In 2000, when running for Congress, Mike Pence “supported the use of federal funding to treat people ‘seeking to change their sexual behavior.’” His website read, “Resources should be directed toward those institutions which provide assistance to those seeking to change their sexual behavior.”

I spoke to Cyd Zeigler, author of Fair Play: How LGBT Athletes Are Claiming Their Rightful Place in Sports, who said, “The most important piece of what Adam said about Mike Pence is his willingness to sit down with the vice president for an open conversation. We have let the divisions in our country get way out of hand, and Adam’s openness to conversation with someone he disagrees with shows the leadership we’ve come to expect from our greatest American athletes. I wish we would all take his lead.”

Given this administration’s treatment of dissenting members of the congressional black caucus, protesting athletes and even members of his own party, there is little evidence that Donald Trump or Mike Pence are seeking dialogue over demonization. As with athletes like Colin Kaepernick, Megan Rapinoe, and Michael Bennett, we’ve long passed the point where our athletes are acting more presidential than whoever is skulking around the Oval Office.