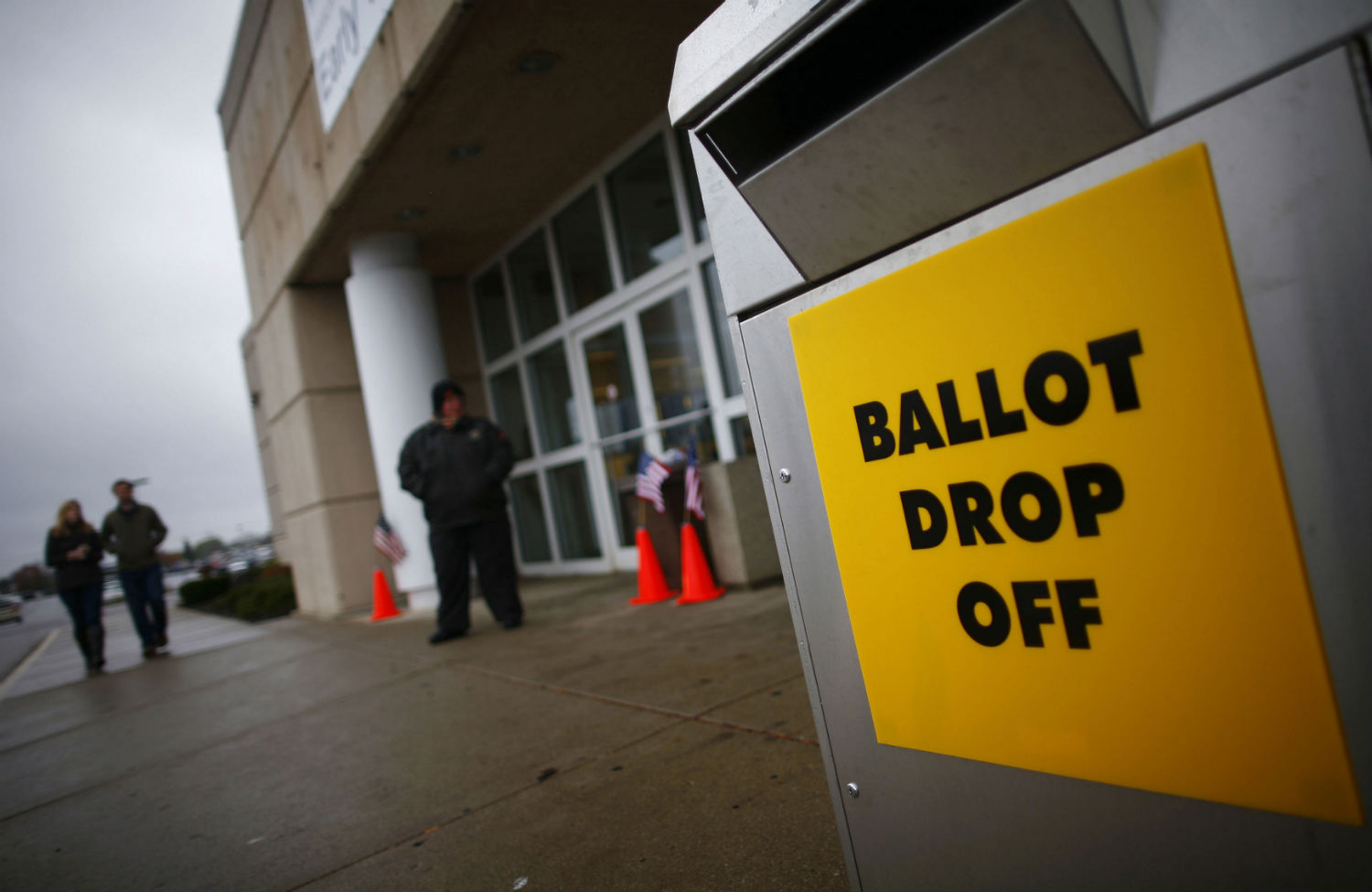 In 2004, Ohio had the longest lines in the country on Election Day, with some voters—particularly in large urban areas—waiting as long as seven hours to vote. A DNC survey estimated that 174,000 Ohioans—3 percent of the state’s electorate—left without voting. George W. Bush won the state by just 118,000 votes.

In response to the long lines, Ohio adopted thirty-five days of early voting in 2008, including on nights and weekends, to make voting more convenient. But following the large Democratic turnout in 2008, Ohio Republicans drastically curtailed early voting in 2012 from thirty-five to eleven days, with no voting on the Sunday before the election, when African-American churches historically rally their congregants to go to the polls. Voting rights activists subsequently gathered enough signatures to block the new voting restrictions and force a referendum on Election Day. In reaction, Ohio Republicans repealed their own bill in the state legislature, but kept a ban on early voting three days before Election Day (when 98,000 Ohioans voted in 2008), adding an exception for active duty members of the military, who tend to lean Republican.

These cuts disproportionately impacted black voters, who made up a majority of early voters in large urban areas like Cleveland’s Cuyahoga County and Dayton’s Montgomery County in 2008. Ohio Republicans brazenly tried to cut early voting hours in Democratic counties while expanding them in Republican ones. GOP leaders admitted the cuts in Democratic counties were motivated by racial politics. “I guess I really actually feel we shouldn’t contort the voting process to accommodate the urban—read African-American—voter-turnout machine,” said Doug Preisse, the GOP chair in Columbus’s Franklin County.

These voter suppression efforts backfired in 2012. The Obama campaign successfully sued to reinstate early voting on the three days before Election Day (although Secretary of State Jon Husted limited the hours) and the overall share of the black electorate increased from 11 percent in 2008 to 15 percent in 2012.

But now Ohio Republicans are once again resurrecting efforts to make it harder to vote. Last month, the GOP-controlled Ohio Senate, on a party-line vote, voted to cut early voting by a week, eliminating the “Golden Week” when Ohioans can register and vote on the same day during the early voting period (Senate Bill 238). The legislation was introduced and passed in one week, with almost no time for substantive debate. The Senate also passed a bill preventing the secretary of state or individual counties from mailing absentee ballots to all eligible voters unless the legislature provides the money, which they are unlikely to do (Senate Bill 205). The Ohio House, which is also controlled by a large GOP majority, is holding hearings on the bills this week.

These restrictions—and additional measures being considered by the legislature—have the potential to impact millions of voters in the Buckeye State: 600,000 Ohioans voted early in 2012, more than 10 percent of the state’s electorate, and 1.25 million voted by mail, 22 percent of the electorate.

“The voting rights community is raising the alarm because these laws in and of themselves are significant, but we fear they are the beginning of a wave of bills to make it harder to vote in Ohio,” says Ellis Jacobs, founder of the Miami Valley Voter Protection Coalition.

Jacobs fears that the legislature could soon consider proposals to further cut early voting hours, particularly on weekends when it’s most convenient to vote, along with a strict voter ID law (900,000 Ohioans, including one in four eligible African-Americans, don’t have a government-issued ID). The unpopular voting restriction bill of 2012, which the legislature repealed after opponents forced a referendum, “is being reintroduced in pieces,” Jacobs says. “It’s an effort to sneak it in under the radar and to make it very hard to overturn by referendum.” Incidentally, the first elections bill passed by the legislature this year and signed by Governor John Kasich made it much more difficult for citizens to challenge legislation via referendum.

Jacobs testified before the Senate:

The Secretary of State’s office reported that 5.6 million voters turned out for the November 2012 general election and just 625 ballots showed irregularities. Of those, 115 were investigated by law enforcement and 20 were sent to the Attorney General Mike DeWine. The Attorney General’s office said 13 cases of voters casting ballots in multiple states were ultimately turned over to the prosecutor’s office.

In other words, .00023 percent of votes in 2012 were referred for prosecution, none have resulted in a conviction so far, and none would have been stopped the legislature’s proposed voting restrictions. [UPDATE: There have been three convictions in the Cincinnati area stemming from 2012: a poll worker voted in three elections for her sister, who was in a coma; a nun voted for a fellow sister who passed away before she could cast a ballot; and a man submitted his wife’s absentee ballot before she died. These are abuses of the system, but hardly evidence of a wide-ranging conspiracy to commit voter fraud.]

The legislature has done nothing to address the real problems in Ohio during the 2012 election, namely that voters in large urban areas waited much longer to vote than those in small rural counties. “On the last weekend of 2012, waiting times from 1-4 hrs were the rule in almost all larger counties,” reported Norman Robbins of Northeast Ohio Voter Advocates. “Smaller counties with populations less than 160,000 had waiting times of less than 0.5 hour.”

Congresswoman Marcia Fudge of Cleveland, chairwoman of the Congressional Black Caucus, recently sent a letter to Attorney General Eric Holder suggesting that cuts to early voting and a voter ID law would violate Section 2 of the Voting Rights Act. “I believe both of these proposals are designed to systematically restrict the access of eligible Ohioans to the voting booth, particularly minorities, students and the elderly,” Fudge wrote. “After this summer’s dismantling of a key provision of the Voting Rights Act by the US Supreme Court, it is even more important that we remain vigilant and promptly address attempts to limit access for eligible voters.”