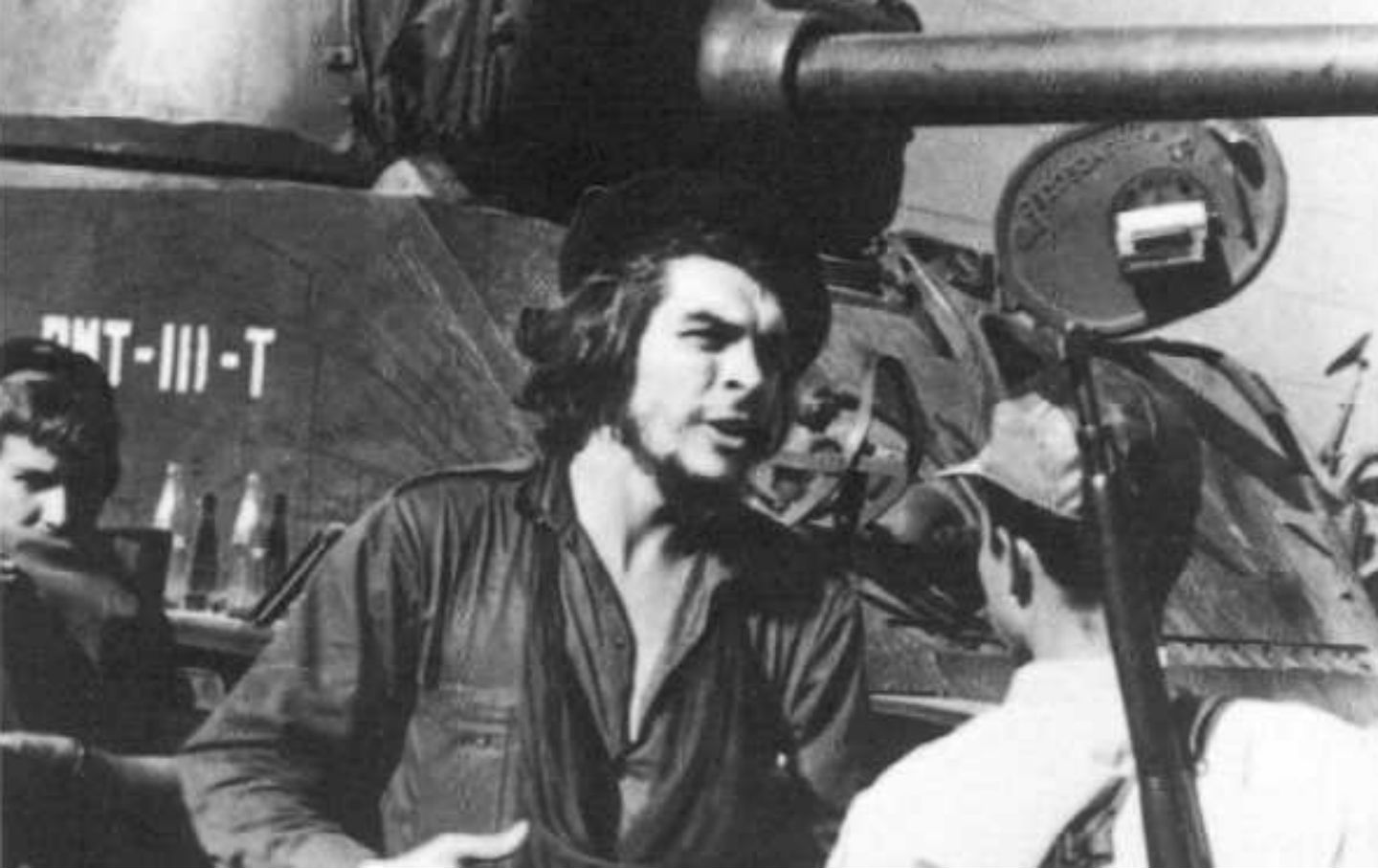 Che Guevara was executed by the Bolivian army on this day in 1967. When his self-selected executioner hesitated before firing, Guevara allegedly spat at him and shouted: “Shoot me, you coward! You are only going to kill a man!” In The Nation one month, later, the novelist and journalist Jose Yglesias wrote about Guevara’s death. (The blogger Matt Yglesias, currently of Vox, is his grandson.)

Let us assume that Che Guevara is dead. Simply because of the photographs. A week of news reports made clear only that we are uneasily dependent on Bolivian army generals, backed up, in the matter of fingerprint identification, by Argentinian authorities…. As I write, the Bolivians, who first buried, then cremated Che, are saying that they cut off his hands and have kept them. Shocking but perfectly right—like a surprising turn in a Dostoevski novel—and a reminder of the kind of mentality that our special forces are training in the suppression of revolutionary guerillas. Someone should tell the Bolivian generals—someone steeped in their medieval tradition—that these hands, like Saint Teresa’s, may well be with us for a long time: to strengthen the nonreligious but barefoot Order—like Saint Teresa’s stoical Carmelites—of the guerillas of South America.…

It is a death that Che has often rehearsed, turned over in his mind, gone out to meet. After two years of silence, he sent a message to Cuba for publication last April in the first number of the magazine of the Tri-Continental Organization…. In it, he analyzed the world political situation and argued for the creation in the Third World of “two, three, many Vietnams.” The last paragraphs of the message turn, in a very personal way, to his own role, and end with a perfectly cadenced Spanish sentence: “Wherever death surprises us, welcome be it, so long as this, our battle cry, reaches a receptive ear and another hand stretches out to grasp our arms and other men lend their voices to funeral songs accompanied by the rattle of machine guns and new cries of war and victory”.…

It is a strange voice to hear so far from the world of which it speaks. A voice repellent to our comfort and our common sense—thank God, he looks for no recruits amongst us. His is a revolutionary ideology in which death and tragedy occupy, close in the foreground, an unwanted, redemptive place.