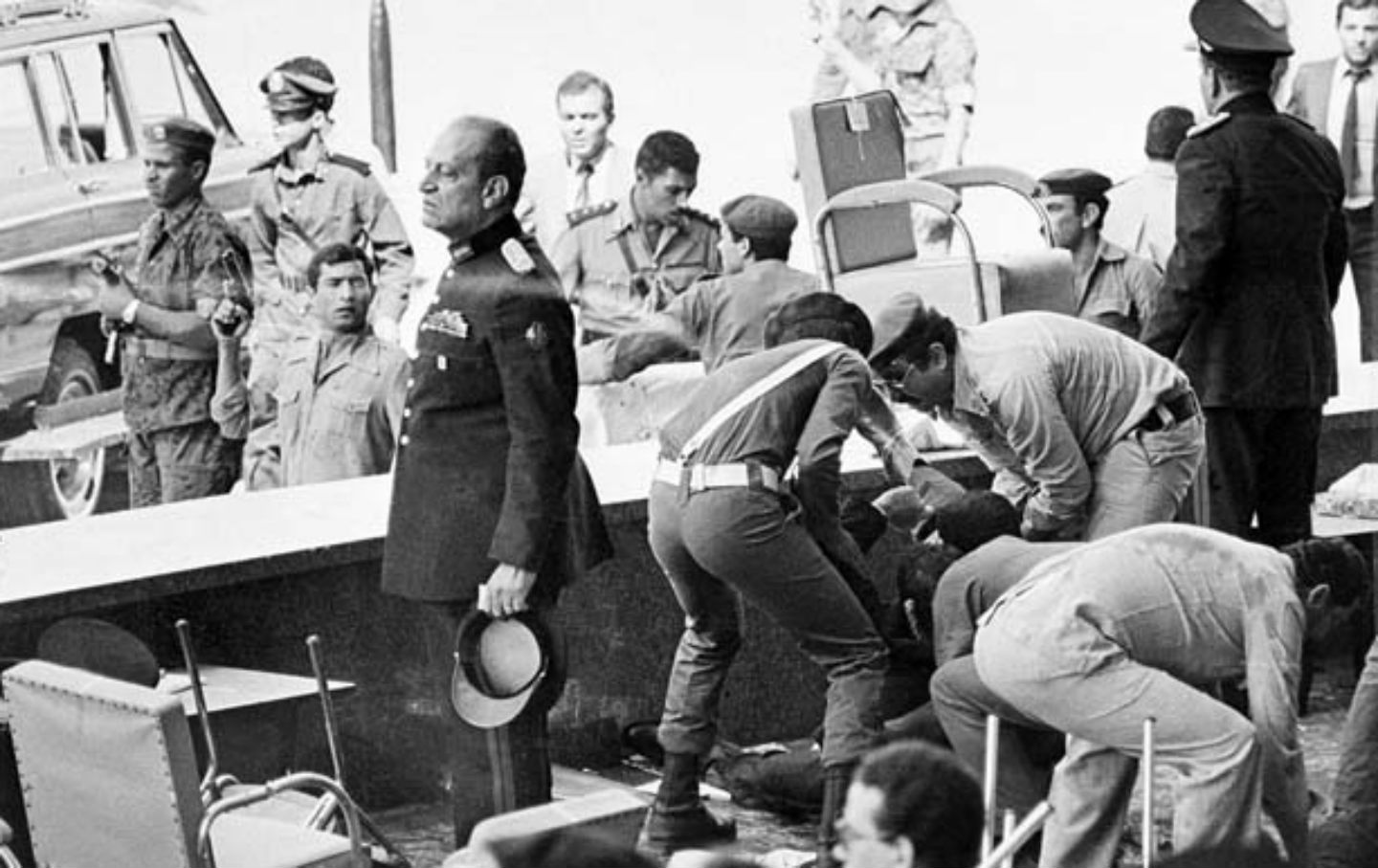 Aftermath of the Anwar Al-Sadat assassination, in which Egyptian soldiers tended to the wounded on the platform. (Wikimedia Commons)

On this day in 1981 the Egyptian president, Anwar Al-Sadat, was assassinated by an Islamist as he reviewed a military procession. In an editorial, The Nation objected to the ubiquitous references to Sadat as a “friend” of the United States. The emphasis on the personal relations of international leaders has only grown more pronounced in the three-plus decades since The Nation noticed this literally mystifying trend.

The assassination of Anwar el-Sadat was, of course, sad and bad news, but official U.S. reaction to it was inappropriate and ominous. The frequent recourse to the word “friend” by the officials reacting was the problem. President Ronald Reagan called Sadat a friend. Jimmy Carter of Camp David fame said, incredibly, that Egypt’s dictator was his closest “personal friend.” Nations can have no friends. Allies, yes. Temporary collaborators for limited policy purposes, of course. But the sentimental, media-inspired notion that national policy should have anything to do with friendship is a dangerous delusion. Does peace in the Middle East now depend on Sadat’s successor becoming a pal of Reagan and Begin? Policy must be built on a more solid foundation than personal intimacy with the current occupant of the Pharaoh’s throne. Advancing the Camp David process toward a genuine settlement is the real challenge to American, Arab and Israeli leaders. That would be the appropriate way to memorialize the best qualities of the fallen Egyptian leader. Disturbing as the prospect may be for Reagan and Co., a more popularly based or even a democratic regime may be what they will have to deal with now that Sadat is gone. His successor, Hosni Mubarak, is, unlike Sadat when he took power, a true nonentity. U.S. policy in the Middle East has as its first principle the notion of an anti-Communist triad composed of Egypt, Israel and Saudi Arabia…Washington must get serious about the Middle East, drop its anti-Soviet crusade and consider the real interests of the people living there. Otherwise the killing will go on.