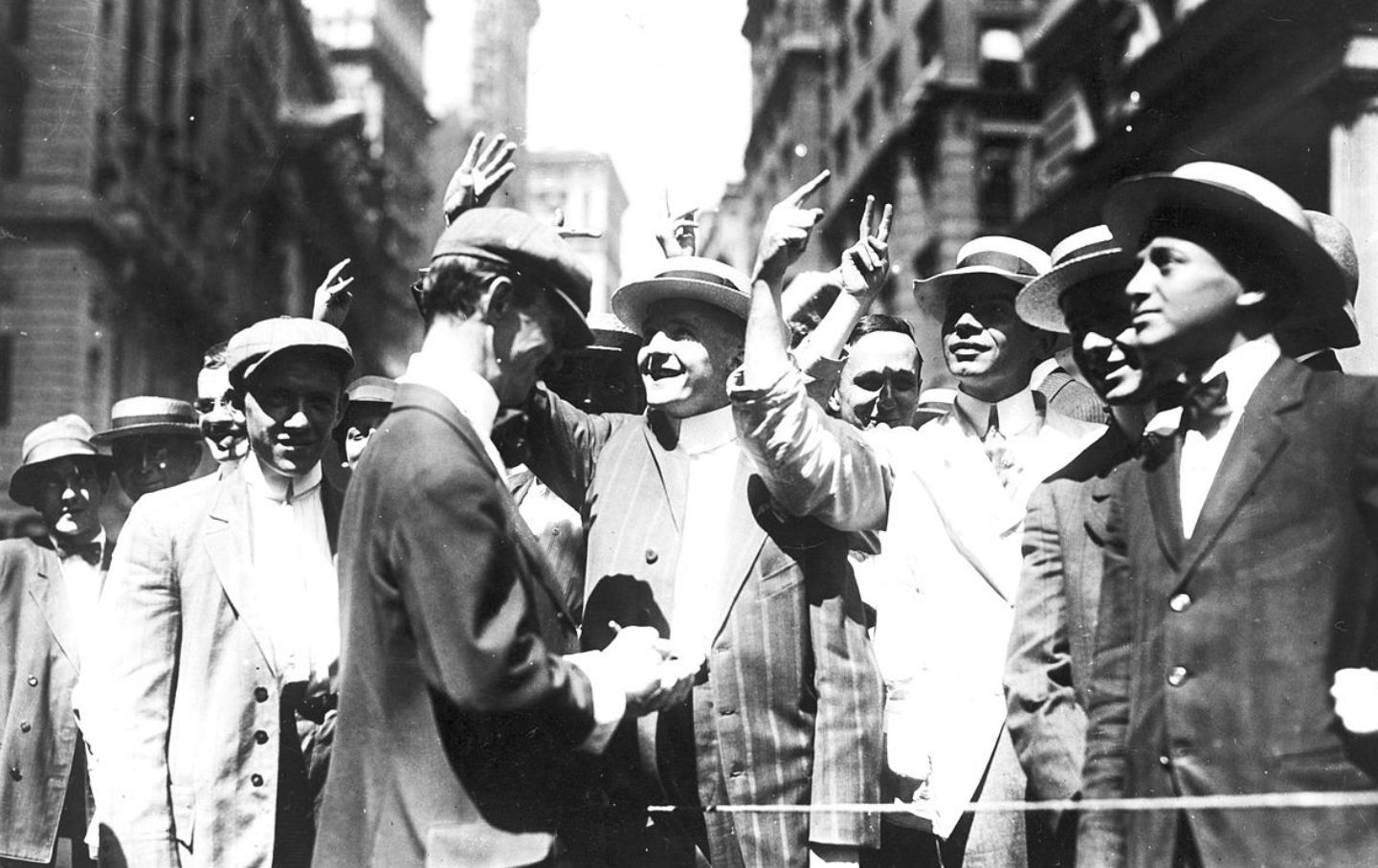 The Panic of 1907, sparking the worst economic contraction of the 20th century before the Depression, began on this day… in 1907. The president of the Knickerbocker Trust Company had invested much of the firm’s deposits in copper, which soon flooded the market, depressing prices and wiping out the Knickerbocker funds. Regional banks then withdrew their money from New York City institutions, leading to widespread bankruptcies and failures across the country. John D. Rockefeller and other bankers, the “conservatives” referred to in the following editorial note in The Nation, stepped in to prop up the financial system. The Federal Reserve, created by Congress in 1913, was a direct consequence of the Panic of 1907.

“Well, it looks as if legitimate business would now have a chance to get banking accommodation.” Words to that effect have been heard from hundreds of business men within the past few days. They think they see in the rescue of certain banks from domination by promoters and stock gamblers, the promise of a return of all the banks to the traditional aid and safer methods of an older day…What have we seen in New York during the past half-dozen years? Great banking institutions prostituted into tools of unscrupulous speculators. Under such a twisted and malign conception of banking, business can, for a time, make shift to get on. But let a period of restricted credit befall, as in the past six months, and what is the result? It is legitimate business that is first made to suffer…All the time, there is too much reason to believe, the resources of certain banks were being put at the disposal of promoters and speculators. In other words, the hold of stock gamblers upon banks has really been a grip upon the throat of business. The immense discredit into which this vicious system has now fallen must give great satisfaction to those conservative bankers who have consistently denounced and resisted speculative banking. It was to them that the very speculators had to turn, when the crisis came; and for their courageous, firm, and thorough dealing with the perverted banks, the financial community is lastingly in their debt.