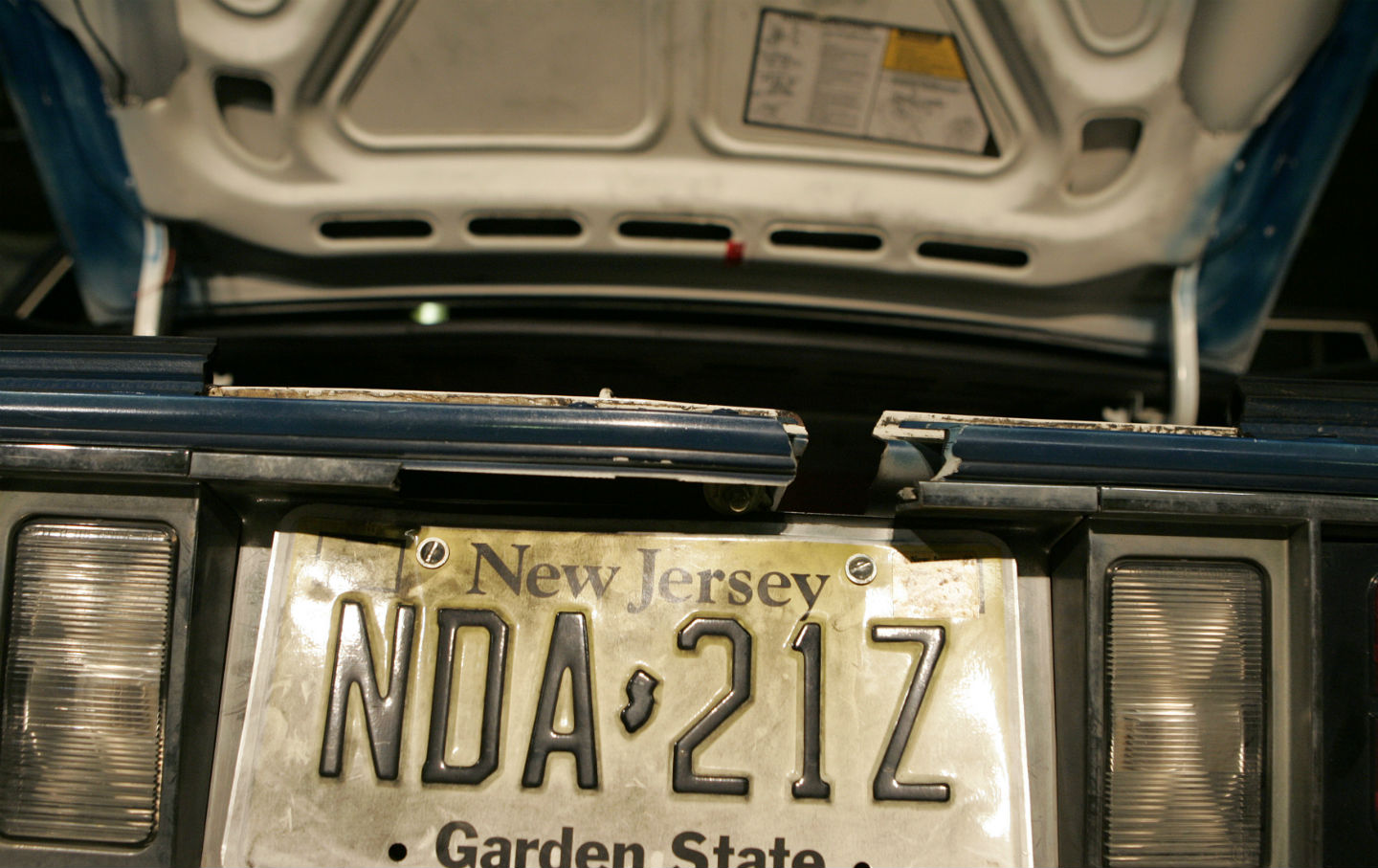 The trunk of the 1990 Caprice used by convicted sniper John Allen Muhammad and Lee Boyd Malvo after it was entered into evidence in the murder trial of Muhammad in 2006. The snipers shot the rifle the rifle was shot out of the hole. (AP Photo)

Mysterious sniper attacks began occurring all around the Washington, DC, metro area on this day in 2002, a development which, after the attacks of the previous September and the subsequent (though entirely unrelated) scare, scared the daylights out of everybody. They turned out to be the work of a man named John Allen Muhammad and his young accomplice, Lee Boyd Malvo, whose ultimate goal was the establishment of a terrorist training camp for African-American orphan boys on the Canadian border. The real consequence, however, besides the murders, was the further blurring of the lines between the police and the military, as Patricia Williams wrote in this column from a month after the attacks began, “Home on the Range.”

On other fronts, a sniper is on the rampage in Washington, a tortured ghost for whom the war on terror seems not to be enough. The FBI calls in Army reconnaissance planes to try to find him. This is touted as a fair response under the circumstances, but in the process we Americans quietly witness the ultimate conflation of army and police. Given the reorganization of police power over the past year, it seems almost anticlimactic, reasonable, desirable. And given the urgency of current events, we seem to have abandoned all thought of other, less constraining alternatives. Who needs gun control, goes the popular logic, when we can have the gloriously panoptic control of the military aerially surveilling suburban shopping malls? And, hey, is it really so different from those surveillance cameras the Giuliani administration installed all over Manhattan?…

Sometimes things get so crazy that people simply cannot hear through the mass panic of the moment. As we ride out the heightened troubles of these times, as our domestic fears become conflated with international terror, let us work hard not to fall back on the models that have betrayed us so often, of cowboys, of careless verbiage and of blind faith in the culture of guns.