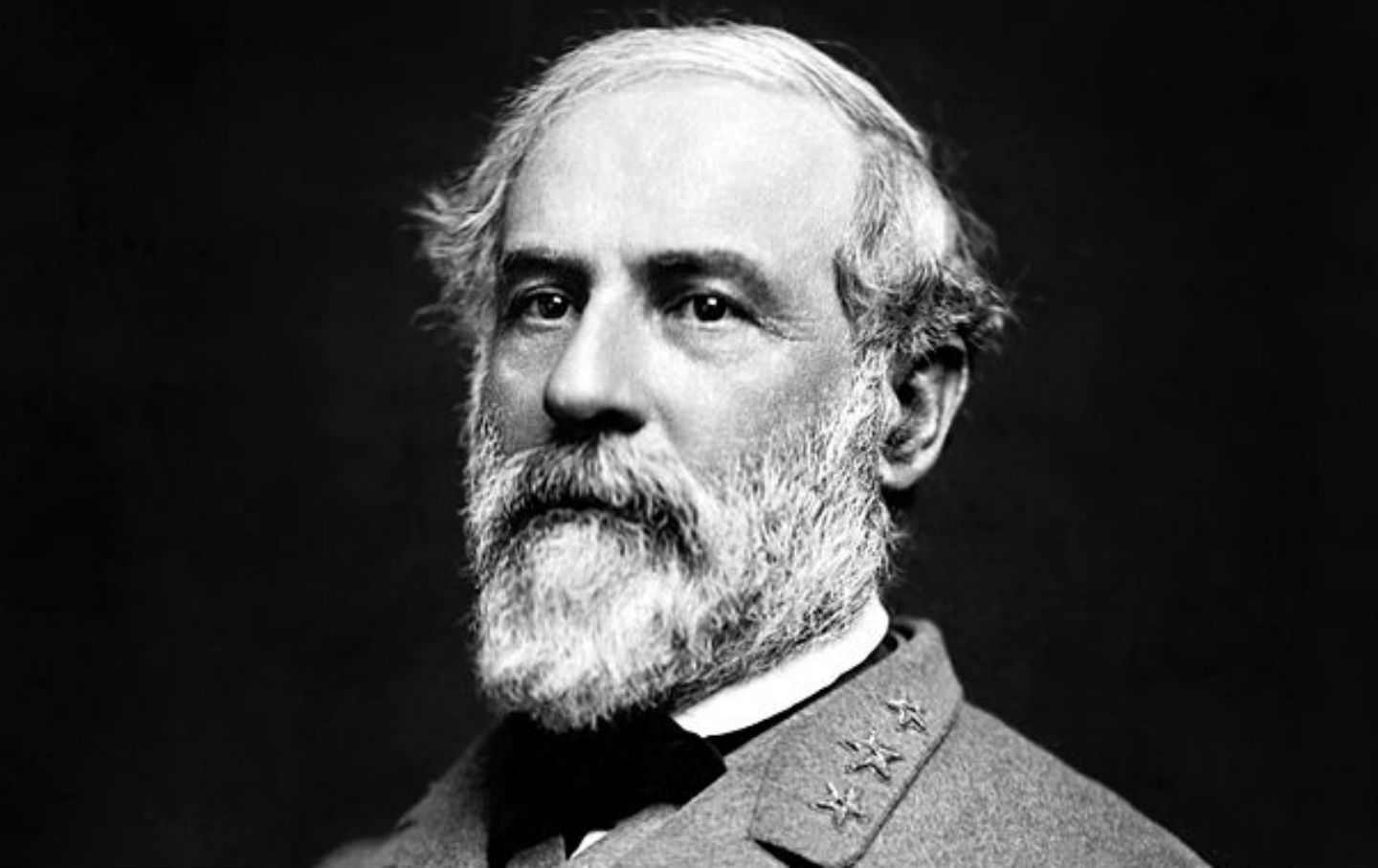 When former Confederate General Robert E. Lee died on this day in 1870, The Nation was already in the middle of its much-bemoaned and sorely regretted decades-long turn to the dark side of racism, conservatism, and free-market capitalism. Its tribute to Lee, then, is a curious artifact of its time; The Nation was obviously not prepared to call him a hero, but it came perilously close, analyzing Lee’s career and leadership qualities in the context of his place and time more than simply calling him a rascal and the pawn of slave owners. Though the piece presents a nuanced view of a complicated historical figure in a way which is regrettably out of fashion these days, there is the glaring absence of any reference to the fact that Lee was at the head of an army fighting to preserve and extend the enslavement of other human beings. The Nation, then turning against Reconstruction, was eager to promote the view of the Civil War that became predominant in the ensuing century and a half: that it was really about the Union, and not about the conflict over slavery.

General Robert E. Lee died, on Wednesday week, of nervous prostration, brought on, doubtless, by the fatigues and anxieties of the war, and, more immediately, by the awful chagrin—we will not call it remorse—which must have come in the silence and desolation of peace to every man who bore a prominent part at the South in carrying on the war. Skill, courage, patience, and fortitude, and all in the highest degree, nobody can deny him, and we are glad to say that, so far as our observation has gone, no one who has noticed his death has attempted to do so. Everybody acknowledges that, whether his share in the rebellion was his folly or his fault, he made, by his demeanor since he laid down his arms, the best and, indeed, the only atonement a brave man could make without forfeiting his self-respect. And, now that it is all over, and that men’s judgments of him have, at best, only a literary value, we may say that he was a type of soldier which any race may be proud to produce and would do well to cherish. When one watches what is happening in France, and sees how hard it is even for a nation trained to arms to bring to the surface, even in the throes of despair, the strong, silent man who can take the fortunes of the State on his single head, and bear them valiantly—serene and resolute and still—the North, as well as the South, may do worse than respect Lee’s memory, rebel and traitor though he was. How anybody can look at him as a psychological puzzle because, having taken the military oath to the United States, he afterwards bore arms against them—and some do so—we cannot well understand. History is full of cases in which men, greater and better than he, broke an oath of allegiance to an established government as he broke his, in the interest, real or imaginary, of higher things, and yet retained the respect of all the world and their own. That which will, perhaps, if anything will, cloud the estimation in which he will be held by posterity is his failure, when in the very flush of his power and influence, to do anything to put a stop to the atrocities of the Libby and of Andersonville [Confederate prisons in Virginia and Georgia, respectively]. That he did not know of these horrors it is hard to believe; that, knowing of them, he should have done nothing to hinder them, those who admire him as a man, still more than those who admire him simply as a Southerner, will always remember as a great stain on a great name.