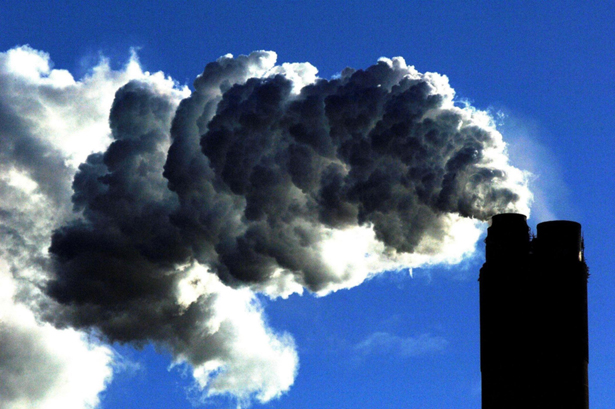 On June 2 the Obama administration proposed a regulation that, by 2030, would cut carbon pollution from power plants 30 percent from 2005 levels. Many hailed this as the strongest action against climate change launched by an American president. That may be true, but the first thing to understand is that the administration had no choice: if he’d done nothing, Obama would have been violating the Clean Air Act by failing to regulate carbon dioxide as a pollutant, and he would have been sued, as was the administration of George W. Bush in 2003 by seven states for the same transgression.

Questions of compliance aside, is the regulation aggressive enough to meaningfully mitigate the climate crisis? The answer is a resounding no.

The key problem is that 2005 was close to the peak year of US carbon pollution, which has declined notably since 2007 without any federal regulation, thanks to the recession and to the growth in renewable energy. In fact, according to data from the Energy Information Administration, the country is already halfway to Obama’s proposed 30 percent cut, which is far from the target that climate scientists say we must hit to avoid global catastrophe. Cutting carbon emissions from 2005 levels is like making a plan to reduce your caloric intake but using Thanksgiving Day as the baseline.

The order represents a vintage case of Obama negotiating with himself. He is undertaking an executive action, which requires no consent from Congress or industry groups. Severe pushback is inevitable from both—in his first statement on the proposed rule, House Speaker John Boehner dubbed it “nuts”—so why not propose a solution that fits the scale of the problem? This year the European Commission embraced a 40 percent cut by 2030 based on 1990 levels. Even that was criticized as too modest; the head of Greenpeace UK called for a 55 percent cut. “If our policy debates were guided by science and evidence, rather than Big Money and partisan positioning, the noisy criticism of the EPA rule would come not from those bemoaning a tyrannical mandate, but those demanding much more aggressive action,” says Public Citizen president Robert Weissman.

The new regulations give states a lot of flexibility on how to implement the reductions—flexibility that poses a risk of collateral damage. States have to reduce only the rate at which carbon emissions are produced, so they can do things like increase energy efficiency or push alternate energy sources instead of reducing carbon output directly. The flexibility will likely invite more serious legal challenges. Although the Supreme Court affirmed the EPA’s ability to regulate carbon emissions, this is still a lightly tested precedent. Issuing wide-ranging policy directives “creates more openings” for states and the industry to sue the EPA, a former Bush administration official told The Wall Street Journal. The rule also encourages states to switch to nuclear energy from coal and will boost natural gas extraction, including the destructive and wasteful process known as fracking.

Nevertheless, the proposed rule is at least a small step in the right direction, if a timid one. It will be crucial for citizens and environmental groups to push the EPA to adopt more stringent targets during the rule-making process. And while states may turn to fracking, they also have the option of introducing a carbon tax, or adopting cap-and-trade systems themselves or with other states that already have them. Serious policy action to combat climate change is still possible, even if Obama wants to lead from behind.