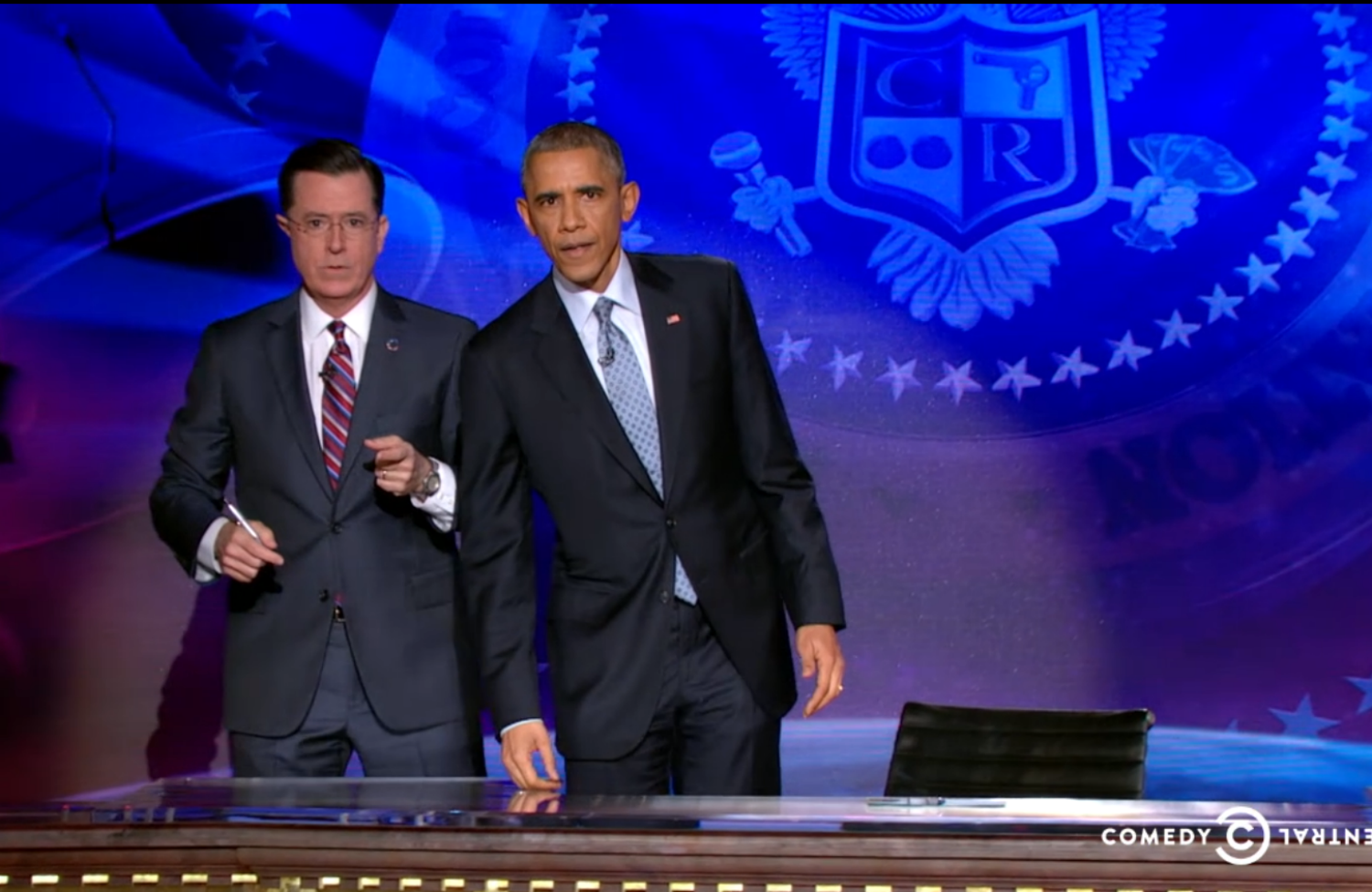 In one of his last shows, Stephen Colbert goes to Washington, and insists he could do a politician’s job but no pol could ever handle his… when out walks Obama. In his best Colbert imitation, POTUS does “The Word,” but Emperor that he is, he dubs it “The Decree.”

“Nation, as you know, I, Stephen Colbert, have never cared for our president,” Obama begins. “The guy is so arrogant, I bet he talks about himself in the third person.”

(It’s telling that Obama chose to use most of the segment to sell Healthcare.gov. Will new sign-ups surge overnight?)

It’s brilliant even beyond the usual and a must-see. (For the rest of Colbert’s thirty-five minutes with the prez, click here.)