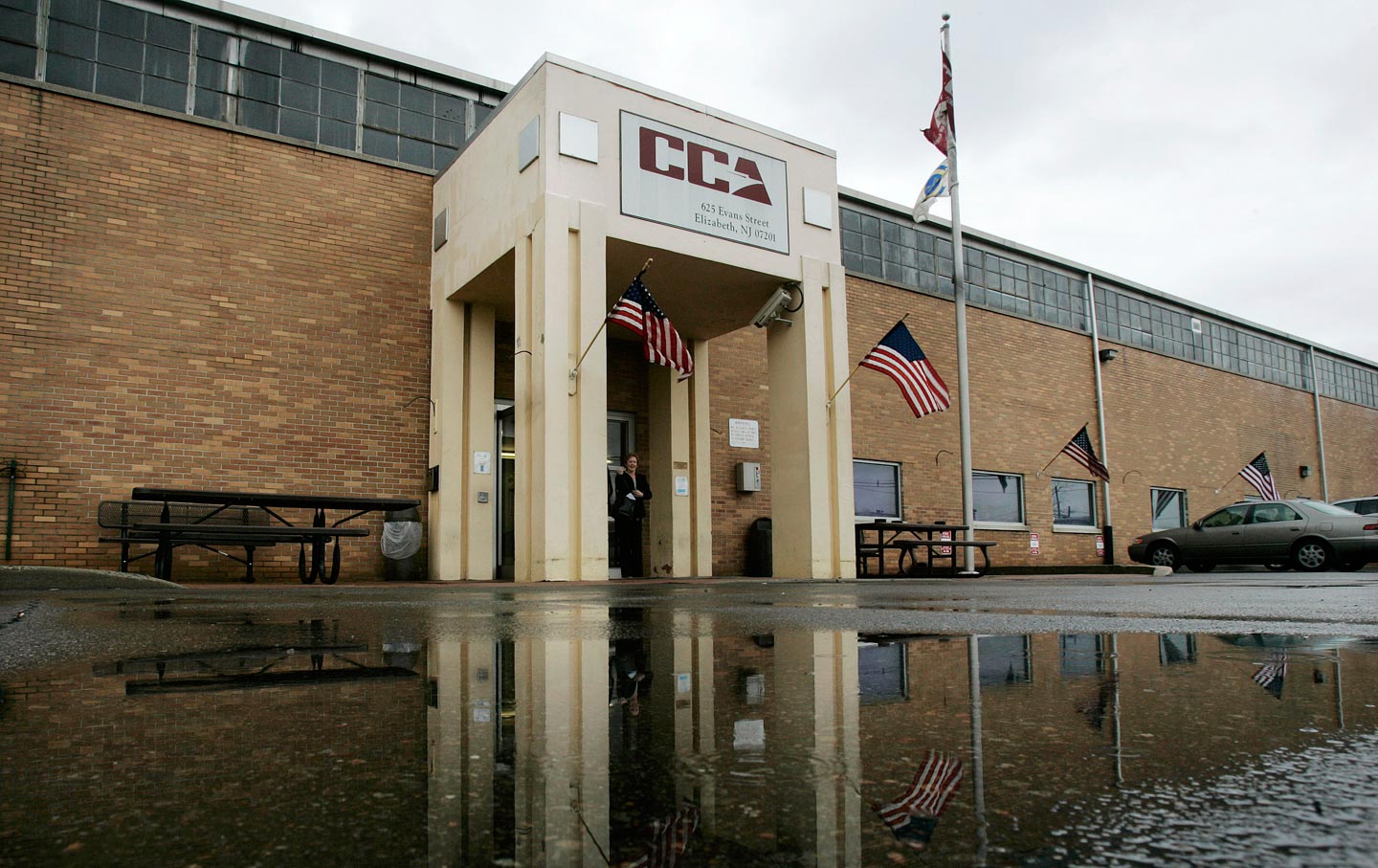 The private prison industry is having a very bad month. On Monday, the Department of Homeland Security said it will reexamine its use of private contractor to hold immigration detainees. The plan to conduct a review of private immigration-detention centers comes on the heels of a separate Department of Justice order on August 18 that will force the Bureau of Prisons to fully end its reliance on private prisons, which have been used solely to house noncitizen inmates.

“The Department of Justice announced that the Bureau of Prisons will reduce and ultimately end its use of private prisons,” Homeland Security chief Jeh Johnson said in a statement. “I directed our Homeland Security Advisory Council…to evaluate whether the immigration detention operations conducted by Immigration and Customs Enforcement should move in the same direction.”

Correction Corporation of America and Geo Group, the two publicly traded private prison companies that operate ICE detention centers, saw their stocks slide after the announcement Monday. The declines punctuate a disastrous month for the contractors. Immediately following the DOJ’s August 18 announcement, CCA and Geo stock both plummeted by about 40 percent.

The Department of Justice’s move away from private prisons two weeks ago comes after an investigation by The Nation and the Investigative Fund that uncovered widespread and longstanding medical neglect in the BOP’s subsystem of private prisons, including dozens of deaths involving substandard medical care. Tens of thousands of pages of previously unreleased federal records, buttressed by interviews with federal officials and prison workers, also revealed BOP officials repeatedly renewed contracts with the private prison companies despite consistent indications from its own internal monitors that the facilities were in crisis. The facilities currently hold more than 22,000 prisoners, almost all immigrants convicted of federal crimes. The prisons will begin closing later this year.

The DHS review announced on Monday pertains to a wholly separate system, composed of civil immigration-detention centers that house 25,000 noncitizens facing deportation. Advocates and watchdogs have for years documented conditions in these immigration detention facilities similar to those we uncovered in our probe of BOP facilities. And in the wake of the Justice Department’s announcement about the BOP prisons, immigrant-rights advocates stepped up pressure on the Department of Homeland Security to follow the DOJ’s lead.

“The priority for these companies is profit and not care, which has led to a number of deaths of immigrants in detention, some of which have been proven to be due to inadequate medical care,” said Silky Shah, executive director of Detention Watch Network. The organization, along with the ACLU, Human Rights Watch, and other advocacy groups have released a series of reports in recent years documenting deadly neglect.

Some advocates called on the Obama administration to act immediately to close private detention facilities. “There is nothing to review,” Pablo Alvarado, director of the National Day Laborer’s Organizing Network, said in a statement. “No one should ever profit from other people’s pain, and the use of private contractors is a practice that frankly should have been ended by the Obama Administration 7 years ago.”

A move to close private detention centers would amount to a dramatic shift in ICE policy. Eliminating private beds would force ICE, which detainees 400,000 men, woman, and children each year, to build new government-run facilities—or to significantly shrink the number of immigrants held in detention at any given time.

In a statement, Geo Group’s CEO said the company is “confident that this independent review will show that GEO has provided needed, cost effective services that have resulted in significantly improved safety outcomes for the men and women in ICE’s care and custody.”

But an evaluation by the Justice Department’s inspector general released two weeks ago found that, at least for the Bureau of Prisons sites that Geo Group and CCA run, the private facilities do not save meaningfully on costs and degrade the quality of prison operation. The facilities, said Deputy Attorney General Sally Yates, in her memo ordering the closure of federal private prisons, “simply do not provide the same level of correctional services, programs, and resources” and “do not save substantially on costs.”