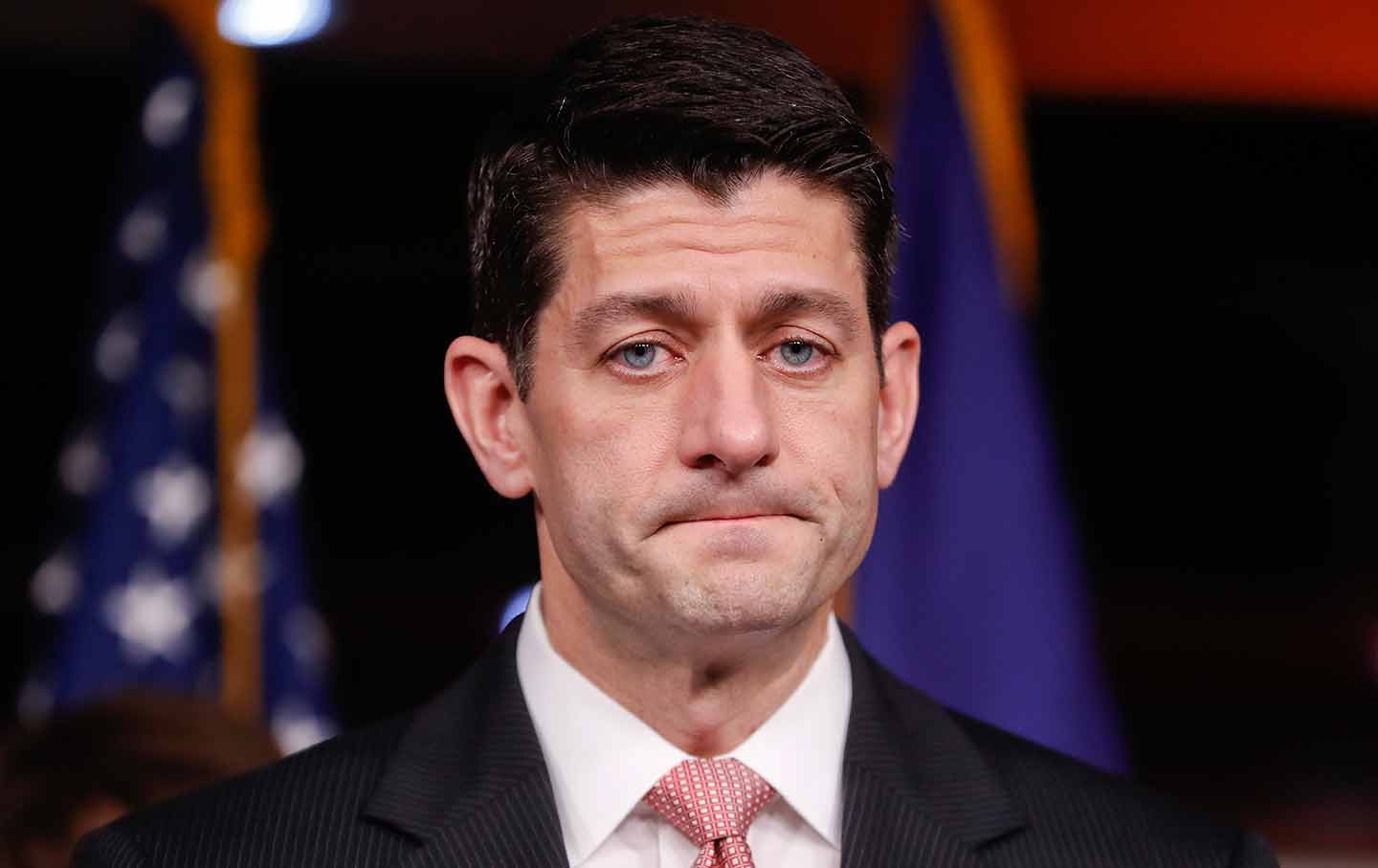 House Intelligence Committee chair Devin Nunes stepped aside Thursday as the overseer of the committee’s investigation into Russian meddling with the 2016 election. He had to do so.

But this striking move by the California Republican does not end the crisis created by the congressman and his chief enabler, House Speaker Paul Ryan. The committee’s inquiry has been tainted. And the need for an independent investigation remains.

The crisis developed when Nunes abandoned his oversight duties and made himself a political pawn of the Trump administration. After his secret visit to the White House grounds, his closed-door meeting with the president, and clumsy attempts to make excuses for Trump’s unfounded claim that President Obama ordered politically motivated wiretapping of Trump Tower, Nunes had lost all credibility.

But Nunes has never been anything more than the face of the crisis.

At the center of the predicament is the man who empowered Nunes, who refused to hold Nunes to account even as things began to spin out of control, and who continues to defend Nunes: Paul Ryan.

The speaker keeps choosing partisanship and loyalty to Trump over his duty to maintain checks and balances.

When Nunes declared war on the system of checks and balances, and sought to make his committee an extension of the Trump White House, Ryan had an immediate duty to remove the errant congressman as chairman. He has to do so in order to make it clear that the House respects the separation of powers as outlined in the Constitution.

Ryan did not show that respect for the Constitution. And he has yet to do so.

This is a serious matter.

Because of his leadership role, the Wisconsin Republican has a much higher duty than Nunes to maintain the separation of powers. Ryan swears the same oath that Nunes does to uphold the Constitution. But, as House speaker, he is more responsible than anyone in the whole of the government for upholding the system of checks and balances. Trump has no interest in the separation of powers, unless it serves him. Senate majority leader Mitch McConnell has, with his rubber-stamping of Trump’s cabinet picks, shown himself to be nothing more than a branch manager for the White House.

Ryan’s duty has always been clear.

Unfortunately, he has shown no interest in performing that duty.

Speaker Ryan has not been smart, or responsible, with regard to the Nunes mess.

As the scandal surrounding Nunes developed, Ryan covered for the chairman—who is now the subject of a House Ethics Committee inquiry into allegations that, in his rush to defend Trump, Nunes released classified information. The speaker kept saying that the scandal-plagued congressman had his trust. Even now, Ryan says Nunes “continues to have that trust.” The speaker simply says that it is “clear that this [Ethics Committee inquiry] would be a distraction for the House Intelligence Committee’s investigation into Russian interference in our election.”

If Ryan had even the slightest interest in maintaining the authority of the chamber he leads, let alone in upholding the Constitution that dictates the responsibilities of the House, he would have moved immediately to end the compromised chairmanship of Devin Nunes. As Representative Barbara Lee, Democrat of California, argues, “Representative Nunes’ recusal is not enough. He has squandered his credibility on the Intelligence Committee. Speaker Ryan needs to revoke his chairmanship.”

Yet, even now, Ryan refuses to publicly recognize the crisis. In fact, he talks around it, while continuing to defend Nunes.

In so doing, the speaker maintains a long-term pattern of choosing partisanship and loyalty to Donald Trump over his duty to maintain the separation of powers and to respect the system of checks and balances.

Ryan consulted regularly with Nunes even as the scandal grew in scope and consequence. Ryan and the chairman met, in secret, about the White House visit. Ryan had to recognize that things had gone horribly awry, and that the credibility not just of the Intelligence Committee but of the House was threatened. He has a responsibility to ask questions, to get to the bottom of the issues that arose when Nunes went rogue.

But Ryan refused to address the crisis until after the opening of an ethics inquiry that extends from demands by outside groups, such as Citizens for Responsibility and Ethics in Washington, into what CREW refers to as a “potential violation…so grave that it needs to be investigated right away.”

Jones broke with his party to sign on as a co-sponsor of a proposal by Representatives Elijah Cummings, Democrat of Maryland, and Eric Swalwell, Democrat of California, which seeks to establish an independent commission to probe controversies relating to the election. Jones argued that the choice by Nunes to act as a Trump surrogate rather than a responsible member of a key congressional committee had discredited not just the chairman but the committee’s work. “If anything has shown that we need a commission, this has done it by the way he has acted. That’s the only way you can bring integrity to the process,” said Jones. “The integrity of the committee looking into this has been tainted.”

Even as Nunes stepped aside—putting Representative Michael Conaway, Republican of Texas, in charge of the investigation of Russia-related issues at least in the short term—top Republicans maintained the myth that suggests objections to the chairman’s actions were nothing more than expressions of “politics” by critics of the president. Ryan has perpetuated that myth, and even Republicans have recognized that he was wrong to do so. As Jones said, “I don’t care what Mr. Ryan says…. When you have a committee chairman that bypasses the committee and goes to the White House, when you have a president that has a cloud over their head, that’s not smart.”

Ryan has not been smart. Or responsible.

If he intends to respect his oath to “support and defend the Constitution of the United States against all enemies, foreign and domestic,” Ryan has a duty to remove Nunes as chairman of the Intelligence Committee and support an independent inquiry. If he fails in that duty, as it seems he will, than he fails the House and the Constitution.