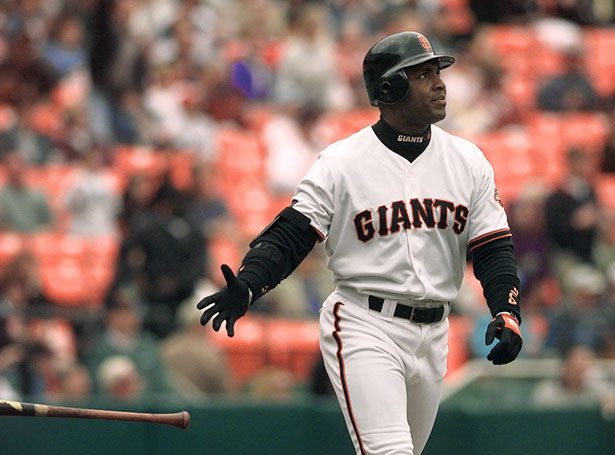 Fifty-five million dollars. In sports terms, that’s not a great deal of money. It’s a healthy NBA contract or the kind of deal a Major League Baseball team would hand to a quality third baseman. But in the real world, as opposed to the sports world, $55 million is one hell of a stack. In governmental terms $55 million builds a new school. It reopens a public hospital. It repairs miles of roads. It saves lives. $55 million is also what the US Justice Department—mostly spent under Bush but finished under Obama—has wasted on what we can now officially call the failed prosecution of Barry Lamar Bonds. The Major League Baseball home-run king, assumed steroid user and Hall of Fame pariah on Wednesday had the government’s last thread holding him down—an obstruction of justice conviction—finally snipped on appeal.

In a brief statement Bonds said:

Today’s news is something that I have long hoped for. I am humbled and truly thankful for the outcome as well as the opportunity our judicial system affords to all individuals to seek justice. I would like to thank my family, friends and all of you who have supported me throughout my career and especially over the past several years. Your support has given me strength throughout this process and for that, I am beyond grateful. This has been a long and strenuous period in my life; I very much look forward to moving beyond it. I do so without ill will toward anyone. I am excited about what the future holds for me as I embark on the next chapter. Lastly and certainly not least, I would like to thank my legal team for their hard work and diligence on my behalf.

The courts have spoken, and the Justice Department looks awful. Not only for wasting these resources, but also for spending years and 55 million dollars on this case while a sliver of that has been allocated toward investigating the killing of Eric Garner in New York City, the killing of Michael Brown in Ferguson, the killing of Tamir Rice in Cleveland, the killing of Rekia Boyd in Chicago, the killing of so many at the hands of local police forces. Do you think the Justice Department is going through the trash of Officer Daniel Pantaleo the way they pieced through the waste of Barry Bonds and his family? Do you think they are entering police departments and seizing files without court orders as Special Agent Jeff Novitsky did in his pursuit of Bonds? They’re not. And that’s the problem. The only question left is whether the system is broken or if it is operating exactly as it was designed.

That’s the real-world injustice at play, but we’d be remiss to not mention the sports world injustice, which is the continual barring of Barry Bonds from the Baseball Hall of Fame.

My feelings on this are well-known and have been for sometime. I think Barry Bonds is by a country mile the greatest player I have ever seen in person. Barry Bonds is the smartest, most controlled player with a bat in his hand in the last 50 years, and talking to the old-timers, only Ted Williams is in that conversation with him. Hall of Fame voters will probably say that Barry Bonds’ numbers are tainted. But dear Lord, look at those “tainted” numbers. Of the top five OPS in history (that’s the number drawn from combining your slugging percentage and on-base percentage), this is what it looks like as taken from baseball-reference.com:

There it is: Barry Bonds and Babe Ruth. (That cross by Ruth’s name connotes that he is in the Hall of Fame.… He’s blessed by baseball Jesus. Not sure what that makes Barry.)

Barry Bonds, due to the change of the shape of his body and unparalleled late-career success is of course often assumed to have used performance-enhancing drugs. But Babe Ruth, the only hitter in Barry’s class, had a couple of “performance-enhancing drugs” all his own: one was not having to hit against pitchers with complexions like Satchel Paige. The other was never having to set foot on a plane. Even though the players of Babe Ruth’s era all benefited from light travel schedules and the absence of non-white competition, we still tip our hat to Babe Ruth because his statistical achievements were so above and beyond his peers. In other words, the level of separation Babe created speaks for itself and transcends any kinds of asterisks. Barry Bonds also played in a tainted time, what is now known as “the steroid era.” I’m not saying every player used performance enhancing drugs, but I am inclined to believe based upon speaking with a lot of locker room and baseball guys that while you can’t say every player used, you can say that any player could have been using. Everyone had access and most of the greats, and even many of the not-so-greats, took what they took to keep up with the guy in the locker next door.

But even in the context of such a libertine era, Barry Bonds was above and beyond anyone else in the sport and anything baseball had seen since the days of the Babe. One year, he reached base 61 percent of the time he came to the plate. I mean, holy shit. That’s more incomprehensible to me than Wilt’s scoring 100 points or Peyton Manning’s throwing for 55 touchdowns. It’s like he was Neo and the ball was just a hapless bullet. Was his era stained by scandal? Absolutely. Was Babe Ruth’s? Hell yes.

So let’s get the now legally innocent Barry Bonds into the Baseball Hall of Fame. If the guardians at Cooperstown want to put some sort of comment on his plaque then so be it. Tack on some comments to Babe Ruth’s plaque while they’re at it.

One last point about Barry Bonds: a Twitter user who goes by @zaconbothsides pointed out to me that there is one eerie parallel between Barry Bonds and the late Eric Garner: both were in the crosshairs of the state because of “their failure to comply.” That was their great crime. It’s an incisive observation. In the end, why was Eric Garner choked to death by police? He was killed because he chose to not drop to his knees at the sight of Staten Island’s finest. He didn’t fight the police. But he chose to live, not cower, in their presence, which in this world will be seen as a form of active resistance. Say what you will about Barry Bonds but his obstruction-of-justice charges stem from the fact that he would not break in the face of prison threats, legal charges and the temptation of knowing that he could be free if he chose to play the role of the weepy athlete. Say what you will about Barry Bonds, but the Justice Department spent a lot of money to break him and they failed. Put that on his damn Hall of Fame plaque.