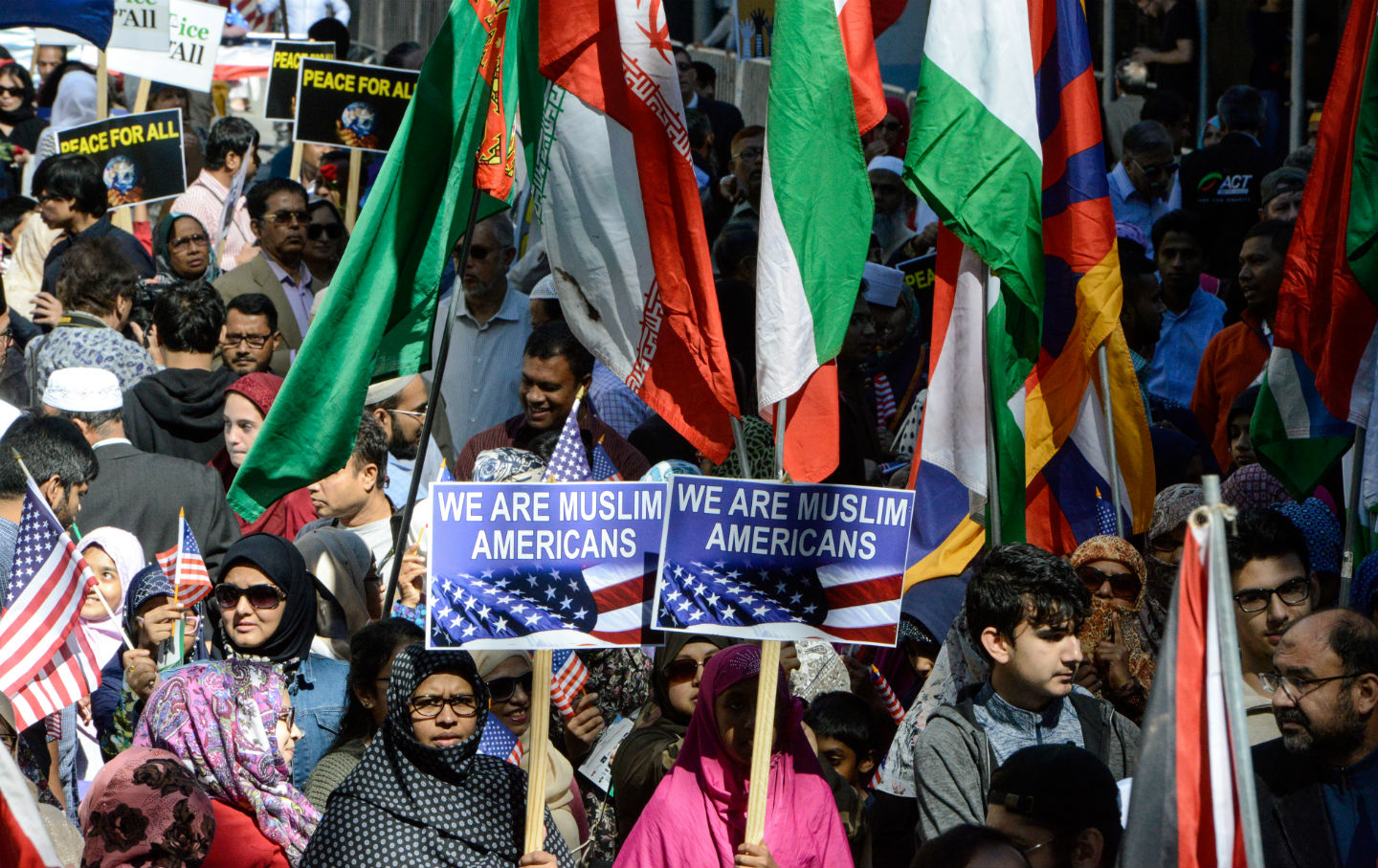 The ugly political climate of 2016 has made this a rough year for the Arab-American community.

Donald Trump’s cruel and unusual campaign has had many targets. But he has been particularly vile in his targeting of Muslims and immigrants from Middle Eastern countries.

By openly disregarding constitutional provisions that were designed to guard against religious tests and to guarantee equal protection under the law for all Americans, Trump has mainstreamed deliberate ignorance and crude bigotry. He has called for banning Muslim immigration. He had stoked resentment against Syrian refugees of all backgrounds. He has entertained the idea of compiling a national database of Muslims living in the United States. And he has opened a discussion about surveillance of houses of worship, saying, “We have to be very strong in terms of looking at the mosques.”

The Arab-American community is diverse. Arab Americans are Muslims and Christians; they are religious and secular; they trace their roots to many countries; some are recent immigrants but many have family histories in the United States that extend back as far as those of the Republican presidential nominee. What they have in common is a shared sense of having been stereotyped and targeted unfairly in this election campaign.

Arab-Americans of all backgrounds say they feel frustrated and “exhausted” after a year of having to defend themselves from Trump’s attacks. “I was born, raised in America,” Ron Amen, a member of the large and well-established Arab-American community in Dearborn, Michigan, told NPR in a poignant discussion of the campaign. “I served this country in the military. I served this country as a police officer for 32 years. I don’t know what else I would have to prove to people like Mr. Trump that I’m not a threat to this country.

It is by now well understood that Trump’s rhetoric has fostered a climate of fear and intimidation that is not just divisive. It is, as Congressman Keith Ellison and others have suggested, a source of understandable anxiety and fear for those who Trump targets.

“He’s whipping up hatred to scapegoat a minority religious group, which has some very dangerous historic precedents,” Ellison explained last year. “I mean, it’s the kind of behavior, it’s classic demagoguery, and you know, he’s going to get somebody hurt.”

In divided and dangerous times, it is vital for rational and responsible Americans to speak up. It is important to criticize Trump when he makes bigoted statements. It is also important to express solidarity with individuals and groups that are targeted by Trump—and with organizations that push back against the politicians who stoke fear and resentment.

That is why it mattered, a lot when Democratic National Committee interim chair Donna Brazile on Friday joined Dr. James Zogby (the co-founder and president of the Arab American Institute who was appointed by President Obama to the United States Commission on International Religious Freedom in 2013 and who chairs the Democratic National Committee’s ethnic council) in issuing a extended statement of solidarity with the American-Arab Anti-Discrimination Committee:

The Democratic Party shares the mission of the American-Arab Anti-Discrimination Committee (ADC). We stand for diversity, inclusivity, freedom of religion, and we celebrate the contributions of hardworking immigrants and Americans of all ethnicities. This year, we’ve seen a troubling rise in hateful and divisive political rhetoric aimed at Muslim Americans and immigrants, so it’s crucial for those of us who believe that our diversity is our strength to aggressively defend victims of discrimination, and to warmly welcome people of every background into our communities.

Issued to celebrate the annual convention of the ADC, a major gathering of Arab Americans and their allies, the statement declared that “the Democratic Party is proud to stand with our Arab American brothers and sisters. We look forward to working hand-in-hand to defend the rights of Arab Americans, to end stereotyping and discrimination, and to fight for the causes of peace, prosperity and security for all.”

Democrats, and responsible Republicans, have hailed the work of the ADC before.

But these words represent a welcome and necessary show of solidarity that merits notation and celebration. Because in times like these, “solidarity” must become the watchword of a more humane and progressive politics.