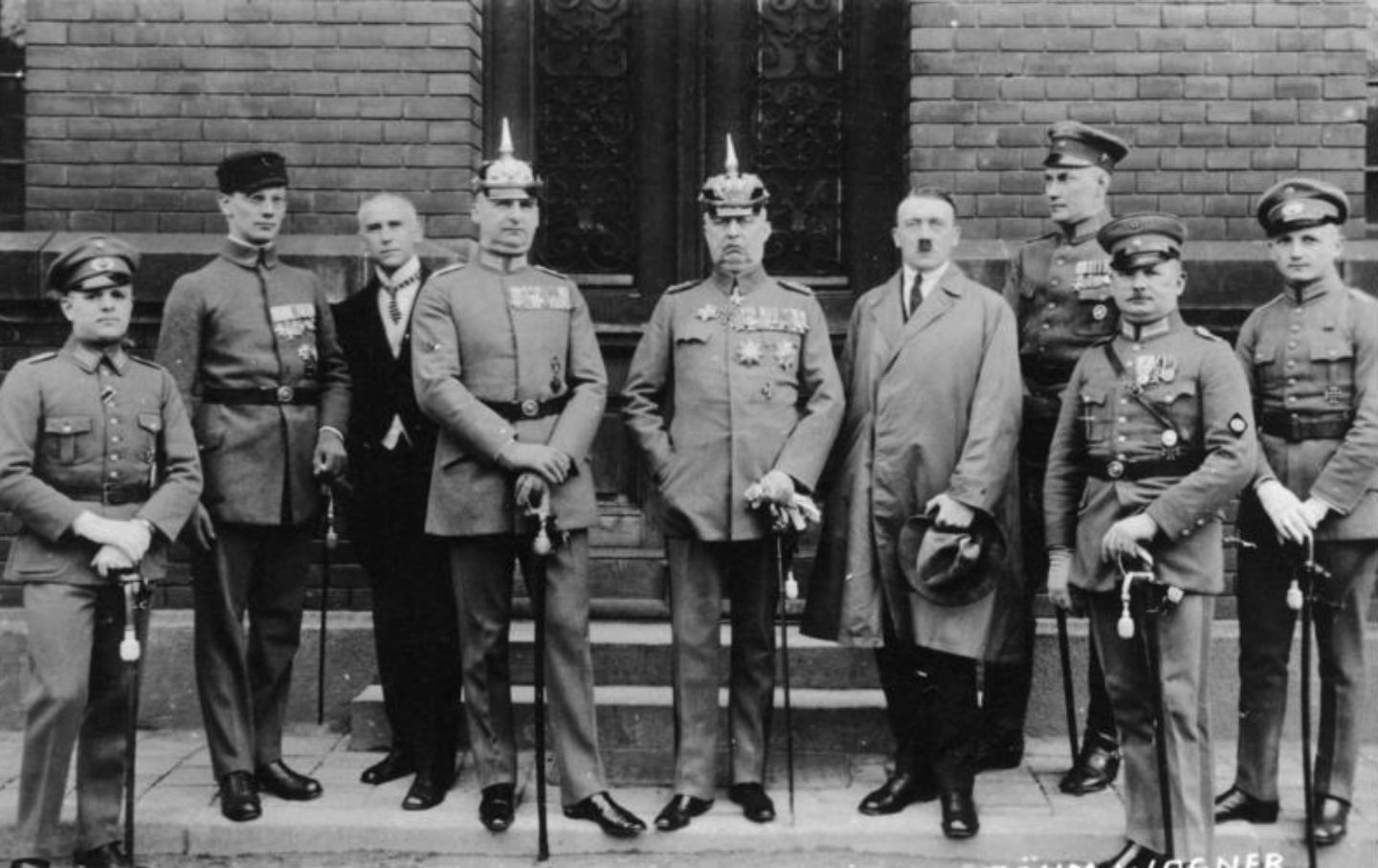 On this day in 1923 Adolf Hitler attempted a hostile takeover of Germany, by staging the famous “beer hall putsch” in Munich. The Nation’s editorial note on the occasion shows an understanding of the threat posed by Hitler but a misplaced confidence that with the failure of his coup attempt in Munich that threat had passed.

The expected monarchist putsch took place—but the monarchists were divided…and accordingly the first coup failed. Ludendorff, after all, was a Prussian alien in Munich, and Hitler, leader of the fascist forces, is an Austrian. Theirs was a strange alliance, and their beer-house revolution a singularly uninspiring performance. Hitler, firing melodramatically into the air to force attention from a feverish crowd, and escaping from an unheroic encounter with the police wounded only by the violence with which he threw himself on the ground when the firing began, has lost his glamor…