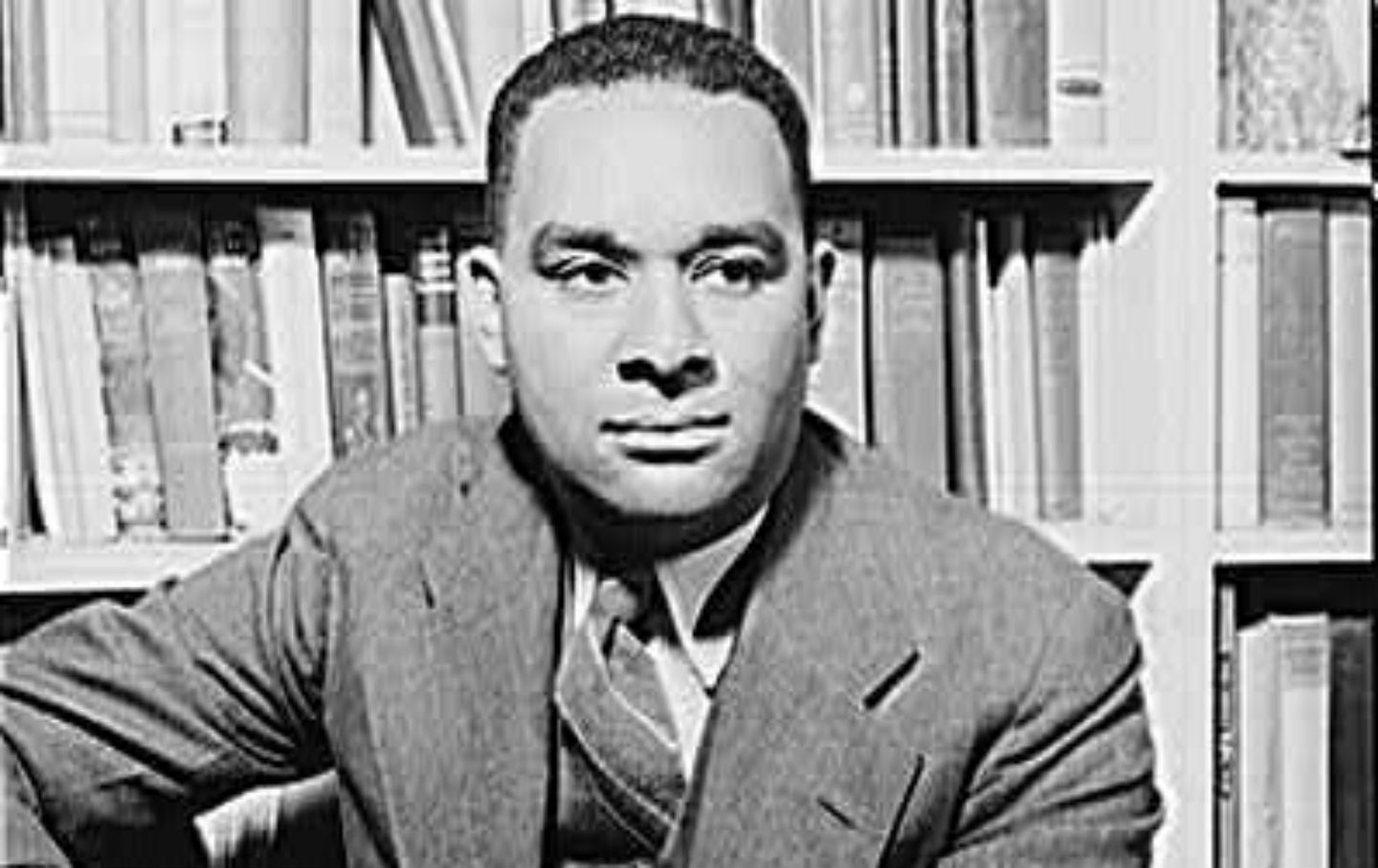 Richard Wright, 1943. Taken by Gordon Parks as part of a WPA project. (Library of Congress)

The novelist, poet and essayist Richard Wright, forced into exile by American racism and anti-communist hysteria, died on this day in 1960. Twenty years earlier, his novel Native Son was reviewed in The Nation by the magazine’s literary editor, Margaret Marshall.

With a boldness entirely justified by the result Mr. Wright has chosen for his “hero,” not a sophisticated Negro who at least understands his predicament and can adapt himself to it, but a “bad nigger,” a “black ape,” who is only dimly aware of his extra-human status and therefore completely at the mercy of the impulses it generates. Bigger Thomas, a twenty-year-old colored boy, lives with his family—a meek, religious mother and sister, and a younger brother who worships him—in a grisly tenement room on the South Side of Chicago. Bigger hangs out at pool halls with a gang of friends who go in for petty robbery and spend their idle hours planning ‘jobs’ and talking about white folks, about cars and airplanes and all the symbols of power in free America which are forever flaunted yet pretty consistently forbidden to 11,000,000 of its “native sons”….

Mr. Wright’s style often reminds one of a stream “riled” by a heavy storm. Its element of Biblical rhetoric is not out of place since it is part of the colloquial heritage of the Negro in America, but there is in addition a bookish quality, often encountered in the self-educated writer, which should be weeded out. Mr. Wright’s boldness in choosing to develop his theme through the story of a “bad nigger” is all to the good, but his flair for the melodramatic could bear curbing. These defects cannot be described as minor, but they are extenuated by the wealth of evidence in “Native Son” that they can be overcome by a writer whose talent and seriousness are apparent on every page, who displays a maturity of thought and feeling beside which the eloquence of “The Grapes of Wrath” grows pale. And Mr. Wright’s youth demonstrates once more that maturity is not necessarily a matter of years.