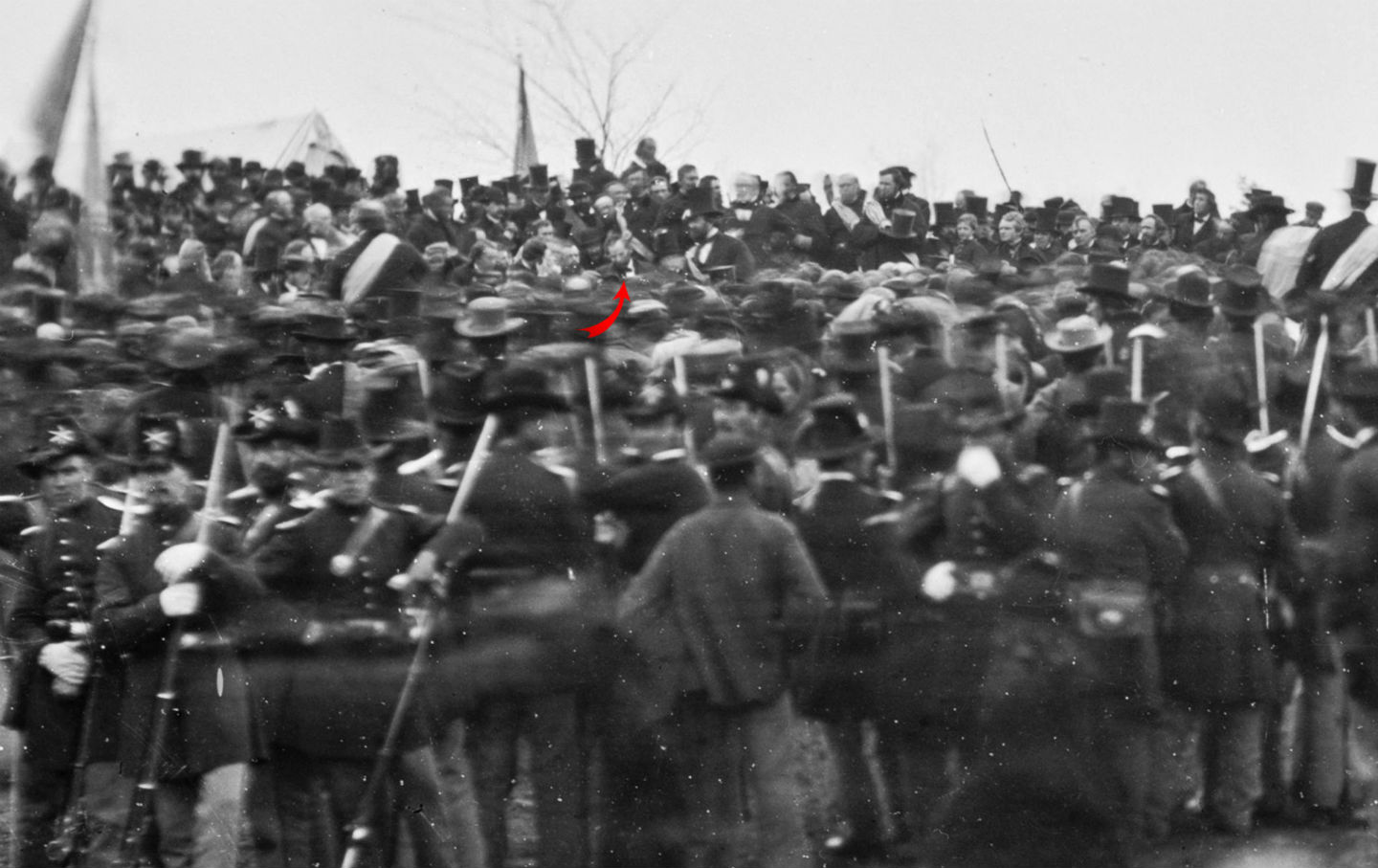 Very rarely here at The Almanac do we reach back beyond 1865, the year The Nation was founded, for events to highlight, and this is due to the obvious reason that The Nation was not around to cover them. Yet today is different. Today in 1863 Abraham Lincoln delivered the Gettysburg address, dedicating the site of that bloody battle of five months earlier to the memory of whose who had died there. The battle had taken place largely on the farm of one Edward McPherson, who quickly he dedicated himself to the task preserving the land as a memorial to what had happened. One month after Lincoln’s famous speech, the leader of the Radical Republicans in the House of Representatives, Thaddeus Stevens, had McPherson, a former law clerk of his in Pennsylvania, appointed as Clerk of the House of Representatives.

In late August of 1875, The Nation published a short notice pointing out that different versions of Lincoln’s precise wording in the Address had been circulating. “If his manuscript is still in existence,” the editors wrote, “could it not be reproduced in fac-simile?” McPherson responded to this request with the following letter, published in the Nation of September 9, 1875.

TO THE EDITOR OF THE NATION:

In the Nation of August 26 is an enquiry for the manuscript of President Lincoln’s Address at Gettysburg. Mr. Lincoln arrived in Gettysburg in the afternoon of the 18th of November, 1863, and was a guest of one of our citizens—Judge Wills. He was called out in the evening to reply to a serenade, and at a later hour went to his room. Sending for his host, he enquired the order of the exercises of the next day, and began to put in writing what he called some “stray thoughts” to utter on the morrow. When delivered, they were read from an official letter-sheet. It is uncertain whether this manuscript has been preserved. But when Mr. Lincoln was asked, in April 1864, to send to the Baltimore (Md.) Fair for the relief of soldiers and sailors an autograph manuscript, he sent a copy of his Gettysburg Address, which, lithographed, is to be found on pages 3,4, and 5 of “Autograph Leaves of our Country’s Authors” (Baltimore: Cushings & Bailey, 1864). Every word is written with distinctness and care; and there is no room for mistaking even a letter or a punctuation point. This is, undoubtedly, the final form he gave the Address, and is that by which he intended it should be judged. I enclose an exact copy.