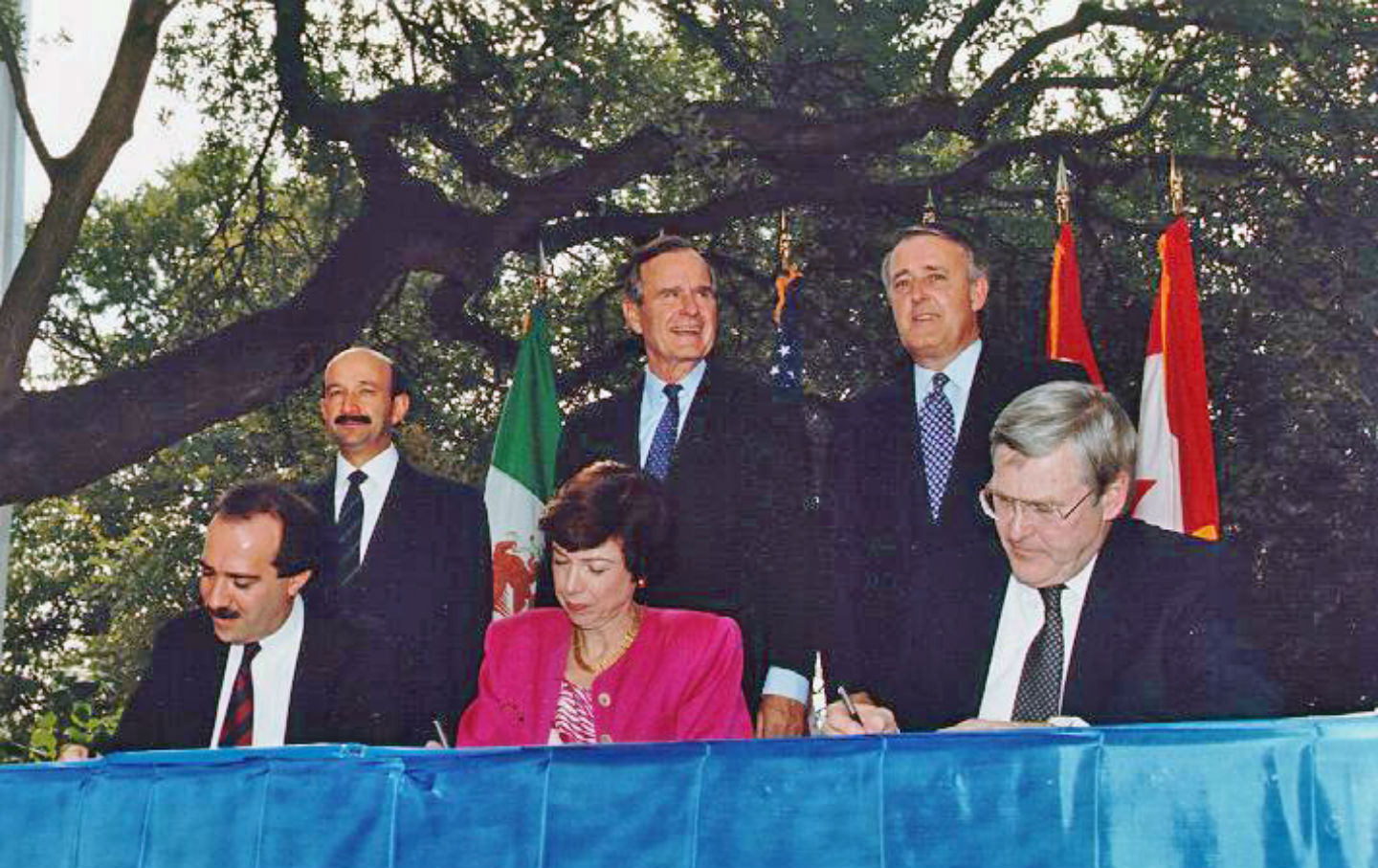 Today in 1993 the House of Representatives voted in favor of the North American Free Trade Agreement, then as now denounced in the pages of The Nation for its abrogation of labor protections and its entrenchment of the neoliberal economic and political order. Shortly after its passage in the House, the historian and activist Jeremy Brecher wrote an essay in The Nation, “After NAFTA: Global Village or Global Pillage?” It could scarcely be more relevant today, as Congress prepares to vote on the Trans-Pacific Partnership, which some have deemed “NAFTA on steroids.”

The North American economic integration that NAFTA was intended to facilitate is only one aspect of the rapid and momentous historical transformation from a system of national economies toward an integrated global economy. New information, communication, transportation and manufacturing technologies, combined with tariff reductions, have made it possible to coordinate production, commerce and finance on a world scale….

The beginnings of a new approach emerged from the anti-NAFTA movement itself. Rather than advocate protectionism—keeping foreign products out—many NAFTA opponents urged policies that would raise environmental, labor and social standards in Mexico, so that those standards would not drag down those in the United States and Canada. This approach implied that people in different countries have common interests in raising the conditions of those at the bottom.…

The struggle against NAFTA has shown that those harmed by the New World Economy need not be passive victims. So many politicians were so unprepared for the strength of the anti-NAFTA movement because it represented an eruption into the political arena of people who have long been demobilized. But to influence their economic destinies effectively, they need a movement that provides an alternative to the Ross Perots and Pat Buchanans. Such a movement must act on the understanding that the unregulated globalization of capital is really a worldwide attack of the haves on the have-nots. And it must bring that understanding to bear on every affected issue, from local layoffs to the world environment.