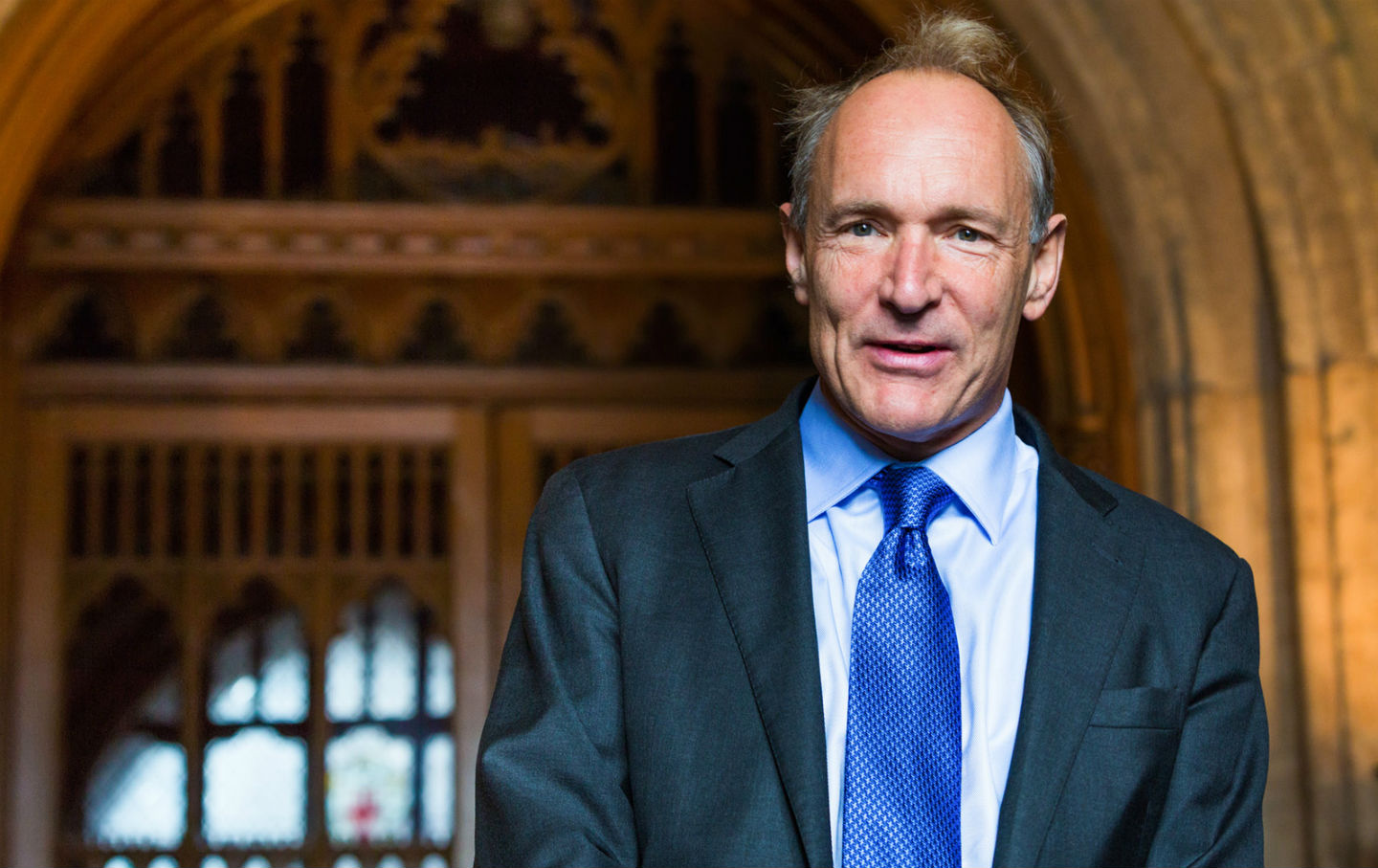 On November 12, 1990, Tim Berners-Lee published a plan for what he called the WorldWideWeb, thus creating the modern Internet. Three years later, The Nation published “The Whole World Is Talking,” written by Kevin Cooke and Dan Lehrer, graduate journalism students at the University of California, Berkeley. In it, they explained to the magazine’s presumably befuddled readers what the Internet was and what it might become. On several important points they were not very far off.

The Net is changing more than just the flow of information; it’s changing the way we relate to one another. The advent of global networking is fragmenting and re-sorting society into what one author calls “virtual communities.” Instead of being bound by location, groups of people can now meet in cyberspace, the noncorporeal world existing between two linked computers. There they can look for colleagues, friends, romance or sex.…

While Internet experts deride the term “information superhighway” as an empty soundbite, the concept works as an analogy to understand how the Internet functions. Think of it as a massive road system, complete with freeways, feeders and local routes. At every intersection sits a computer, which has to be passed through to get to the next computer until you’ve reached your destination. Any computer on the Internet system can connect with any other computer through the road system. And if the route to your destination is closed, you will automatically take a detour to get there. The difference between the Internet and the Interstate is that you can go to Finland as quickly as you can go down the block. Once there, you can remotrely manipulate the computer to do anything your own can do. You can retrieve a file from it in the blink of an eye. Today, users can talk to one another, send e-mail back and forth, join arcane discussion groups, tap into libraries in universities from Berkeley to Bern and exchange almost any sort of data, including pictures, sound and text.…

Whether it’s the government or private corporations, what everyone wants is control of a new form of communication, one that currently cannot be controlled. Given the stakes and the power of the interests now seeking to shape and profit from this new technology, the end result may not be a happy one for the average citizen-user.

The Almanac highlights something that happened that day in history and how The Nation covered it.