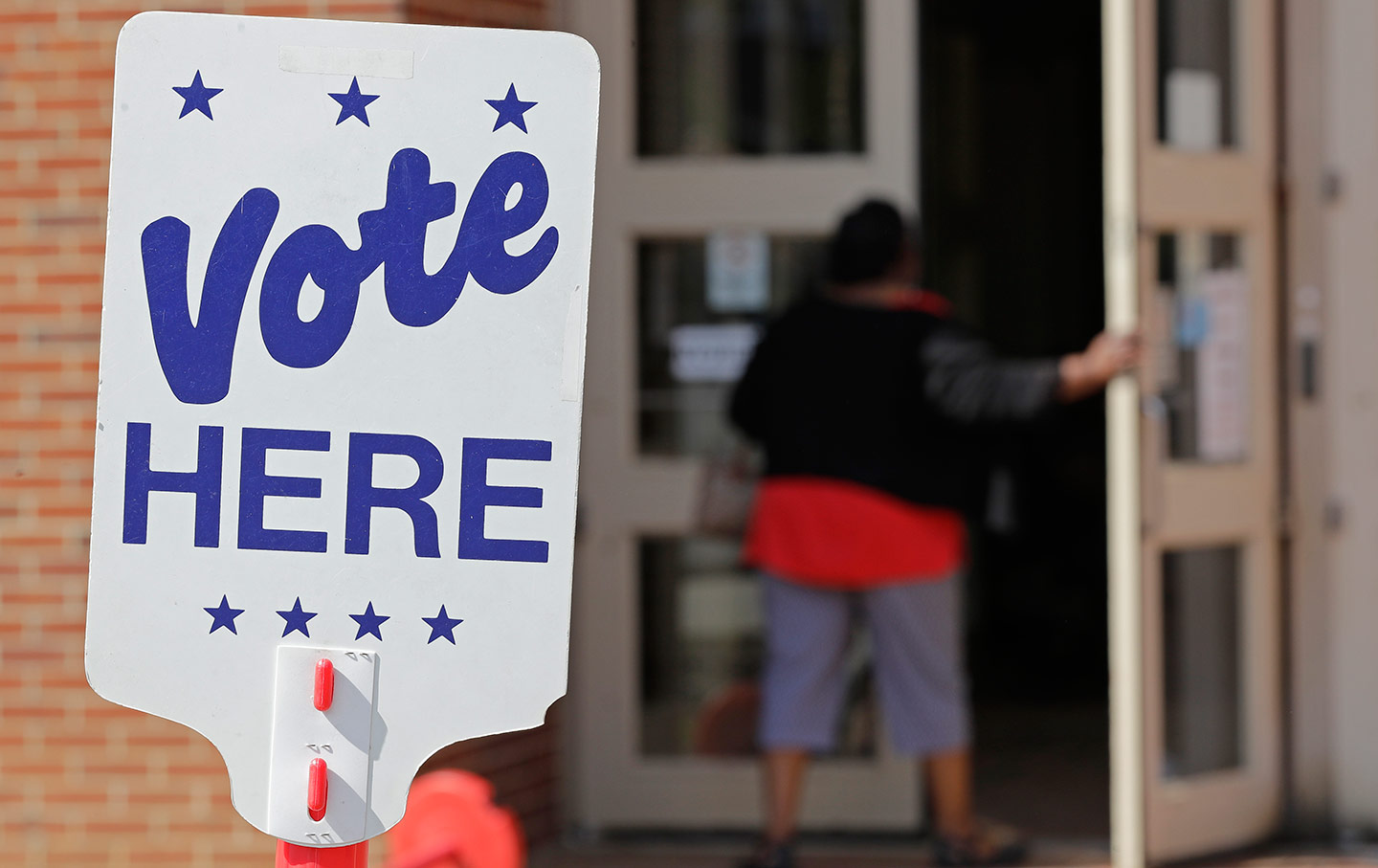 Not all elections are resolved on Election Day, and some are corrupted beyond repair. Americans, however, don’t like to acknowledge this reality. They imagine that a recount—or a court decision shutting down a recount—will settle things, but that’s not always the case. Sometimes new elections are needed. Unfortunately, revotes are relatively rare in American politics. That’s why today’s special election in North Carolina’s 9th congressional district should be understood, first and foremost, as a victory for democracy.

When the ballots were counted after the 2018 election in the gerrymandered North Carolina district, Republican Mark Harris led Democrat Dan McCready by 905 votes. Close as the race was, the margin would have been sufficient for Harris to walk away with the win, had it not been for allegations of election fraud. Though McCready initially conceded, the North Carolina Democratic Party gathered sufficient evidence of a “ballot harvesting” scheme organized by a Harris operative. Absentee ballots were collected from areas that were presumed to lean Democratic, but they were never turned in.

Both the North Carolina Board of Elections and the US House of Representatives refused to certify the election. An inquiry by the Board of Elections found evidence of “a coordinated, unlawful and substantially resourced absentee ballot scheme” that seemed to involve more than 1,000 ballots or ballot request forms. By mid-February, even Harris acknowledged that “the public’s confidence in the ninth district seat general election has been undermined to an extent that a new election is warranted.” The Board of Elections voted unanimously to order today’s revote between Democrat McCready, an Iraq War vet and solar energy company executive, and a new Republican nominee, right-wing state legislator Dan Bishop.

The race has drawn its share of national attention. President Trump flew into Fayetteville on Monday night to boost Bishop, whom Vice President Mike Pence hailed at another Monday stop as a “rock-solid conservative.” If Bishop wins, the Republicans will hold on to a seat that they first won in the early 1960s. If McCready wins, Democrats will score a major victory in a district Trump carried by almost 12 points in 2016. And it would signal that North Carolina, a swing state that backed Barack Obama in 2008 and elected a Democratic governor in 2016, is very much in play in 2020.

In their campaign against McCready, Republicans have harnessed all of the party’s 2020 themes, including lots of “border wall talk” and accusations of “socialism,” and they’ve launched TV attacks against Minnesota Representative Ilhan Omar almost as frequently as they’ve targeted the actual Democratic nominee. Campaign money has poured into the 9th from party organizations and their allies. It’s been a long, big-spending, and often ugly election race. But no matter who wins today’s election, that North Carolina is holding a revote is a win for democracy’s fundamental premise that the people choose their representatives.

This revote is not unprecedented. According to the University of Minnesota professor Eric Ostermeier’s “Smart Politics” blog, “there have been multiple ‘redo’ elections in races for the nation’s lower legislative chamber. And there have been many examples of election fraud.” The most famous of these was the do-over of a 1974 US Senate contest in New Hampshire. After multiple recounts of a contest that came down to a single-digit difference, the Senate determined that a conclusive result could not be reached and declared the seat vacant. A revote was scheduled, and Democrat John Durkin, who would become a leading advocate for public financing of campaigns and fair elections, won by almost 28,000 ballots.

As we know too well, special elections aren’t always called when they should be. When butterfly ballots and chad “pregnancies” denied thousands of Floridians a chance to have their votes counted in the 2000 presidential race between George W. Bush and Al Gore, then–Nebraska Senator Bob Kerrey proposed that the conflicted contest could be resolved with a Bush v. Gore runoff vote. Clearly that didn’t happen. Similarly, in 2006, after dysfunctional machinery in Florida’s 13th congressional district appeared to disenfranchise thousands, calls for a revote were dismissed.

Sometimes elections are corrupted. When this happens, democratic values and common sense demand a new vote—like the one that North Carolinians will decide today.