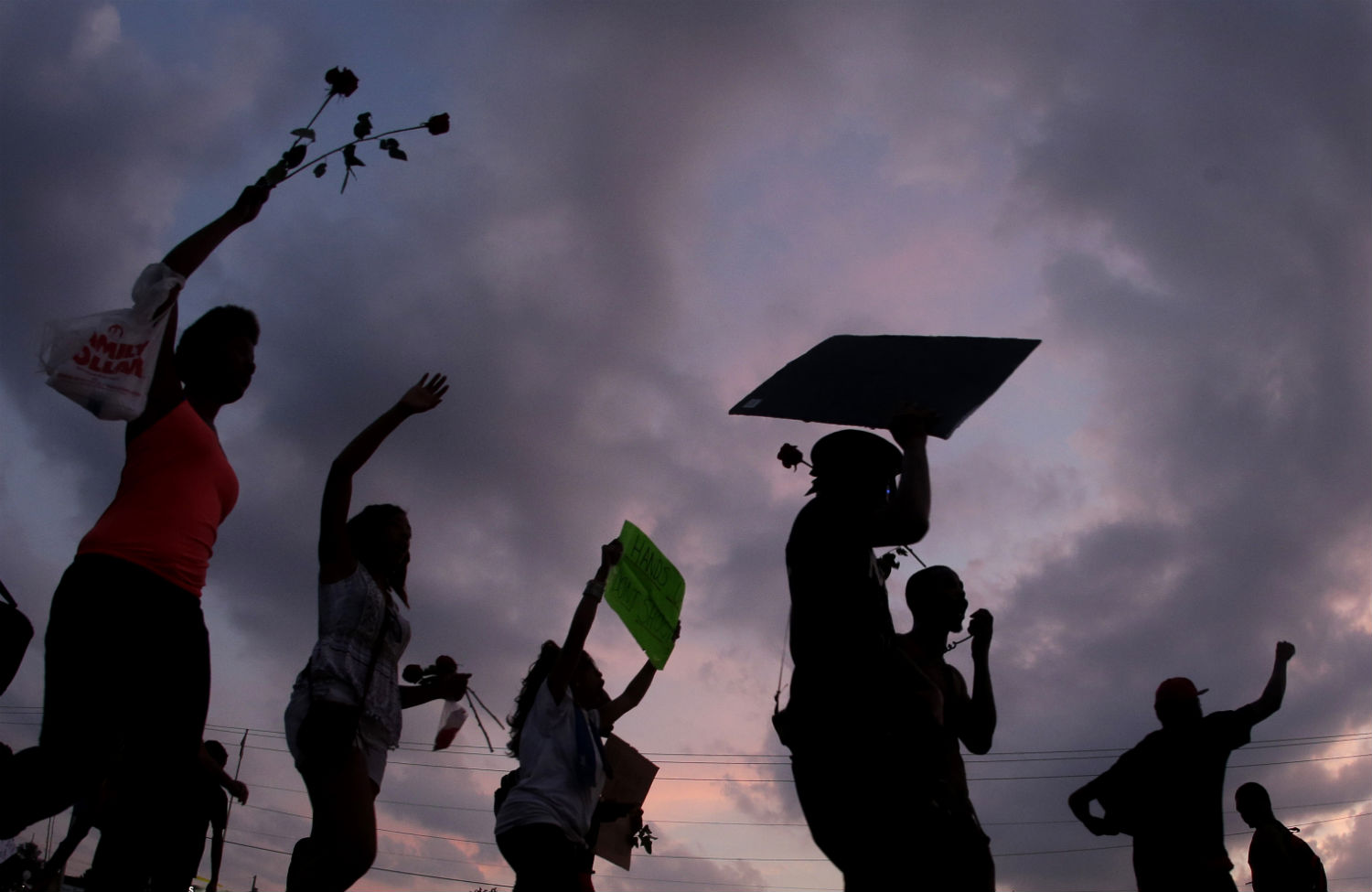 There has been no peace in Ferguson, Missouri, since the shooting death of the unarmed Michael Brown by police officer Darren Wilson. Now community members are saying that as long as the justice is both delayed and denied, it is obscene for the games to go on in St. Louis as usual. A call has gone out by Ferguson community organizers to protest outside this Sunday’s game between the St. Louis Rams and the Dallas Cowboys at the Edward Jones Dome. They are also trying to get tickets donated to them so they can make their way inside the stadium to let their voices be heard.

One protestor, Umar Lee, taped the call to action on YouTube, where he says, “This is about a message. There is no business as usual. There is no drinking and being merry while there is no justice for Mike Brown…. All of those St. Louis Rams fans who love justice, who are with the people, I ask you to contact me and to donate your St. Louis Rams tickets so protestors can get in the dome.”

Using the hashtag #nojusticenofootball, Mr. Lee is also directly contacting Dallas Cowboys players directly, referencing the league’s recent scandals and asking them to join the protest. For example: to Cowboys running back to DeMarco Murray, Lee wrote, “NFL players in the news for bad things. Do something good. Join the #MikeBrown protests in #stl Sunday.”

I spoke to Charles Modiano, who spent weeks demonstrating in Ferguson and is also a freelance sportswriter. He said to me, “I love this idea. We have to keep the protests alive. Darren Wilson has not been arrested. The police chief has not resigned. The militarization continues. As long as there is no justice, there’s no time for games.”

Umar Lee also sent out a tweet thanking the St. Louis Rams fans who have already donated tickets to the protest. The Rams have been atrocious this season, and the Cowboys haven’t been much better. Given the poor quality of play as well as the widely publicized revelations that the NFL is an empty moral chasm of coverup and abuse, the specter of in-stadium demonstrators might actually be the only thing that makes this Sunday’s game worth watching. The chief of St. Louis’s police says that they are aware of these efforts and will be prepared to defend NFL Sunday against the threat of rightful assembly. Let the games begin.