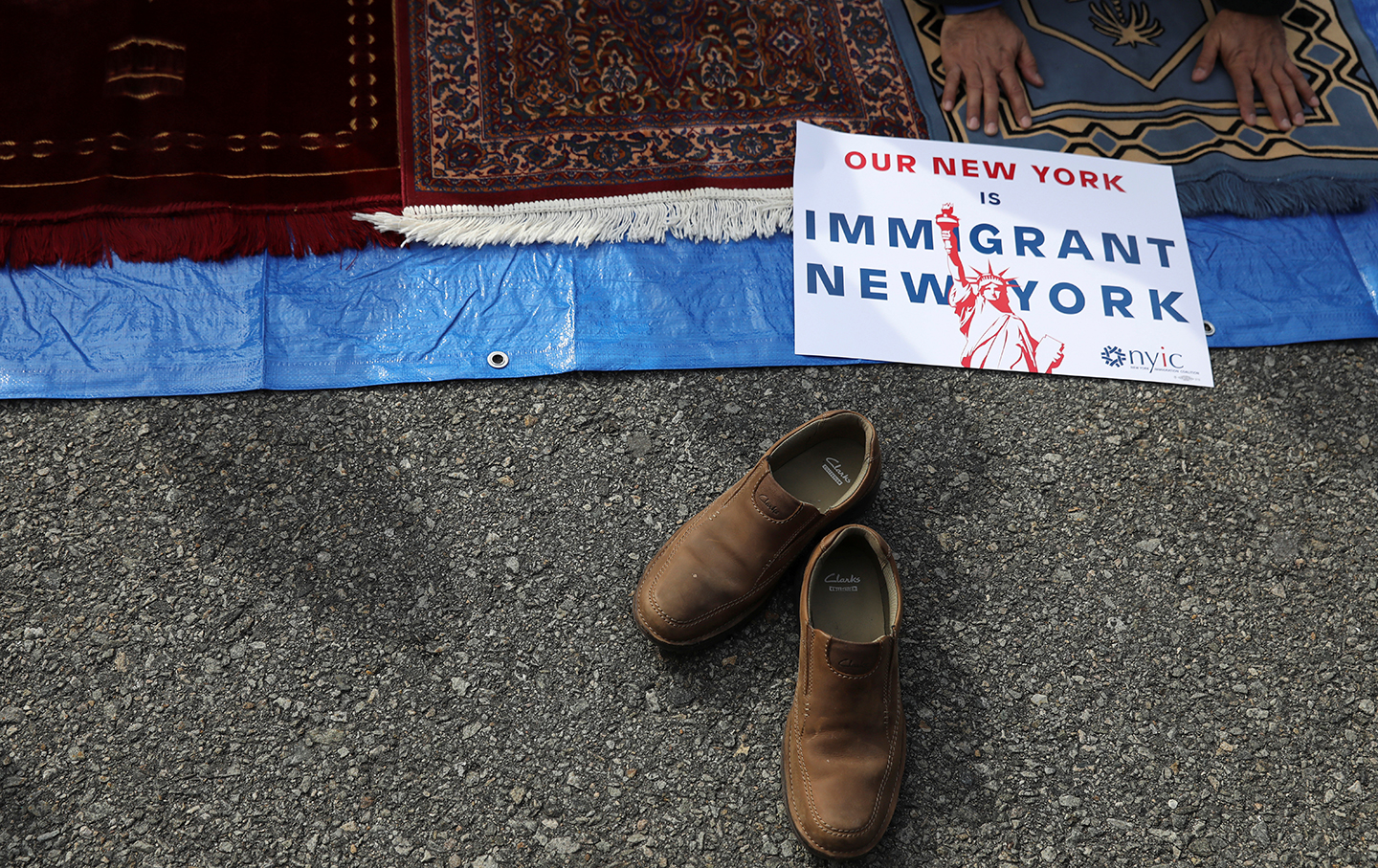 Imagine walking into a courtroom to fight an eviction notice you can barely read. Imagine giving traumatic testimony about how your husband has battered you for years before a distracted judge speaking in an incomprehensible language. For people with limited English ability, walking into a New York City courtroom can feel like running into a wall of confusion. Although New York’s courts are supposed to be an accessible forum of justice for all, huge language gaps in the civil and criminal courts are systematically disenfranchising immigrant communities, according to research by Legal Services of New York City (LSNYC).

As if immigrants’ legal troubles were not enough these days. On top of draconian federal immigration crackdowns and systemic economic marginalization, LSNYC argues, inadequate language access in local courts leaves many residents with limited-English proficiency (LEP) “in a Kafkaesque maze, plowing through proceedings they do not understand” for months or even years. Though the public’s attention on “criminal” convictions against immigrants has been in the national spotlight due to Trump’s latest spate of deportation raids, lack of access to civil justice has profound constitutional and legal ramifications for a city struggling to protect immigration from growing social hostility.

Although New York courts have stronger language-access protections than the federal system—LEP litigants are generally entitled to court-approved interpretation services in courtrooms and other court offices, while the federal government only guarantees interpretation in criminal and deportation cases—in practice, LSNYC says due process is compromised every day for litigants who lack basic language assistance at hearings. Chronic understaffing for common cases like eviction or divorce leads to erratic hearing schedules, with interpreters forced to “leave early, arrive late, or rush through proceedings,” especially for those speaking languages like Arabic and Urdu, for which the courts lack adequate staffing.

Nearly three-fourths of surveyed legal-aid attorneys reported some of their cases had been adjourned due to lack of language services; over a quarter said most hearings with LEP clients saw delays of at least two hours. And that doesn’t count the tricky informal talks in hallways outside courtrooms, where cases are commonly settled. Here, a tenant might have to rely on friends to translate or just sign whatever contract the landlord gives them.

In criminal courts, despite a formal right to free interpreters, justice delayed is often justice denied, according to the report: Some defendants spend a night in jail because no interpreter is available for their scheduled arraignment date.

"Three-fourths of surveyed legal-aid attorneys reported...cases had been adjourned due to lack of language services"

Christine Clarke, co-author of the report, says that because of the “creakiness in the system”—in which scheduling often relies on paper records and everything from judges to lawyers is lacking, there is a “feedback loop” between overburdened courts and under-resourced language services.

“Not having language access makes the courts more crowded,” she says, and this backlog delays all court dockets, which then further undermines support services like interpretation. Such bureaucratic sclerosis also exacerbates pressure on other social service systems, as litigants’ whose lives are destabilized by a legal quagmire lose work days, sink into further poverty, and perhaps lose their homes. Inaccurate interpretation in a criminal case could lead to an undeserved guilty verdict, which triggers jail time or even federal deportation proceedings. In contentious divorce cases, parents may lose custody of their children just because they couldn’t afford to pay for interpretation services in family court.

In one case highlighted in the report, a domestic-violence victim endured 10 court dates over three years to divorce her abusive husband because she could not obtain an Urdu interpreter. Since her case could have been resolved immediately but for the language barrier, she recalled, “having to keep going back to court and not getting anything out of it made me very, very stressed.”

A housing-court litigant who spoke the Chaozhou dialect of Chinese but had only a Mandarin-speaking interpreter ended up not understanding the proceedings and in the end “had no idea that he had lost the trial or that he was being evicted.”

A housing-court litigant recalled “watch[ing] as the landlord’s lawyer and the judge were talking back and forth having a conversation. I couldn’t understand what was happening. It made me cry, because I couldn’t communicate properly or stand up for myself.”

And since many civil litigants cannot even afford lawyers in court, they may not even know how to demand interpretation at an eviction hearing. “What other institution in New York can you just walk into and demand an interpreter?” says Clarke. While language access is generally guaranteed for courts and all public services, she adds, “that hasn’t been the lived experience of their life…they’re used to walking in and having people yell at them and saying, ‘Why aren’t you speaking English?’ ”

LSNYC urges New York policy-makers to strengthen staffing and use a streamlined system for posting interpreters’ schedules in advance. A state bill has been proposed to expand language access with additional multilingual legal aid and informational materials in high-demand languages.

Some of the civil legal-aid crisis could soon be alleviated in New York City with new reforms ensuring legal assistance for low-income tenants in housing court. However, language access remains a challenge even with expanded legal resources, Clarke warns: “It’s only a meaningful change for LEP immigrants where they can communicate appropriately with both the court and their newly-appointed counsel.”

Nationwide, the federal Department of Justice’s research shows huge disparities across states in language access policies and practices. Some state criminal courts are not guaranteed interpretation for trials.

A recent national analysis highlighted one 2013 case of a Spanish-speaking rape survivor in the Chicago area being denied a court interpreter, and instead, “the judge asked counsel to rephrase the question and continued with the proceeding.” Transcripts revealed a painful scene of the victim struggling to give an account of the incident, unable to understand basic words like “choked.”

Eventually due to “insufficient testimony,” the charges were dropped, and the defendant was months later charged with the “brutal sexual assault of a fifteen-year-old girl.”

It’s unknown whether an interpreter could have prevented anything in this case, but it’s clear that many layers of structural oppression forced the first victim into silence, beyond her linguistic ability. Due-process rights are constantly impacted by institutional bias—racial and economic hierarchies that in turn undermine civic cohesion for many vulnerable immigrant communities.

Yet deficits in language access are a barrier to justice that policy-makers could begin to remedy simply by ensuring people have reliable means of communication in court. For New York’s linguistically disadvantaged, justice is not so much blind but deaf. And the silencing of immigrant voices in court shows that the courts still don’t understand that due process means equality in every language.