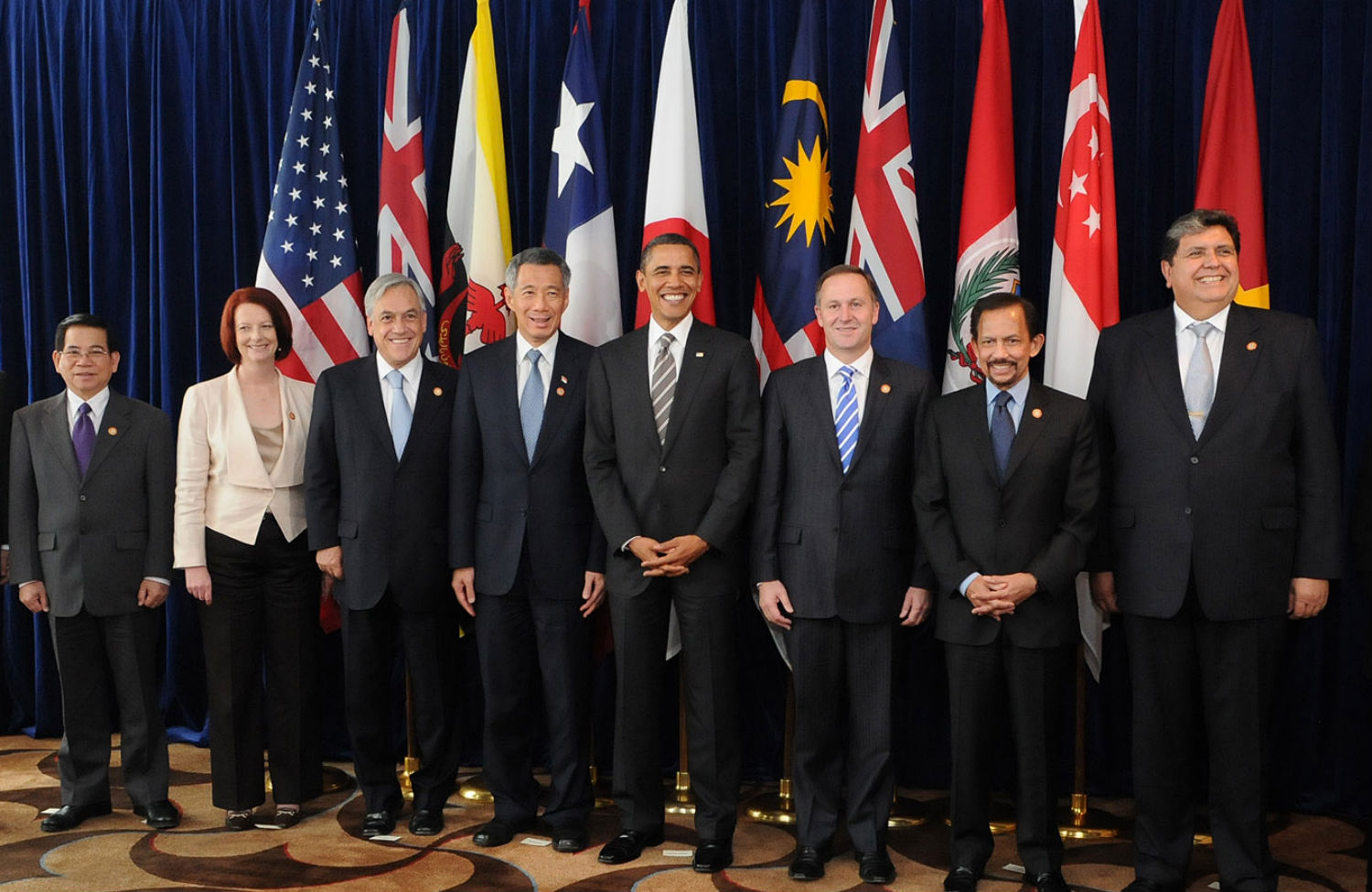 Leaders of the member states of the Trans-Pacific Partnership (Government of Chile/CC BY 2.0)

President Obama’s push for a massive new trade deal with Asia is predicated on the idea it will help everyday Americans: that it will “level the playing field for the middle class,” in Obama’s words. But as the debate over the Trans-Pacific Partnership enters its endgame, newly released government data about the US trade deficit shows recent trade deals have done the opposite of what was promised—and have inflicted added damage on American jobs.

The Census Bureau’s annual trade data for 2014, released Thursday morning, shows the US trade deficit in 2014 jumped 6 percent to $505 billion in 2013. This increase received a late boost from the December 2014 numbers, which showed at 17.1 percent increase in the trade deficit—resulting in the biggest trade imbalance since December 2012.

A country’s trade balance is a crucial economic indicator; a nation that is exporting far more goods than it is importing is generally in good economic health. Conversely, a country that is increasingly importing more than it exports—as is the case with the United States—is watching valuable dollars and jobs flow overseas.

The data shows a small, 1 percent growth in US exports for 2014, though the domestic oil and gas boom accounts for much of that. US manufacturing exports fell by more than $5 billion in 2014, and the US goods trade deficit rose to $736.8 billion. (More on that number in a minute; it doesn’t tell the full story.)

There’s a simple explanation for the widening trade deficit: the US dollar is strong, and there’s weak growth overseas, which would naturally depress exports.

But congressional critics of the TPP seized on a broader point on Thursday morning—robust promises about the benefits of past trade deals have turned out to be empty. “We signed those trade deals, and the result has been the opposite,” said Representative Rosa DeLauro on a Thursday morning conference call with reporters. “The administration continues to pursue the same failed policies of the past several years.”

Of particular note is the increasing trade deficit with Korea, which increased a whopping 20 percent in 2014, to $25.1 billion.

Obama signed a free-trade agreement with Korea during his first term, calling the deal “a major win for American workers and businesses,” and it took effect in early 2012. But the US goods trade deficit with Korea was 81 percent higher in 2014 than in 2011. That translates to a loss of 74,000 jobs, by the administration’s own metrics for measuring job gains from trade.

“[The new information] basically confirms a lot of our suspicions, and our positions and votes over the years about how these trade agreements have really been a bad deal for the American worker,” said Representative Tim Ryan.

DeLauro also offered some broadsides about how the administration was spinning the Census report. If you check the Commerce Department webpage, you’ll see a glowing news release Thursday boasting that US exports have grown for the fifth year. “Exports have played a critical role in America’s economic comeback, and they continued to do so in 2014,” said Commerce Secretary Penny Pritzker.

But it’s impossible to gauge the macro trade picture if you only know the level of exports and not imports. Literally nowhere in the Commerce press release is the word “import,” and including that information would depict a growing trade deficit.

“They deliberately fail to complete the picture by looking at imports,” said DeLauro.

Another major complaint leveled by congressional opponents of TPP, as well as outside advocates, is the administration’s continued inclusion of “foreign exports” into its data. These are good manufactured wholly overseas, imported to the United States, and then re-exported without alteration. These don’t create a single US production job, but are counted in the data as the same as regular exports.

Deep inside the Census report are the export numbers without “foreign exports,” but they are not the top-line numbers used by administration officials, and are nearly impossible for the public to discern. To see them “you had to know what you were looking for and then do the math,” said Ben Beachy of Public Citizen.

Once you do the math, the US goods trade deficit is $911.9 billion, not the aforementioned $736.8 billion. DeLauro called some of the Census numbers “hopelessly distorted.”