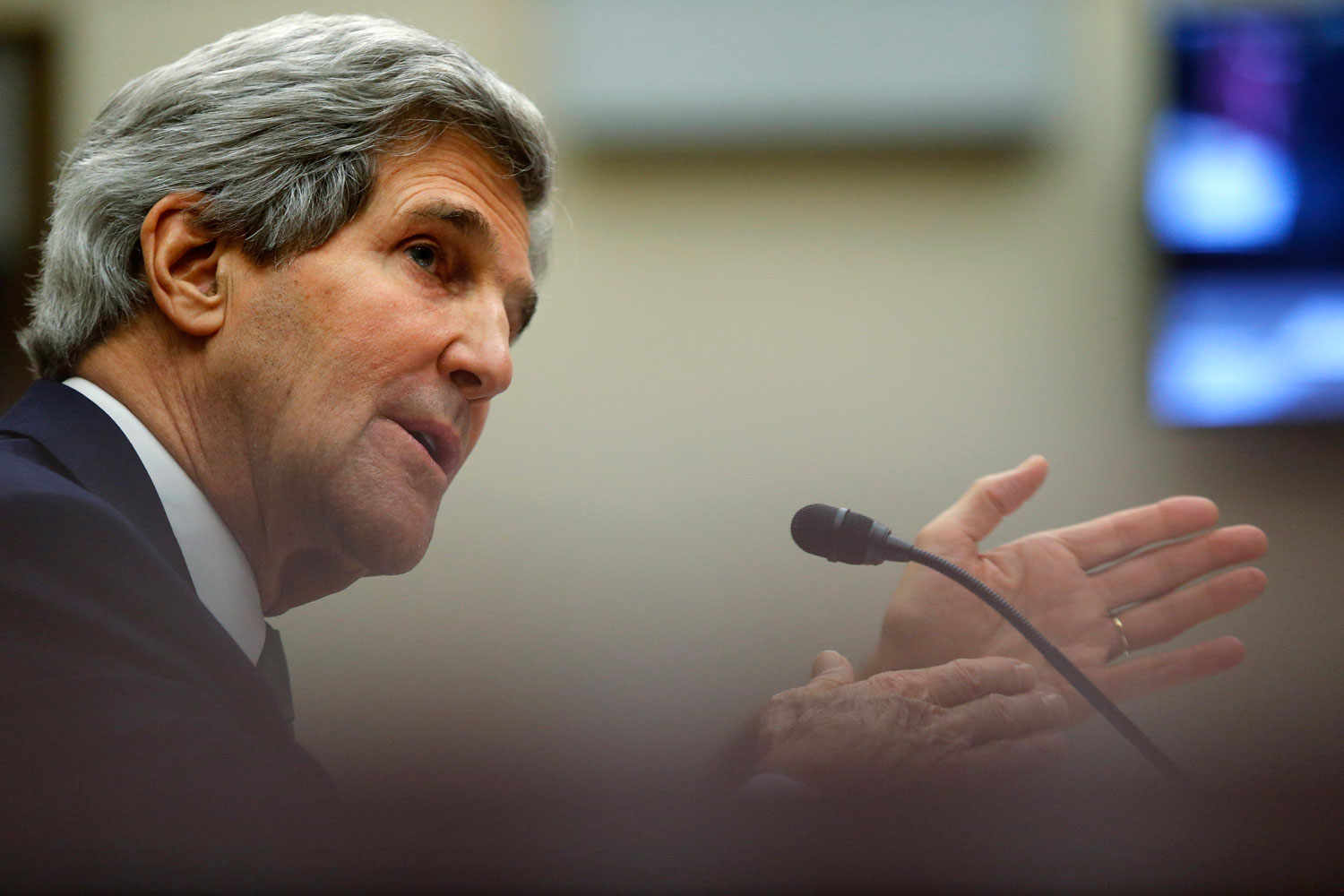 The November 24 interim agreement between Iran and the P5+1 world powers, which moved into its implementation phase in January, could be blown apart if Congress, backed by hawks and the Israel lobby, enacts yet another Iran sanctions bill, the Nuclear Weapon Free Iran Act.

Like a scene from The Walking Dead, seventy-seven neoconservative pundits, analysts and former officials—almost all of them the same people who, as members of various committees and ad hoc think tanks, pushed for war against Iraq from the late 1990s to 2003—sent a letter to congressional leaders backing the reckless scheme. Among the signers: William Kristol of The Weekly Standard; former senator Joe Lieberman, Michael Rubin and Danielle Pletka of the American Enterprise Institute; former Pentagon official Douglas Feith; Fred Kagan, an architect of the 2007 Iraq surge; Dick Cheney’s former senior aide John Hannah; and scores of others.

They wrote in support of congressional action, strongly backed by the American Israel Public Affairs Committee (AIPAC) centered on a bill co-sponsored by two Democratic senators, Robert Menendez of New Jersey and Charles Schumer of New York, along with Republican Mark Kirk of Illinois and twenty-four others. Iran’s government and the Obama administration warn that the bill, if passed, would derail the accord, whose text explicitly forbids the enactment of any additional sanctions while talks are under way. Ignoring that, and in the face of a promised veto from President Obama, support for the bill is growing on Capitol Hill. With the backing of most Republicans and far too many Democrats willing to defy the White House, the bill’s supporters appear to be nearing the sixty votes they need to overcome a filibuster, and conceivably they could garner the two-thirds necessary to override a presidential veto.

But the administration is playing hardball, flatly accusing those who support the Menendez bill of wanting to go to war. According to National Security Council spokeswoman Bernadette Meehan, “If certain members of Congress want the United States to take military action, they should be up front with the American public and say so. Otherwise, it’s not clear why any member of Congress would support a bill that possibly closes the door on diplomacy and makes it more likely that the United States will have to choose between military options or allowing Iran’s nuclear program to proceed.” The White House said the bill “would divide the international community, drive the Iranians to take a harder line, and possibly end negotiations.”

The Senate bill is gaining momentum just as the talks with Iran enter a critical phase. In late January, in close coordination with the P5+1 and the International Atomic Energy Agency, Iran will begin concrete implementation of the November 24 accord. That is when Tehran will freeze its stockpiles of low-enriched, fuel-grade uranium, halt the installation of new centrifuges and refrain from using any of its already installed advanced units, begin to neutralize its medium-enriched uranium by converting it into a form unsuitable for further refinement, freeze development on its heavy-water reactor in the town of Arak, and accept stepped-up, more intrusive daily inspections of its entire program.

It’s hard to overstate the importance of the Iran–P5+1 talks and the parallel, bilateral contacts between Tehran and Washington. Not only might the process lead to resolution of the decade-long confrontation over Iran’s nuclear program; it could also open the door to a far broader US-Iran détente. Iran could play a key role in helping to end the civil war in Syria, stabilizing Lebanon and Iraq, and preventing Afghanistan from falling back into chaos in 2015, after most US troops depart.

Before any of that can happen, however, there’s much more work to do to reach a final agreement that will place long-term limits on Iran’s nuclear program, acceptable to both sides, in exchange for lifting the sanctions that have crippled the country’s economy. Like Obama, Iranian President Hassan Rouhani also faces hard-liners at home, and the rapprochement between the two nations is exceedingly fragile. The forces supporting the Menendez bill in Congress are only too well aware of how easy it will be to shatter it.

It’s encouraging that, so far, Senate majority leader Harry Reid is determined to prevent the bill from coming to the floor for a vote, and that ten Democratic Senate committee chairs—including Carl Levin of the Armed Services Committee and Dianne Feinstein of the Intelligence Committee—have also declared their opposition. Obama is stepping up his own lobbying of Senate Democrats to reject the bill, and the announcement of the implementation of the Iran accord starting January 20 may persuade even some Senate backers of the Menendez bill to hold off. But AIPAC and its allies, including the relentless neoconservatives, aren’t going away, and the pressure on Reid will only grow. A coalition of sixty-two left-leaning activist and religious groups, led by the National Iranian American Council, is mobilizing against the new sanctions bill. They need the support of Americans opposed to more war if they are to succeed.