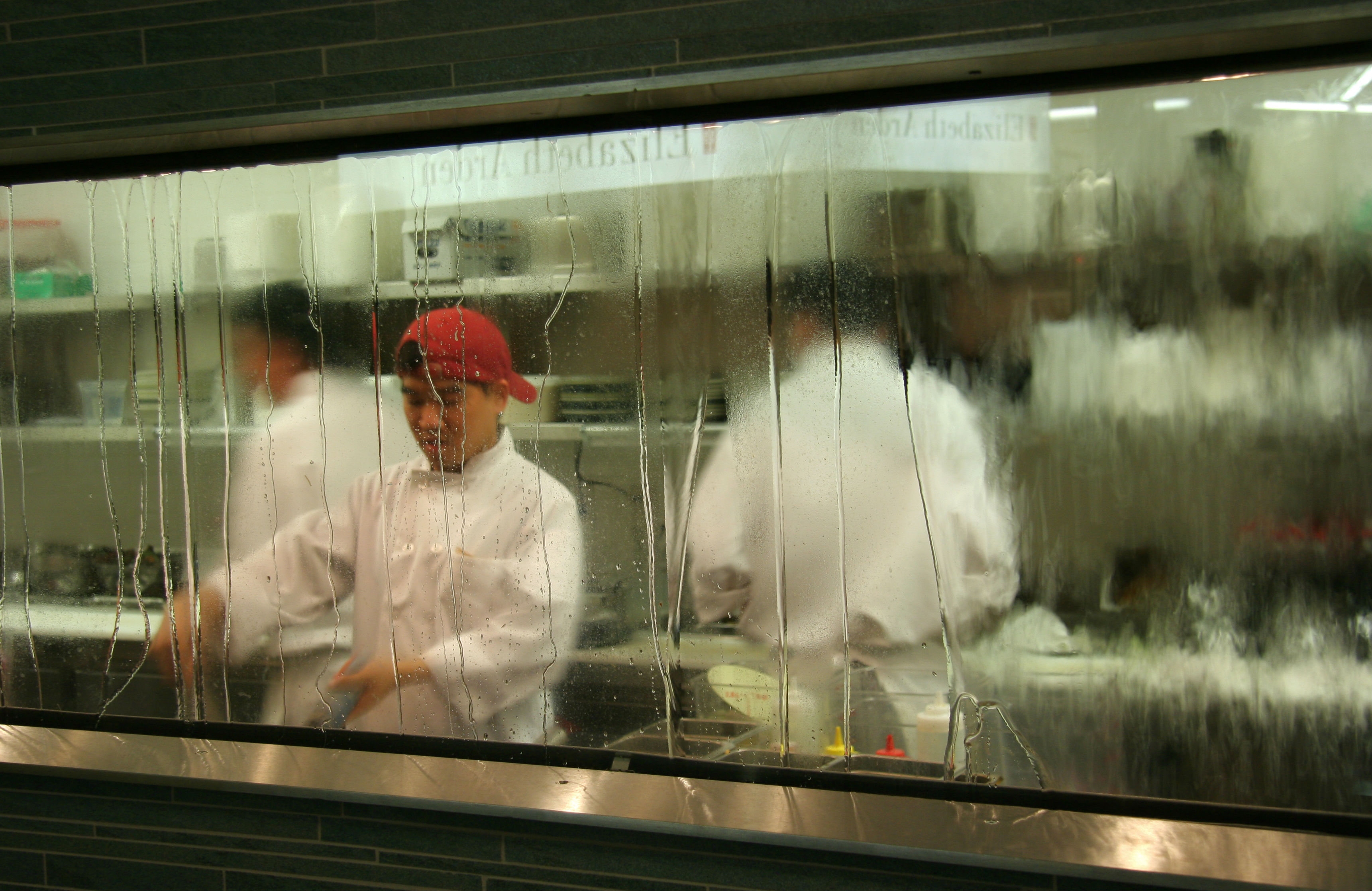 The person who served you lunch today may be going hungry. Surveys of restaurant workers in the Bay Area and New York City show that after spending long days sating the appetites of customers, they return home to empty pantries and struggle to pay for groceries. Nearly one in three restaurant workers suffers from “food insecurity”—meaning they regularly have trouble obtaining adequate nourishment, usually because they can’t afford it.

The study, published by Restaurant Opportunities Center of New York (ROC-NY) (in collaboration with Food Chain Workers Alliance and Food First), shows that while the prevalence of food insecurity in the food-service workforce is paradoxical, it is built into the capitalist food chain.

Among the surveyed workers—representing a cross-section of cooks, servers, bussers and other low-wage workers in two cities with thriving dining scenes—workers of color were more likely to be food insecure than their white counterparts. Two in three undocumented workers experienced food insecurity. The problem is especially widespread among tipped workers, like servers. Those jobs are mostly done by women, many of them single mothers raising kids in poverty.

Even restaurants that touted their green credentials—marketing themselves as organic or sustainable—did not seem to pay enough to sustain the basic needs of their workers: “Bay Area restaurant workers who served organic or sustainable ingredients were 22 percent more likely to be food insecure, compared to other Bay Area restaurant workers after controlling for demographic characteristics.”

One server surveyed, ROC-NY member Carolina Portillo, described the class dynamics of an industry built on the extremes of indulgence and deprivation: “It’s sad that when you work in a restaurant, most of the servers are starving.”

Even when they’re not actually starving, food-insecure workers struggle for sustenance. One in five of those surveyed relied on government food assistance. About the same percentage depended on restaurant food, typically because they did not have the time or money to eat homemade meals. What looks like a perk smacks of desperation. In New York, about half of those surveyed said the group meal provided by the restaurant was not nutritious. Most of them also said they “wanted to eat more fruits and vegetables than they presently did.” In other words, their jobs kept them from having the food choices that their patrons freely enjoy on the menu.

Martin Sanchez, a New York City busser and ROC-NY member, explained for the study why he ate on the job: “Even though I work in a restaurant and handle food for a living, it’s a struggle to feed myself and provide for my wife and five children…. at the last place I worked, they would serve us junk: cheap, fried food and sometimes expired food. They never let us eat the kind of food that’s popular with our customers like salmon or quinoa salads.”

Though gourmet bistros illustrate the most striking inequities, material deprivation runs through the metabolism of the entire food system. Across all food labor sectors, including farming, processing, and service, those who work with food have trouble feeding themselves; they experience twice the rate of “very low to marginal” food security, 30 percent, of the overall US workforce.

Food labor has been deeply exploited since the days of chattel slavery, and it became industrialized at the turn of the century with the squalid drudgery of urban slaughterhouses. So today’s line cooks and waitresses face brutal conditions, and they in turn make up a big chunk of the working poor who are priced out of eating well.

ROC-NY’s study points to how working conditions are linked to risk of food insecurity. Only about 2 percent of restaurant workers are unionized, and employers regularly short workers on overtime pay and discriminate against women and workers of color in their hiring and promotion decisions. Workers are regularly denied the healthcare benefits and safety protections that are essential not only to their dignity but to public health in the restaurant industry. The federal “subminimum” wage for tipped workers has remained stagnant for two decades, at $2.13 an hour—a regulatory quirk that leaves many workers essentially living on tips.

Workers often struggle with food insecurity when forced to work erratic shifts or a nonstandard schedule. The volatility in their earnings from week to week can place a healthy family lifestyle out of reach. When she works a double shift waiting tables, a single mom will find it near impossible to even see her children, much less go shopping for and cook a nutritious family meal at home.

Conversely, the survey reveals that workers are less likely to suffer from food insecurity if they have stable jobs and paid leave benefits, access to job training for career advancement and access to union representation.

By organizing workers at higher-end restaurants serving affluent clientele, ROC has run effective and media-genic workplace-justice campaigns. The group uses a blend of direct-action tactics, public outreach to educate consumers about the workforce, litigation and negotiation to win better wages and working conditions.

ROC-NY also runs a “High Road” restaurateur program, in which employers voluntarily sign onto a code of ethics promising a certain level of wages, benefits and the ability to organize.

For those employers who don’t voluntarily treat workers decently, ROC-NY and other economic justice organizations are pushing for federal legislation to provide for family and medical leave insurance for all workers, as well as raising the minimum wage for both standard wage workers and tipped workers. Some state and local lawmakers have moved ahead with paid sick days legislation; San Diego, California, and Eugene, Oregon, have recently joined seven other cities (Portland, New York City, Newark and Jersey City, San Francisco, Seattle and Washington, DC) and Connecticut in establishing paid sick days policies. Efforts are underway to pass and federal-state level family-leave insurance , which allows for longer leave times from work financed through an insurance fund.

ROC-NY also calls on policymakers to strengthen enforcement of the anti-discrimination laws and wage and hour regulations that are already on the books, and to protect workers’ universal right to organize without fear of retaliation from their bosses.

The restaurant industry lobby is one of the most powerful in the country, and it has campaigned fiercely to block federal and local minimum wage legislation, claiming that broadening labor protections for cooks and servers would harm small businesses.

But for the one in three restaurant workers who don’t earn enough to put food on the table, who go to bed hungry so their kids can eat—they’re part of the dining experience as well. When restaurant customers indulge their appetites by starving workers and their families of basic dignity, the industry is cannibalizing its own moral fiber.