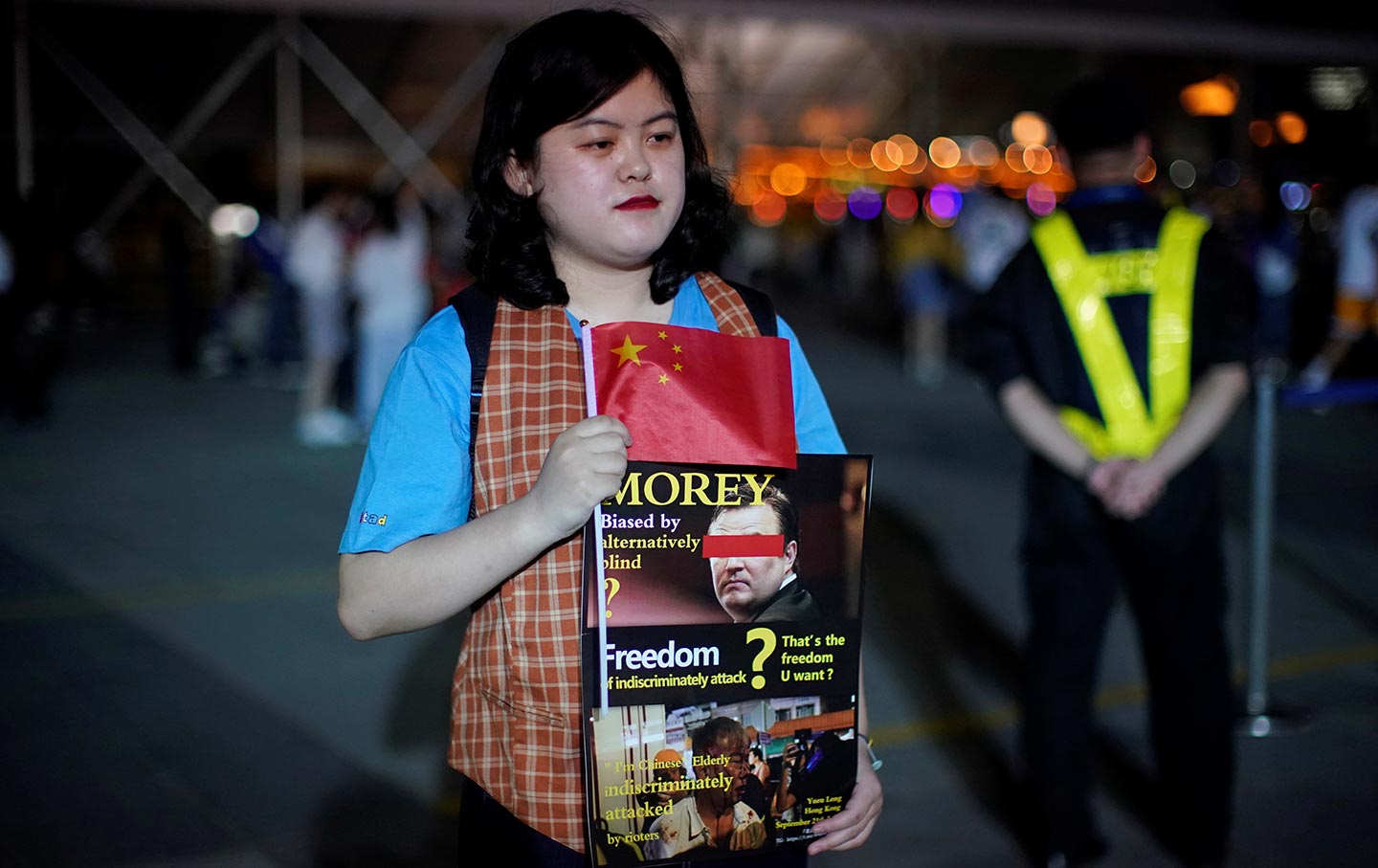 Where is Daryl Morey? The Houston Rockets general manager launched an international incident of Shaq-size proportions when he tweeted—and then swiftly deleted—support for the protesters of Hong Kong last week.

China does billions of dollars in business with the NBA and is home to hundreds of millions of league fans. The Chinese government, of course, was not amused with Morey’s keyboard activism. It terminated several lucrative contracts with the league and canceled the television broadcast of an exhibition game in Shanghai between LeBron’s LA Lakers and the Brooklyn Nets. Despite the fulsome apologies offered by the league, NBA Commissioner Adam Silver affirmed Morey’s right to free speech and to have an opinion about the people of Hong Kong taking to the streets—and the Chinese government continued to be enraged.

Since Morey’s tweet, there have been two bizarre developments in this global drama. The first is that the media has been obsessed with getting a juicy response on the escalation of tensions between the league and China, but outlets haven’t been beating down the door of the person who sparked all of this, Morey. Instead, they are going to coaches Steve Kerr and Gregg Popovich and to players who have been vocal in recent years on questions of police brutality, racism, and the various pathologies of Donald Trump.

Part of the press’s desire to hear from this particular segment of the NBA world has been exacerbated by our lizard-brained president, who has used this as an opportunity to attack the players and coaches that have criticized him. But it still is bizarre that the political weight of this has been put on the shoulders of people who said nothing about China but just so happen to be the most outspoken players on anti-black racism and Trump. In contrast, no pressure has been applied to NBA owners to issue their own thoughts about China’s authoritarian practices, and certainly no pressure has been placed on the normally milquetoast Morey. The Houston GM has been allowed to slink into hiding while this issue of the NBA’s business practice is being used to attack and discredit the players who have already dared stand up. They—and they alone—are being criticized for not standing forthrightly enough with the people of Hong Kong. This is not a coincidence. What we are seeing is the media using the China kerfuffle to perpetuate a backlash and to silence the outspoken. It’s a clampdown.

The other development that demands attention is the little-reported news that, according to Yahoo Sports, “at least five” NBA teams are preparing for a lowering of the salary cap—what each team may spend on players—by as much as 10 to 15 percent, based on lost revenue as a result of the China fallout. That would mean as much as $17 million less that each team could spend on player salaries.

It’s outrageous that because of one NBA manager’s Twitter support for the protesters of Hong Kong, the players could be making significantly less money. The players will bear the brunt of a member of management’s very fungible courage. It would be one thing if the league as a whole, in conjunction with the players, took a stand on the question of China and were willing to let the financial chips fall where they may. (Clearly, neither the league nor the union is prepared to do that.) But it’s quite another for management to pass the pain on to the players for its own foibles. The players’ union, the National Basketball Players Association, and its executive director, Michele Roberts, should make it plain and clear that Morey’s foray into politics should not end up on the player’s tab. The NBA’s situation with China—the business relationship, the historic ignoring of human rights abuses, and the hope no one would notice—is a mess of the franchise owners’ making. Now that the chickens are coming home to roost, they should be the ones to pay.