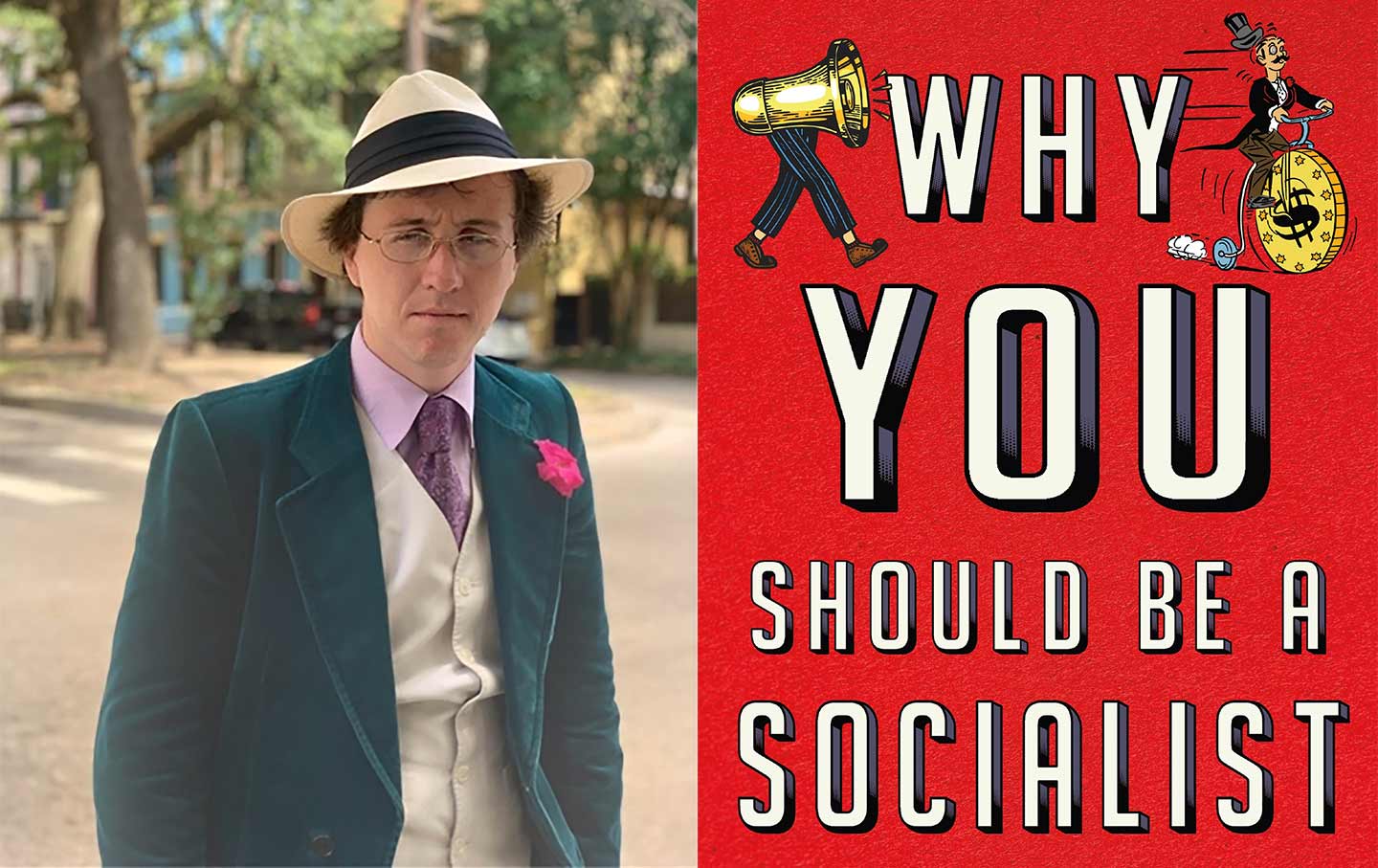 In the last decade or so, there’s been a resurgence in the world of leftist magazines: Younger outfits like Jacobin (now eight years old) and revitalized older presences like Dissent (now 65) show the hunger for more radical diagnoses and commentary in a post–Occupy Wall Street, post–2016 election era. In this arena, a fantastic new publication debuted on the scene a few years ago: Current Affairs. Its editor in chief, Nathan J. Robinson, founded the “freewheelin’, anarchistic,” New Orleans–based magazine in 2015 to bring a little joy to his readership—in between expressions of his barely restrained rage with the world’s deeply unequal status quo.

Robinson is a well-dressed man with a peculiar British accent, who made a name for himself by predicting the outcome of the 2016 election—and writing 10,000-plus word articles tearing apart the philosophies of right-wing dilettantes like Ben Shapiro and Jordan Peterson and 2020 presidential hopefuls like Pete Buttigieg and Joe Biden. He is a prolific writer: On the homepage of the Current Affairs website, his byline often appears on nearly all of the available articles and commentary. In a span of five years, he’s written or cowritten 10 books; the first of two published this year is a 217-page fictional memoir by his 87-year-old self, 56 years after Bernie Sanders wins the 2020 presidential election.

The author of an additional six children’s books and a lawyer by training, Robinson writes thorough and intricately constructed articles that are largely theory-based cases for leftist ideas and causes. And he articulates these cases to a broadly left-leaning audience—liberals included. When I spoke with him by phone to discuss his latest book, Why You Should Be a Socialist, he made one thing clear: “I’m not writing for leftists. The whole book is why you, non-socialist, should be a socialist.”

In his trademark ferocious yet playful, serious yet sarcastic style, Robinson makes his case by presenting socialism in moralistic terms. Between his deconstructions of capitalist logic and his ruminations on freedom and libertarian socialism, a demand persists throughout the pages of his book: to ask ourselves how anyone could not believe in the need for a radically different tomorrow when such grotesque inequality exists all around us right now?

Teddy Ostrow: So why should I be a socialist?

Nathan J. Robinson: There are many, many reasons why. The argument around which I build the book is that, when you look at the world around you—and when you see the facts of the world around you, the condition of the people around you—you are sort of compelled, as a human being with even a shred of moral conscience, to be outraged by the things that you see.

Socialism is born out of this frustration and rage with the class system: having a small number of people who own the stuff and give the orders, and a large number of people who don’t own the stuff and who take the orders and do the work. To me, why you should be a socialist starts with having to be the kind of person who wakes up and looks around at the conditions of the people around you, and who feels a strong sense of solidarity and appreciation for the pain and suffering of others—and a determination to make sure that all people have access to whatever the ingredients we think are necessary for a decent life.

TO: Before you started Current Affairs, you studied to become a lawyer and also wrote children’s books. How does all that fit together with the work you do now?

NJR: I originally wanted to be a lawyer—I majored in African American studies and politics, but I did a minor in law. Of course, everyone at law school has the same revelation: Being a lawyer is not becoming Clarence Darrow or Atticus Finch, standing up and giving a big, thundering statement—it isn’t that. It’s a lot of writing memos that no one is really going to read. 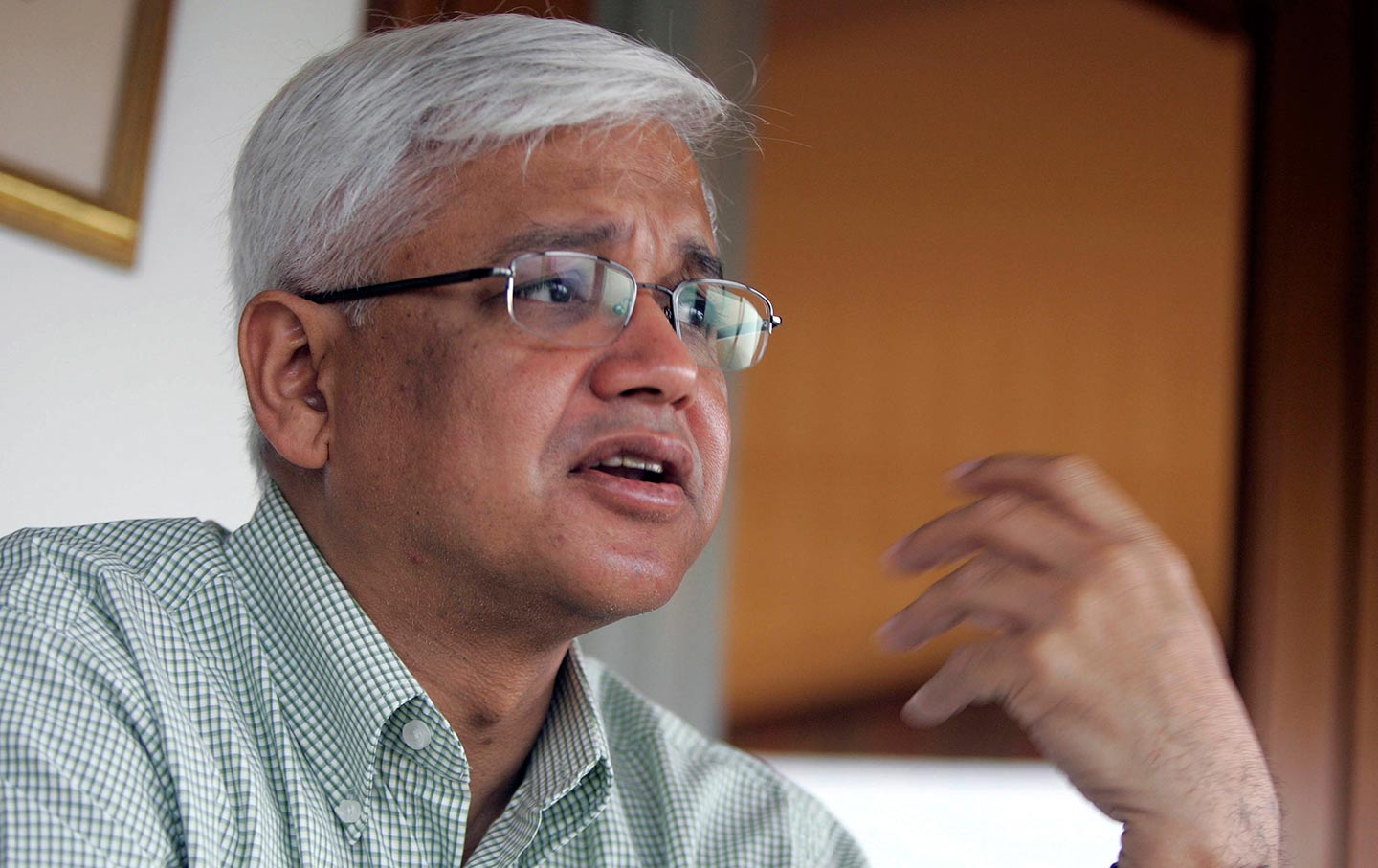 I went to work my second summer in law school for the ACLU National Prison Project, and I was working on a class-action lawsuit that had been going for 25 years against this prison and its conditions. They still hadn’t resolved the case, and the judge was turning like 90. Which meant he had been on it since he was in his 60s. I thought, “I need things to change faster—I can’t do a class-action case that lasts 25 years.” I became pretty sure that I didn’t want to be a lawyer. I thought, “Oh, maybe I can be an academic.”

I went to grad school and was immediately way unhappier. Grad school was so much worse than law school because in law school at least there is some relationship between the thing you’re doing and its real-world consequences for human beings. Academia is very different; it feels very, very detached. That kind of disturbed me a lot, and I became very depressed. And so this bizarre thing I started doing for pleasure was making these weird children’s books. It was super fun, but it was also clearly pointless, and I wasn’t quite sure what I was going to do with this pile of children’s books under my belt.

The other thing I was doing at this time was freelance writing for other publications. I was writing for The New Republic, The Nation, The Huffington Post. I was doing a little bit of freelance stuff because—and I’ve always been a compulsive writer—it was an outlet for my writing, a place where I felt people could read it, rather than my scholarship, which they couldn’t read.

So I was doing both serious writing and this kind of frivolous writing, and the magazine came into my head as a way of maybe merging the two somehow: Maybe I could take this very wacky spirit of these children’s books and combine it with the kind of political writing that I enjoy doing, which is accessible to people and sort of breaks down important political issues in a clear way.

TO: In Why You Should Be a Socialist, you spend time breaking down the differences between how radicals, liberals, and conservatives think. Could you summarize the key points of difference?

NJR: “Socialism” is a difficult term to define. But I do think there is a kind of socialist worldview and socialist set of values that are markedly different from the liberal set of values.

I don’t think I really define “conservatism” in the book, but I do talk about the characteristics of conservative-type arguments and ways of thinking, which I think are captured very well by Albert Hirschman in The Rhetoric of Reaction, where he talks about perversity, futility, and jeopardy. Conservatives argue that any attempt at social progress will either have the opposite of the intended effect, or it will have no effect, or it will destroy some existing institution that is precious and fragile. I think that does characterize a lot of conservative discourse.

There’s no accident that conservatives see people on the left as bleeding hearts. But I find that really interesting, because your heart should bleed. It’s important that your heart bleed with some basic empathy. And really, one of the fundamental characteristics that you see when you look through conservative rhetoric is this real nastiness, this real contempt, like: “Your life sucks, and it’s your fault. Personal responsibility! No one else is to blame.” It’s a real lack of compassion.

TO: How would you respond to someone who argues that socialists need to get realistic? What is the utility of utopianism for the left today?

NJR: I think as an exercise in imagining a better world, utopianism is not just useful but crucial, because what we have to do is have some real sense of what we’re aiming for. Not just what our general sympathies are, but also if we look at the world around us and try to imagine what we, as people who are trying to effect social change, are going to do: What kind of world do we see in our minds at the end of all of this?

I did this exercise where I listed in the book all of the things that people would put in their utopia. I asked my friends and people who follow Current Affairs on social media, “What would you have in your utopia?” And people were talking about quite simple things that weren’t that far away from things we have now but have been made to seem kind of impossible. It was things like, “I want to be able to go to the doctor and not get a bill,” but then it was also things like, “I want public spaces. I want free theater and free outdoor movies. I want these amazing great playgrounds where every child can come and use it.” And a lot of it was about things in common, places where you don’t have to spend money. It was about a world free of violence and deprivation, but also one with really strong communities and really well-endowed public institutions.

And in the book I use the examples of getting rid of borders and prison abolition. Getting rid of borders seems crazy utopian until you realize that for most of human history, there weren’t any borders. It’s the same with prison abolition. You can think, “Well, there are countries around the world today that really have very, very few people in prison—is it that crazy to think that someday we can reduce that population to almost nothing, if not nothing?” I don’t think so. Your utopia becomes something much more feasible when you start having these dreams and start thinking about what it would take to achieve them.

TO: But you say that you’re not an optimist and that you don’t quite like the term “hope” to describe why you live and fight as a socialist.

I really and truly don’t know, and the standpoint that I advocate is a position of humility. Barack Obama really tarnished the word “hope” by associating it with some meaningless bright future, completely ill-specified. So the word “hope” is kind of cringey now; it comes across as a kind of blind hope or hope that doesn’t require action. The word I prefer is “determination,” which is to say: We don’t know whether we are going to succeed, but we are determined—by God!—to try.

The old anarchist slogan “Demand the impossible!” has always resonated with me. You take the thing you think is impossible and then you don’t accept that it’s impossible. You refuse to accept that; you set that aside and say, “It doesn’t matter—it’s going to happen, and it’s my job is to make it happen.”