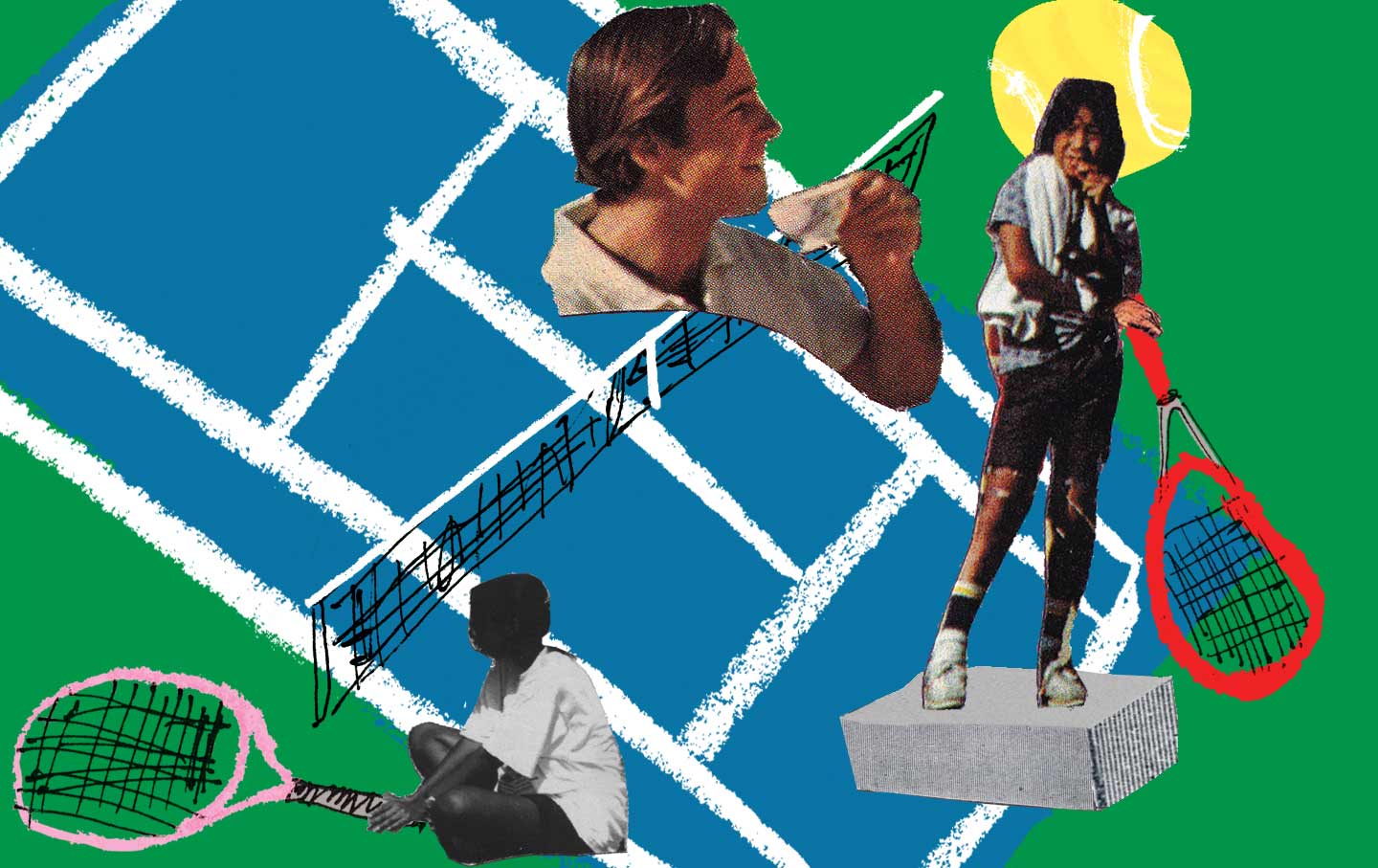 Dear Liza,
My daughter joined the high-school varsity tennis team. The tennis coach told her that she should take “privates” (paid lessons with him at the local tennis club at $45 an hour) if she wanted to “go far.” My daughter had no interest in lessons as she was already going to team practices eight to 10 hours a week. The coach gives no instruction to players at practice, reserving it for these “private lessons.” My daughter was replaced on the varsity singles team by another player who did take private lessons with the coach. This player—let’s call her Isabel—was moved up to the varsity team, and my daughter was relegated to junior varsity without a “challenge match.” Such matches are required by high-school athletic-association rules, but the rules were not followed. My daughter had beaten Isabel three times. We found out that this coach and others had been promoting players who took private lessons with them for years. What should we do?
—Tennis Dad

Such corruption is rampant in youth sports. The coach is grotesquely abusing his power. If your daughter wants to fight this, you must help her do so. Try pointing out to the coach (in writing) that he broke the athletic association’s rules and ask for a match between your daughter and Isabel. If he refuses, try to persuade your daughter to let you intervene further. A complaint to the principal and your state’s high-school athletic association could force the coach to change his ways or lose his job. It’s crucial for kids to see their parents standing up for them and against injustice.

But your daughter wants to keep playing tennis, and she may fear retaliation from the coach and the rest of the team. So she may not want you to go over his head with these complaints. Since she’s nearly a young adult and it’s her problem, she gets to decide how it’s handled. If she won’t protest, she must make the best of the JV squad. But please do write detailed and blistering letters to all the relevant authorities after she graduates.

Even without such direct extortion, the amount of parent involvement and money entailed in becoming a serious youth athlete in this country is a scandal (writes this columnist from the soccer field where her son practices three times a week, not counting weekend travel that sometimes involves hotel stays). As parents, we have a responsibility to resist, at the very least, the worst excesses of this system.

#MeToo is mainly about work situations, and so it should be. Being treated like a skirt—a headless skirt, depending upon the level of vileness—can ruin a workplace, a career, or even a life.

But what about when that stops? Needless to say, my complaint isn’t that the invisibility is unflattering. I’m happy enough to have my threads of gray, and I have a lover at home who likes them. But vulgar erotics are still a kind of attention, and with it comes, or came, the invitations to go out for a drink, be in a group chat, get cc’d on e-mails, or have lunch with someone. Now I can see that diminishing. It’s not all gone, but I already feel excluded, and anticipate more of the less. I’m not old, just too old. I don’t like it, and I don’t think it’s good for my job or career.

I saw this hashtag recently, and I’m with them.

When Is It OK to Comment on a Woman’s Appearance?

While no one would claim that being harassed or assaulted at work is a privilege, it’s true that when straight men hold power in an industry, being sexually appealing to them can help women’s careers. Over lunch last month, a colleague and I—both of us middle-aged female journalists—discussed a male editor we knew who had recently been fired for #MeToo reasons. I knew this man well; when I was in my 20s—two decades ago—he used to invite me to drinks and to parties. He would also call me at home in the evening and attempt to flirt. At one point, he hinted strongly that I should visit him in the tropical locale where he had a second or third home. I received many assignments from this man. “What’s so galling to me,” my friend mused, “is that while he was calling you at home, he was ignoring my pitches. I wasn’t his type!” I noted that after turning 30, I never got another call—or assignment—from the guy again. My friend and I laughed, but also reflected that there was something serious here that isn’t discussed often enough. The economist Joan Robinson once observed that, under capitalism, the only thing worse than being exploited is not being exploited at all. Similarly, erotic attention, as a form of professional capital with material consequences, can be troublesome—but so can its absence.

What to do? Of course, we all need to build women’s social and economic power and fight the ageism in our culture. But you must also take control of your own situation, AgainstAgeism. Our long-term professional relationships help, since those tend to be based on what we’ve done rather than whose eyes we’ve caught. (Besides, if veteran colleagues once shared a pleasant, mutual erotic vibe, a few wrinkles won’t tend to diminish it.) Focus on strengthening such connections. While the problem you describe is real, it’s greatly alleviated when we seek out female collaboration, befriend female colleagues, and mentor young women. Many professions have formal networking groups specifically for women. I’d also recommend queering your networks; connect with people in your profession who are trans, genderqueer, gay, or lesbian. Such circles are not free of ageism (far from it), but it would be naive not to acknowledge that, as fond as we are of many of them, straight men are more likely than our other colleagues to (unconsciously or not) punish us for no longer being vulnerable, smooth-skinned sylphs who look like (and can make) babies. Unless your industry is completely male-dominated, there is plenty of delightful socializing to be done without men. And when heterosexual male co-workers forget to cc you on invitations, they’ll soon be the butt of your laughter over lunch, where an alternative source of power is taking root.