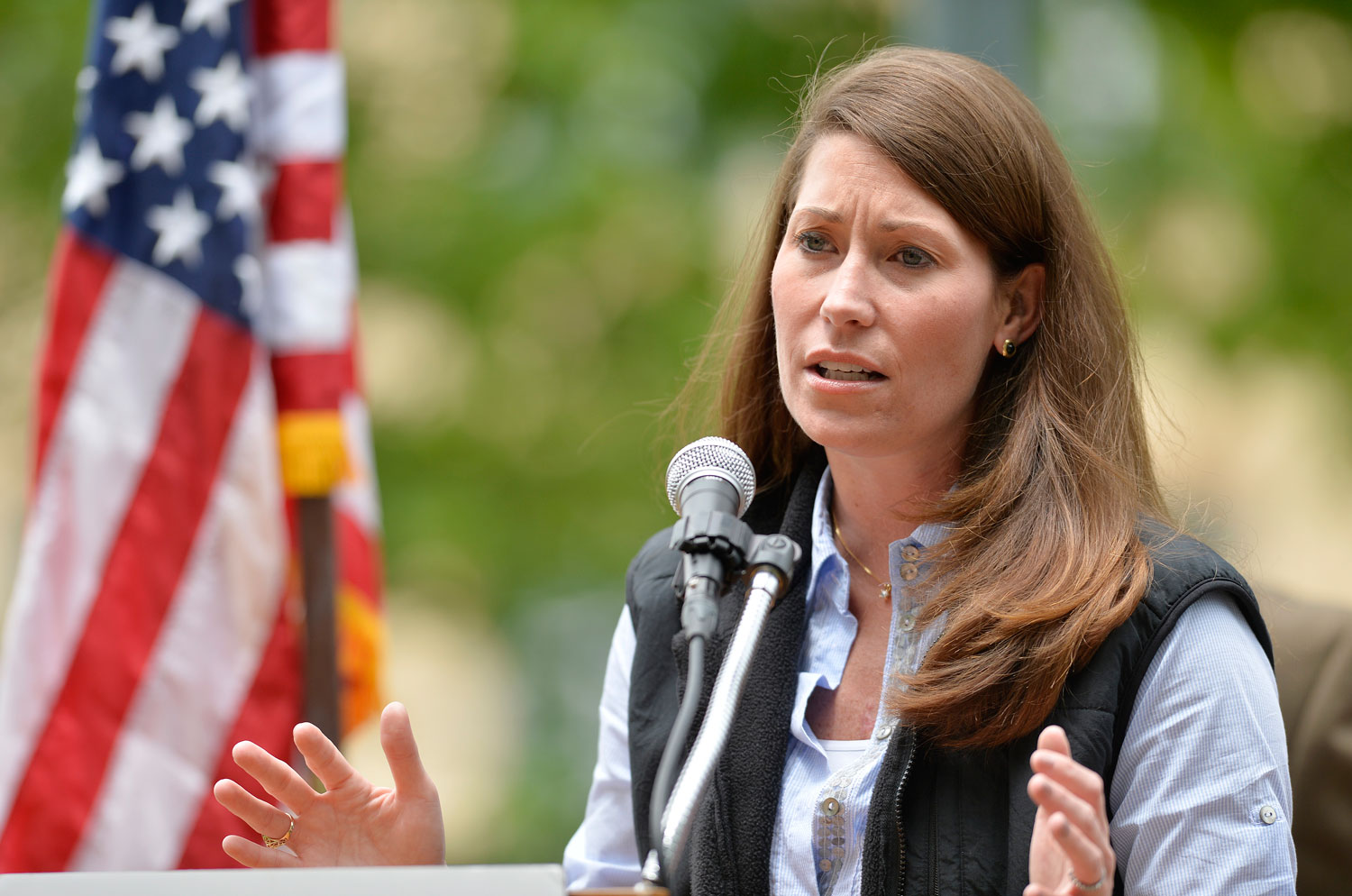 Things were beginning to look up again for Alison Lundergan Grimes, the Kentucky Democrat who has a fighting chance of knocking Mitch McConnell out of his over-warmed seat as Senate minority leader. After slipping in the polls and getting outspent by McConnell forces two to one, Grimes surprised everyone last week by surging in the latest Bluegrass Poll, topping Mitch by two points, leaving her within three points of McConnell in the latest RCP poll average.

Then, at an endorsement meeting with the Louisville Courier-Journal yesterday, this happened (see first 40 seconds):

Like so many Dems running in red states, Grimes’s campaign revolves around the chant “I’m not Barack Obama.” Which makes it all the more strange that she didn’t have a stock answer for a question she had to know was coming. “Grimes is fairly new on the national scene, but she’s not new enough not to know how to answer this fairly simply,” Phil Bump writes in The Washington Post. “’Yes, I voted for him,’ you say, ‘but I’ve been disappointed by a lot of the things he’s done, particularly on COAL and JOBS and GUNS’ or whatever.” Chuck Todd, the new host of Meet the Press, is not new enough not to know better than to go overboard by saying, as he did on Morning Joe, “I think she disqualified herself” (a blowhard statement the rightwing blogs are lovin’).

Still, Grimes’s refusal to answer a direct question kind of shreds the image she’s assiduously been building as a strong Kentucky woman who looks tougher handling a gun than Mitch. That—and proving her distance from Obama—was the whole point of her ad “Shooting Skeet.” “It’s that gun ad” says Democratic Representative John Yarmuth of Louisville that’s responsible for her rise in the polls.

Her refusal to answer if she voted for Obama comes right after Mitch’s own bad performance earlier this week: he sounded angry and petulant on the most popular radio show in Kentucky.

No, we progressives don’t like that Grimes won’t say who she votes for, that she won’t mention Obamacare—even though its Kentucky incarnation as KYnect is extremely successful—or that she’s trying to sound like she’s dirty coal’s best friend.

But the risks of her losing—the GOP winning the Senate and McConnell running it—are worth sucking it up for. If you want to look deeper into Kentucky politics, you should check out “Five Days in Kentucky,” Al Jazeera America’s half-hour special tonight at 8:30 ET, the culmination of shorter reports that have been running all week.

And if you want to dig still deeper into the Kentucky coal debate, you have to see Chris Hayes’s “Coal Country,” also a five-parter running every day this week, on his 8 pm show on MSNBC; it began with a focus on Kentucky, travels to other states, and lands on the future beyond coal.