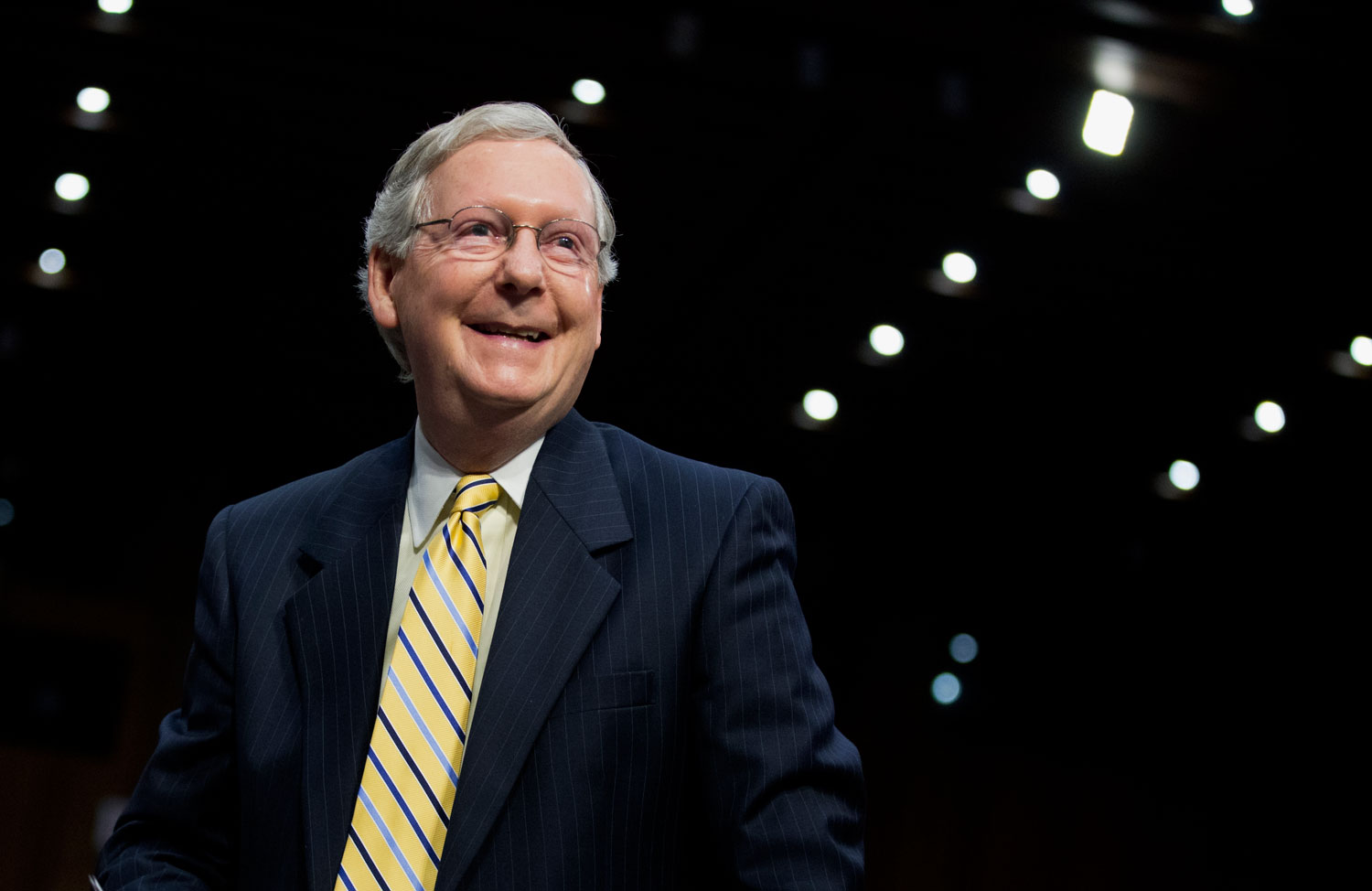 In an election that could propel Senator Mitch McConnell to become Senate majority leader—a position that would give him wide sway over climate change policy, including influence over the Environmental Protection Agency—, the Kentucky politician declined to respond to a question earlier this month about whether he believes climate change is a real problem. “I’m not a scientist,” McConnell responded in an interview with The Cincinnati Enquirer’s editorial board.

But earlier in his career, when McConnell played a pivotal role on behalf of the tobacco industry against increasing government regulation and taxes, the Republican leader believed he had enough scientific knowledge to question public-health officials.

“There clearly is insufficient science or logic to justify this extreme action,” McConnell said in 1993, at the time enraged that the government had proposed a ban on smoking in federal buildings.

Starting in the 1980s when he joined the US Senate, McConnell sent multiple letters to regulators to question the science behind efforts to curb indoor smoking. In 1995, citing a CRS report, McConnell joined with three other senators to call into question the claim that indoor cigarette smoking causes “increased cancer risk.”

The close working relationship between McConnell and tobacco firms is spelled out in detail as a result of litigation that forced the disclosure of thousands of company documents. E-mails and letters show that representatives of tobacco firms R.J. Reynolds and Philip Morris guided McConnell behind the scenes, providing the senator with talking points that he later used to criticize the FDA for proposing anti-smoking rules. As the Lexington Herald-Leader reported, tobacco industry “attorneys helped draft a bill [McConnell] filed to protect their companies from lawsuits, as well as his correspondence to the White House to oppose federal smoking-prevention programs.”

In many ways, McConnell’s willingness to help big tobacco was rewarded. The Nation has identified twenty-two different notes from McConnell and his staff to tobacco lobbyists, thanking them for various gifts. “Thank you so much for sending me the beautiful ham,” wrote McConnell in one such note to a representative of the Tobacco Institute. Other letters thank tobacco reps for their gifts of “delicious pecan candies,” “luscious citrus fruit,” Ringo Starr tickets and other tickets to various theater performances and football games.

The biggest payoff for McConnell’s advocacy related to election money. After helping to “kill a proposal to curb youth smoking,” McConnell reportedly asked an R.J. Reynolds lobbyist for $200,000 in campaign money for Republican senators. Philip Morris later provided the senator with $150,000 for GOP campaigns, according to a report by the Herald-Leader’s John Cheves.

When McConnell provided his “I’m not a scientist” response, he was quickly attacked by critics for a feckless dodge, particularly given the fact that US senators must decide on a range of national policies regardless of professional experience.

“Money plays a role in almost every decision Mitch McConnell makes,” says David Donnelly, president of Every Voice, a campaign-reform group that is spending money in the election this year. “In the ’90s, he shilled for tobacco as the industry promised him and his colleagues protection and now, with energy billionaires and oil companies fueling his campaigns, he’s covering for them on climate policy.”

Read some of the letters between McConnell’s office and tobacco lobbyists here, courtesy of the University of California, San Francisco’s archives:

Mitch McConnell and the Tobacco Lobbyists by TheNationMagazine