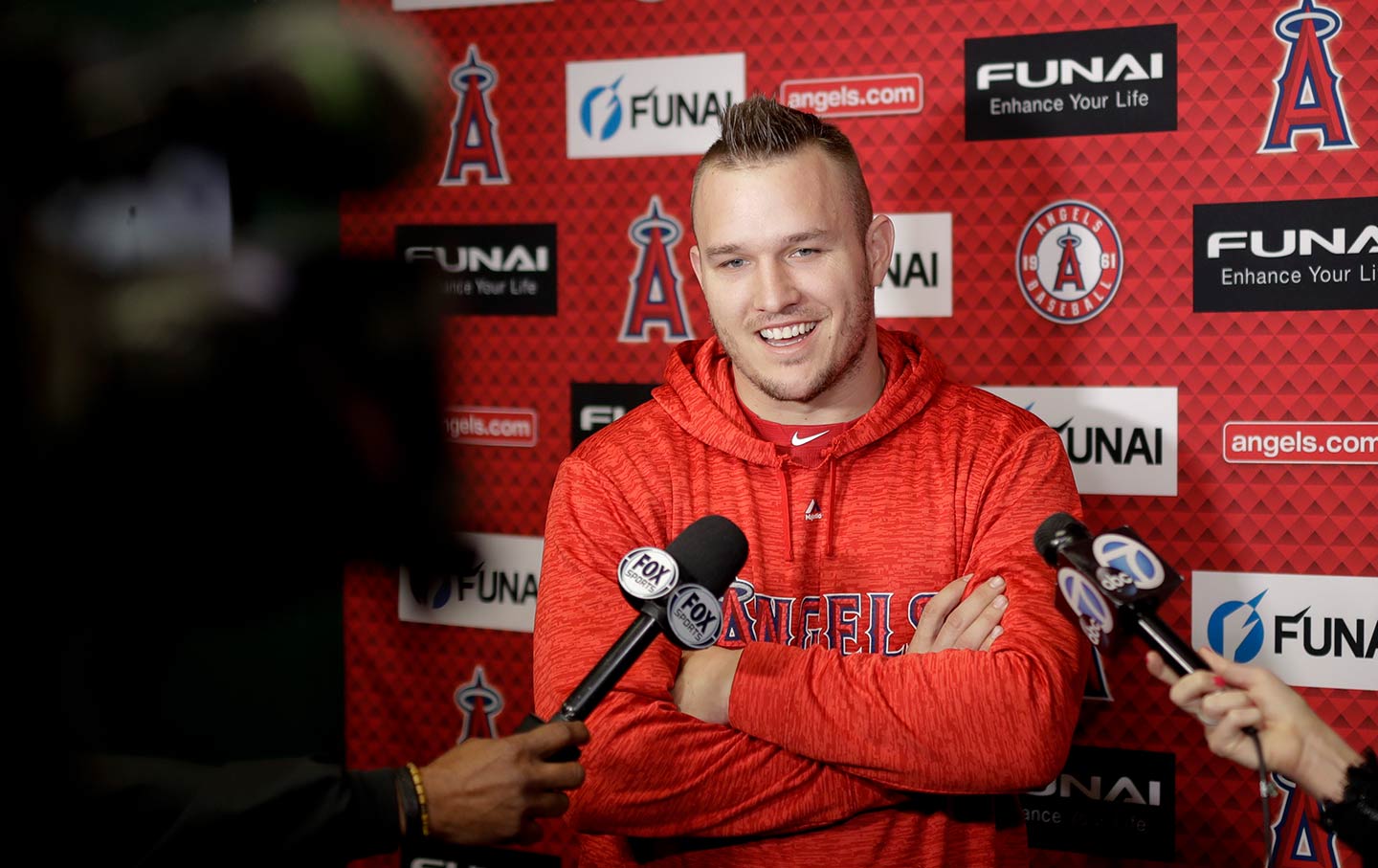 The number itself is eye-popping, sending the jaws of media members and baseball aficionados to the floor with the speed of a Randy Johnson fastball. Mike Trout of the Los Angeles Angels will play the next 12 years for $430 million. It’s the largest contract in the history of US sports, and the biggest number ever to be earned by a baseball player, by over $100 million.

Does Mike Trout deserve it? Of course he does. Baseball is a $10 billion-a-year business. The Angels have a $3 billion cable contract. And Mike Trout is the greatest player of his generation. As ESPN summed up nicely:

Through his age-26 season, Trout has won two MVP awards and finished second in the voting four times. He has compiled the highest career WAR (Wins Against Replacement) through his age of any position player in history, just ahead of Ty Cobb and Mickey Mantle. He led the American League the past three years in on-base percentage, the past two seasons in OPS and the past four seasons in park-adjusted OPS. He has hit .300 five times and owns a .307 career average. He hits for power, steals bases, draws walks, scores runs and plays center field.

In many ways, Mike Trout is also the perfect symbol for baseball in 2019. He is brilliant on the field, yet almost completely anonymous off of it. The $430 million man could walk through LAX and go unrecognized, unless he were wearing a T-shirt that read, “Hi. My name is Mike Trout.” He is not going to be the face of the sport. That baseball can both afford his contract and afford his anonymity speaks to a far broader economic problem.

While Trout and former free agents Bryce Harper and Manny Machado have contracts in excess of $1 billion combined, two out of three MLB teams have actually cut their payroll. The Pittsburgh Pirates are one of those teams, with a payroll that’s $15 million less than it was a year ago. Roughly 100 free agents will find themselves out of work. This includes star players like closer Craig Kimbrel and former Cy Young winner Dallas Keuchel, still unsigned as opening day looms. Tony Clark, head of the Major League Baseball Players Association, says that the MLB is currently not in the business of putting the best teams on their squads. While superstars earn unprecedented sums, most players are seen as cheap and expendable. Most solid or even All-Star players are on the outside looking in.

The problem is that teams no longer see their financial fortunes tied primarily to putting a good product on the field. Revenue is tied less to ticket sales than to public subsidies for new stadiums, and sweetheart cable-television deals. Team owners have less incentive to pay the middle class of baseball talent, opting instead to organize their teams with haves and have-nots—a small group of lavishly paid players and then a precarious mass. Yes, the minimum baseball salary is $550,000 per year. But the average baseball career is between five and six years, with players finding themselves with few options once careers have ended.

The union believes that the root of the problem lies in how teams handle revenue sharing where teams that spend over the salary cap must also divvy up their funds with the smaller-market franchises. The union’s problem is that the collective-bargaining agreement says that teams must use these revenue-sharing funds to improve the franchise, but it doesn’t specify that this money must necessary be used on payroll. By August 15, teams are required to break down how they are spending this money, or the union can request a full audit to see if these funds are just going into the pockets of the billionaire ownership class. What is certain is that the union has a fight on its hands to make sure that an increasingly wealthy ownership doesn’t turn baseball into a neoliberal laboratory of haves and have-nots, with a declining middle class of talent, and fans wondering what the hell happened to the local team.

So good for Mike Trout. But know that his windfall is a cover for a larger rot.