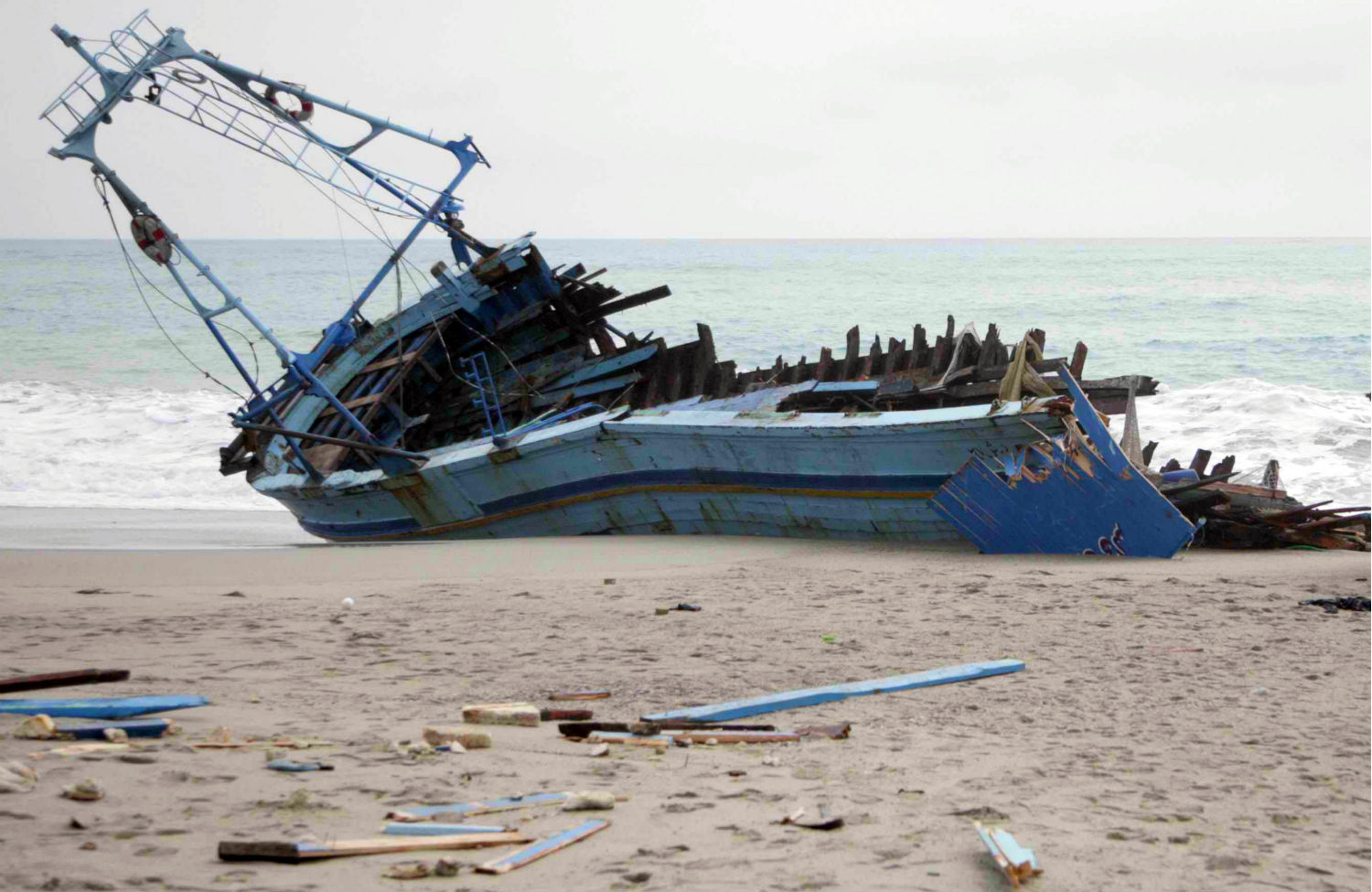 Sea, you’ve drowned the girl’s husband
And she’s young, and black doesn’t suit her
Sea and salt water, I can’t forget you
Sea, little sea, you are my only joy.
—Song from the Dodecanese Islands.

For those who lived by it, the sea was once everything: provider and destroyer, the link to the rest of the world and the force that fenced them in. Even now, for Mediterranean people, it quenches a deep thirst. Many Greeks surviving the interminable crisis (don’t think it’s over because it’s fallen off the world’s front page) have clung to that reliable delight: the summer days counted in swims, the ride in the sweaty bus to feel the sun on your back and the coolness at your feet, the return half-sleepy and caked with salt, the slow hush of the waves and the body’s oblivion. Because nobody is allowed to own the shoreline; though everything else might have a price, the water and light are free.

But even the sea—the ultimate commons—is now darkening. The Mediterranean has become the grave of countless migrants fleeing war and poverty: last week yet another small vessel capsized in the North Aegean, carrying people from Syria, Somalia and Eritrea. At least twenty-two were drowned, most of them women and children; some of them died trapped underwater in the cabin. These catastrophic shipwrecks are a regular occurrence, in the Aegean and in the Mediterranean south of Italy. Last month an Amnesty International report published yet more evidence of the horrifying treatment of migrants by Greek state agents: routine illegal pushbacks across the border, sometimes by hooded men; live rounds fired at boats; beatings, threats and extreme humiliation by the coast guard and police. Amnesty calls on the EU to sanction Greece for its violations of international law, but also acknowledges the EU’s responsibility. Between 2011 and 2013 the European Commission gave Greece €227,576,503 to keep the migrants out, but only €19,950,00 to help with their reception. The EU uses its border states as a barrier and prison camp for the frightened, impoverished people it would rather drown than save. The Mediterranean is now the moat surrounding Fortress Europe.

Meanwhile, a disastrous new bill before the Greek parliament would allow privatisation of the seashore and remove restrictions on development, in a myopic attempt to monetize Greece’s greatest environmental and imaginative treasure. The outcry against the bill from across the political spectrum and the frenzy of Internet organizing suggests that for many people this feels like the last straw. Beyond the well-founded rational objections—that building concrete high-rises on hitherto empty beaches is environmentally catastrophic, economically shortsighted and politically suspect, cementing as it does the long-established back-room bonds between politicians and the construction industry, now with added foreign investment—there’s a deep resistance to what feels like the plundering of the country’s soul. Jobs and pensions and health and homes and dignity have gone, but until now there’s been a place that the hand of the market can’t reach, that everyone can go to and nobody can own.

The migrants who risk and lose their lives to cross the water couldn’t care less, of course, if the longed-for shore is lined with hotels or turtle eggs. But these two realities are part of the same thing, promoted under the sign of Europe’s economic crisis: the protection of privilege, the subordination of human life to profit, the loss of everything that we once called the commons.