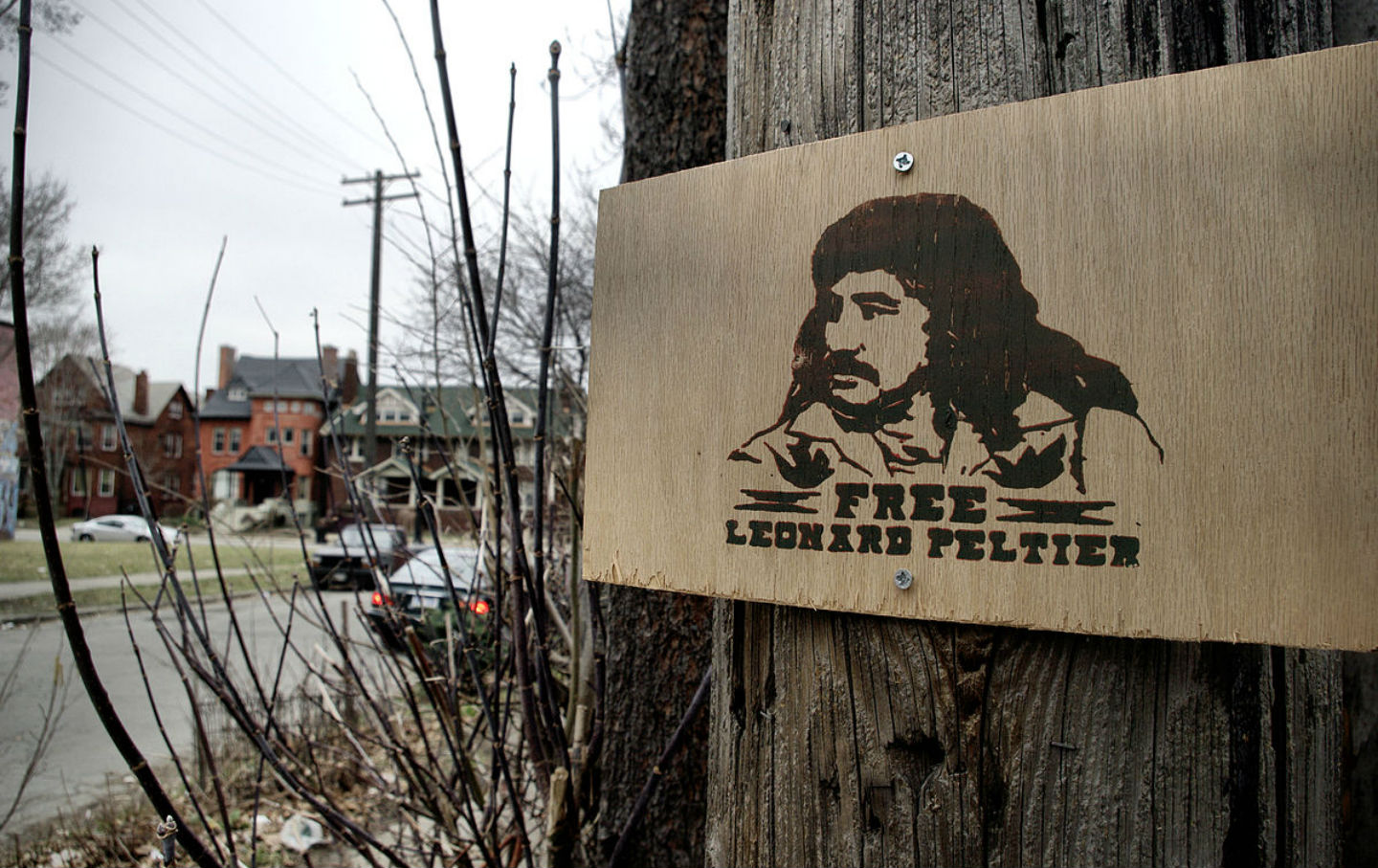 A Detroit poster in 2009, advocating for the release of Leonard Peltier, whose conviction related to the Pine Ridge standoff was seen as controversial and listed as “unfair” by Amnesty International. (Wikimedia Commons)

The occupation of the Pine Ridge reservation began in late February 1973, when members of the American Indian Movement—which had previously occupied Alcatraz Island and the Bureau of Indian Affairs office in Washington, DC—took control of tribal headquarters to protest the administration of Oglala Lakota chief Richard Wilson. US marshals and FBI agents quickly isolated the reservation from the outside world and exchanged fire with the activists inside. After the siege ended, when the government agreed to investigate the group’s allegations, AIM leaders were charged but later exonerated due to prosecutorial misconduct. Media attention was focused on Wounded Knee for months in the spring of 1973, which also saw Marlon Brando dispatch the actress Sacheen Littlefeather to the Academy Awards to turn down his Best Actor Oscar for The Godfather, in solidarity with the activists at Wounded Knee. The Nation’s article about the siege, written by frequent contributor Desmond Smith, focused more on the role of the media than on the activists’ actual concerns.

It goes without saying that the political grievances raised at Wounded Knee are genuine—even the despised [Oglala Lakota tribal president] Richard Wilson does not quarrel with many of the arguments made by AIM…. What is new in all this is the media coup d’etat. Given the impact and immediacy of global communications, it is now entirely possible for a small group of people to intimidate the strongest of governments. It is quite clear from this that such individuals can seize upon a real political grievance, stage it imaginatively, bring in the media, and proceed to insist that their own particular solution must be accepted by everybody else. The techniques of TV and press takeover are in their infancy, but we may be sure that wherever the obsessed are gathered there are such thoughts. To put an end to the collective penalization of innocent people is a priority for government and electorate alike. At the present time newsmen are helpless victims in the adventurist game of media blackmail.