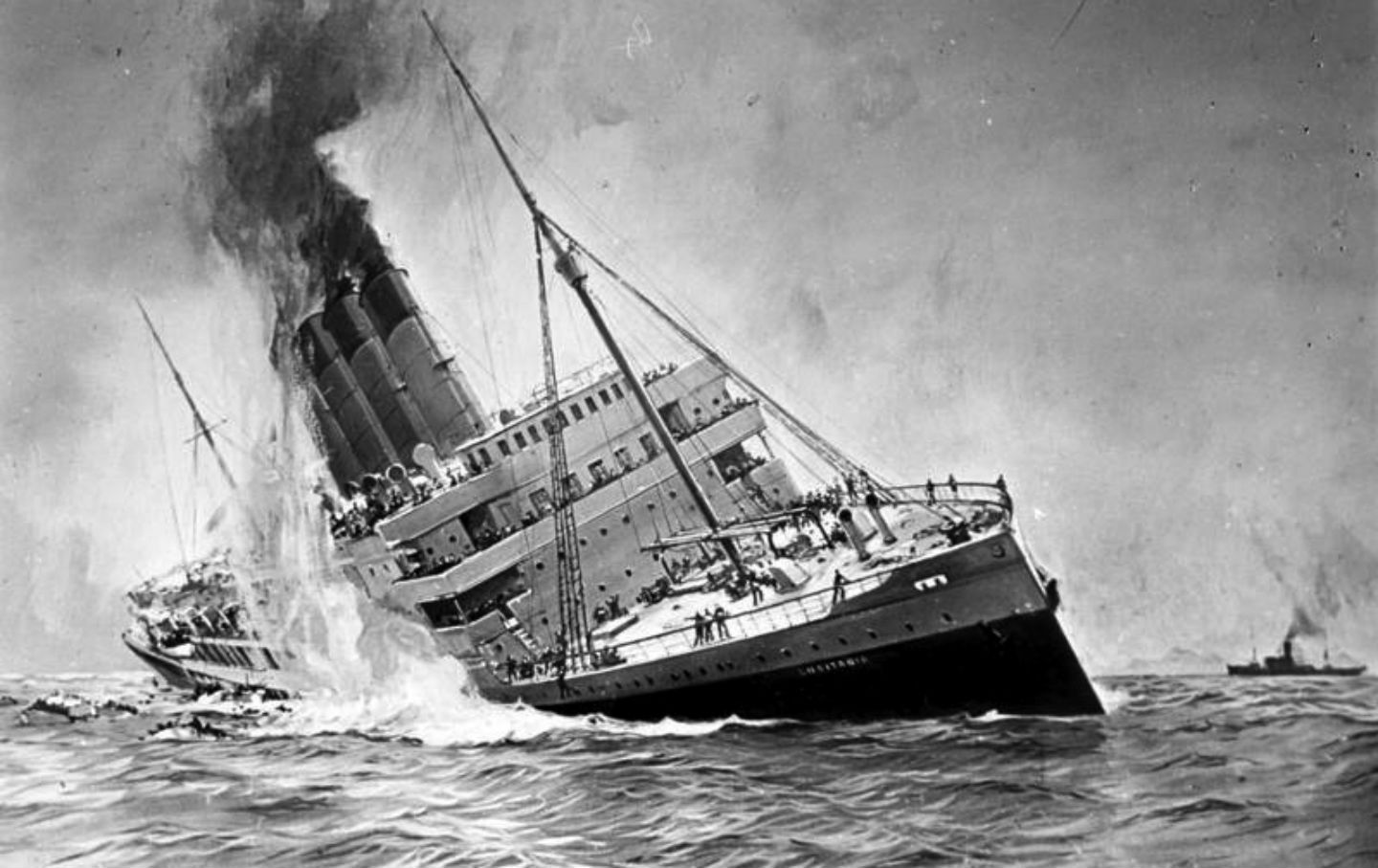 A 1915 painting of the Lusitania sinking, as rendered by the German government. (Wikimedia Commons)

Prior to US entry to World War I, The Nation was firmly against American involvement, to the point of being accused of pro-German sentiment (its owner and soon-to-be editor, Oswald Garrison Villard, was of German stock). Among other things, the magazine emphasized that it was the German government that was the belligerent power, not the German people. The sinking of the Lusitania made The Nation’s position more difficult, as evidenced by the following editorial note from May 13, 1915. The Lusitania was a passenger ship, but it has now been conclusively proven that the Lusitania was carrying munitions when it came under attack by a German submarine off the coast of Ireland.

It really seemed impossible that the German rulers had left for themselves a climax in deeds fitted to shock the civilized world, and to bring upon them the abhorrence of all humane people, but they had, and they have now attained it. Solemn treaties made scraps of paper; Belgium trampled into bloody mire; Louvain followed by Rheims; asphyxiating gases—it seemed hard to make that atrocious record blacker, but it has been done. As if the ruthless militarists now in control of the German Government were desirous of depriving their country, at one stroke, of every remaining shred of sympathy in neutral lands, they devised this crime of slaughtering the innocents so as to outstrip in hideousness all that had gone before, or that it entered into the imagination of man to conceive. The worst enemy of Germany could not have inflicted a blow upon her so destructive to her repute or to her hopes. The torpedo that sank the Lusitania also sank Germany in the opinion of mankind.